2021 needs to be the year that climate change urgency truly entered the collective consciousness and lasting action followed.

In the same way the effects of climate damage are often described as irreversible, so too is the movement calling for change.

Findings from the largest-ever survey of public opinion on climate change, carried out by UNDP in 2020, found that nearly two-thirds of people around the globe recognised climate change as a global emergency that must take priority. This message has been amplified by a pandemic that has demonstrated, in the most tragic of circumstances, that our old exploits and behaviors can change. That emissions can fall and that we are all accountable, today, for the planet we inhabit. 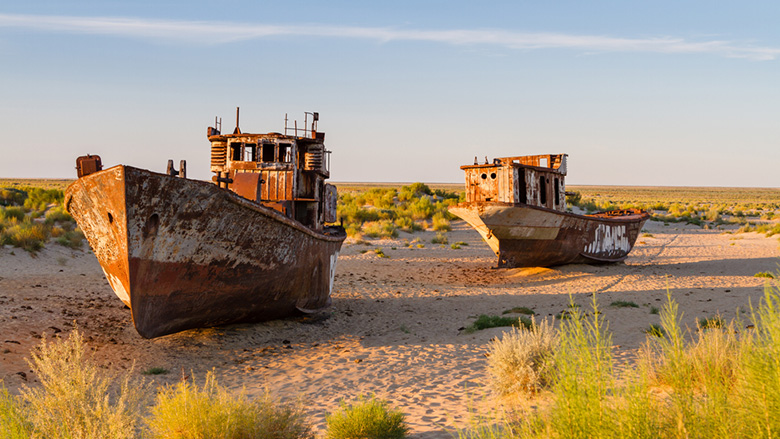 Aral Sea, Central Asia: The Aral Sea, once the world’s fourth largest body of inland water, shrunk dramatically after the two rivers that fed its waters were diverted in the 1960s to irrigate cotton and rice fields, causing one of the worst environmental disasters of our times. Through a project called the Climate Adaptation and Mitigation Program for the Aral Sea Basin, the World Bank has been supporting both Tajikistan and Uzbekistan in their climate mitigation and adaptation efforts in the former Aral Sea.

Across the world, governments and corporations have committed to net-zero emissions or climate neutrality targets toward 2050 and this momentum needs to continue as we move closer to COP26 in Glasgow at the end of the year. Because, despite the lessons of the pandemic that we can change and despite the commitments that have been made, emissions bounced back to pre-pandemic levels by the end of 2020.

Around the world the primary focus is on COVID-19. Beyond the millions of lives so sadly lost, people have also felt the economic pain brought to bear with this enforced transition. Businesses closed, jobs cut, and livelihoods jeopardised. Now policymakers are looking at how to bring the global economy back to life – with sustainability at its heart.

A great example of this economic rethink can be found in Europe. The EU’s ambitious Green Deal sets out a bold vision for climate action, recognising the crucial link between decarbonisation, climate resilience, natural capital, and social inclusion. Rather than scaling back the Green Deal in the face of the COVID-19 pandemic, the EU doubled down – raising its climate ambitions and putting the strategy center stage of its $2+ trillion recovery program. 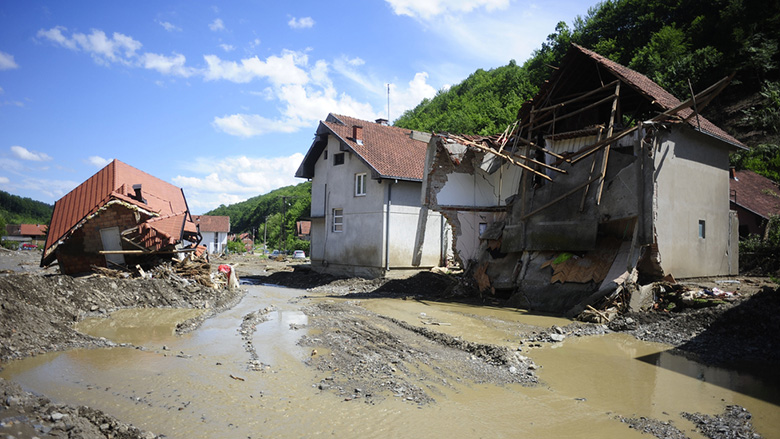 Flooding in Serbia: In 2014 a low-pressure cyclone affected a large area of Southeastern and Central Europe, causing floods and landslides. Over 1.6 million people were affected in Serbia and Bosnia after a week of flooding. The World Bank’s Floods Emergency Recovery project supported Serbia after the devastating floods of 2014.

Amid the pandemic, the World Bank Group has remained the largest multilateral funder of climate investments in developing countries, having committed $83 billion over the last five years. Across the world, translating bold climate objectives into policies and investments will require close attention to individual country circumstances and strong cooperation between national governments and international institutions. To stave off the worst impacts of climate change, policymakers should consider three key priorities:

First, ramp up financial support for middle- and low-income countries in areas such as clean energy technologies, access to electricity, sustainable forestry as well as resilience and mitigation measures to tame natural disasters caused by climate change. This involves richer nations supporting sustainable growth in poorer countries to help raise living standards and protect the environment. In our role, the World Bank Group has committed to an ambitious target: 35% of our financing over the next five years will go to support countries taking ambitious climate action. This will also be critical in supporting our country partners, including in Europe and Central Asia, to meet their national climate commitments made under the Paris Agreement in 2015.

Second, policymakers must view climate change through a multi-pronged lens. Too often in the past, climate or ‘green’ investments have been unfairly profiled: good for the environment, but costly and uncompetitive. The economic potential and savings of climate action are not always highlighted effectively. For instance, access to reliable electricity can extend business hours for entrepreneurs in developing countries. It enables children to study at night and improve their prospects. Similarly, clean cooking and heating materials have undeniable benefits for extending life expectancy and reducing costs of health care. It spares those in the home – often women – from spending each day collecting biomass, such as foraged wood or manure, to burn on rudimentary stoves. This is time that could spent on gaining an education or starting a business. 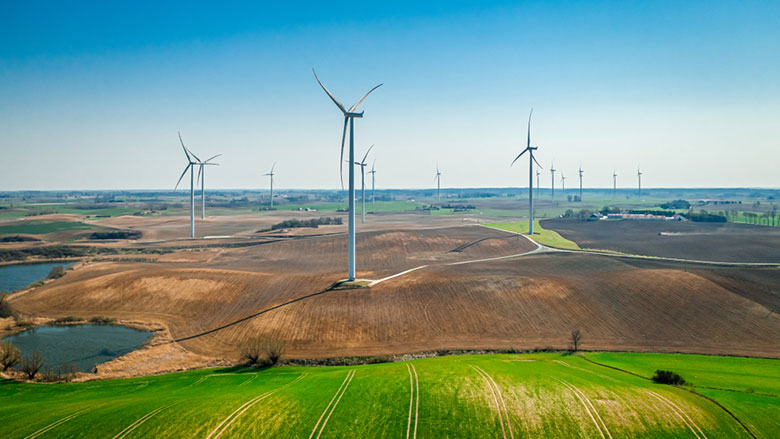 Renewables in Poland: The World Bank is supporting Poland to transition out of coal in a just and fair way. As a result, the share of renewable energy sources in the country’s generation mix will significantly grow above the current levels of around 20 percent.

We know by now that these climate ‘externalities’ all come with a cost to the economy. Failing to address them has negative implications for poverty reduction, fiscal performance, public health and ultimately economic growth. Institutions like the World Bank offer technical assistance and policy advice on how to maximise these benefits through investments.

Third, protecting the vulnerable from climate shocks and supporting the people and places that will be impacted by the transition to a low carbon economy. Just as we have with the COVID-19 pandemic, governments, businesses and international institutions must be ready to mobilise people and resources to protect the most at-risk groups in our societies. This means always being prepared for unexpected events by building programs based on the fundamental principle of resilience. The World Bank is supporting the European Commission with its €18 billion Just Transition Fund to help member states, particularly in Central, Eastern and Southern Europe, meet the EU’s climate neutrality goal by 2050. A big part of such a transition is phasing out coal use. The Bank is helping policymakers draw on lessons learned from projects in Greece, Bulgaria, the Western Balkans and Ukraine, as well as longstanding experience from the Russian Federation, Poland and Romania. Just Transition provides a comprehensive approach to energy policy changes and transitions and is of high relevance beyond Europe and Central Asia.

The reality is that climate change is a complex set of challenges – environmental, social, political and economic. There is no-one-size-fits-all solution and that is why it is so difficult to address quickly and impossible to tackle in isolation. This is where every country, large or small, has an opportunity to exercise global leadership in one way or another. Global and international financial institutions have an important role to play as conveners in bringing countries around the table to address a common threat.

Let’s look back at 2021 as the year when COVID-19 no longer stole lives and livelihoods and the recovery went into full swing while at the same time contributing to the collective net zero emission target.