Over the past 25 years, an astounding one billion people have lifted themselves out of extreme poverty, reducing by more than half the number of those living in such deplorable conditions.

This is great work but we can do even better. In the next 15 years, we believe that international trade, which has boosted economic growth and improved access to new technologies and innovations, has played a significant role in reducing extreme poverty in the past, and it can do so in the future.

But while trade can lift economic growth, the poor do not automatically benefit from new trade opportunities. Many people simply face too many obstacles to benefit from increased trade.

Gender inequalities mean that women face a range of constraints that limit their ability to participate in trade. The rural poor are often isolated from markets and lack access to technologies like modern seeds and fertilisers that could boost their incomes. In times of economic downturns, workers in the informal sector often fall into poverty without any type of social safety net. And more than 40% of the extreme poor live in fragile and conflict-affected areas, creating a major hurdle for the poor to reap the gains from trade.

But the World Bank and the World Trade Organisation – the world’s largest multilateral development and trade organisations – believe a series of policies can help countries deliver the benefits of trade to all their citizens, including the poorest.

Our latest joint report The Role of Trade in Ending Poverty recommends five policy areas that governments and the international community should consider to make trade more pro-poor.

First, lowering trade costs will help to deepen producers’ and consumers’ connectivity to the global marketplace. One concrete example is implementing the WTO’s Trade Facilitation Agreement, which will improve efficiency and governance at borders and help cut the costs of trade. This will reduce prices for the poorest consumers and create job opportunities in the developing world. InAfrica, only 5% of imported food staples are bought from other African countries due in part to intra-regional trade barriers. Facilitating intra-African trade would lift incomes for poor farmers while improving food security.

Second, governments and multilateral institutions must help finance local programs that connect entrepreneurs to markets. Supporting the activities of poor and small traders, particularly women, can widen the benefits of trade, particularly for those in rural areas. This includes tackling domestic barriers that drive up costs for poor producers. For example, our report cites evidence that increasing competition in the transport sector in West Africa could within a decade reduce the cost of transporting agricultural commodities by 50%.

Better information on prices and market conditions for poor producers can also help. Agricultural commodity exchanges in Kenya and Ethiopia are taking advantage of increased mobile phone connectivity in rural areas to provide farmers with SMS updates on crop prices. Up to three-quarters of farmers said this feature has helped raise their incomes.

Third, governmental support for a range of complementary policies to improve health, education and infrastructure will create the conditions necessary for more widespread participation in the trading system. The challenges here are great and the infrastructure funding gaps are large.

Fourth, governments and organisations must improve systems for managing and mitigating risks faced by the poor. By ensuring adequate social safety nets, for instance, we could increase people’s ability to withstand external shocks and seize opportunities to improve their lives. Trade policies can also play a greater role in helping manage risk. In East Africa, for example, a reduction in trade barriers could help mitigate the risks to food security associated with climate change.

And finally, governments need better data. Enhanced collection of data and analysis will help officials design and implement effective policies for maximizing the gains from trade. Innovative data collection methods provide new ways of connecting directly with the poor. Pilots of SMS-based surveys of poor traders have, for example, generated new methods for identifying corruption that they encounter.

Much good work already is underway, but there are far more opportunities to ensure that trade helps everyone. Our organisations are united to leverage trade opportunities so that they contribute to economic development, overcome the barriers which stop the benefits of trade from reaching the poorest, raise incomes, and improve people’s lives.

We pledge to lead a more co-ordinated approach that will expand the great benefits from trade to all people and will bring us closer to the historic goal of ending extreme poverty in just 15 years.

Trade and the Path out of Poverty 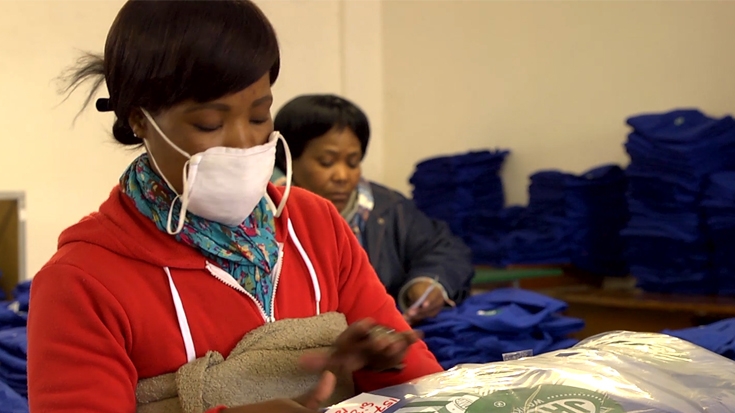 Trade and the Path Out of Poverty