Two months into my tenure as World Bank Group President, what stands out most for me is the urgency of our mission. Too many people continue to live in poverty; too many live without access to clean water, health care, or education; too many are not fully included in their local economy.

My priority is helping countries get good development outcomes. On my initial trip through Sub-Saharan Africa and Egypt, I listened to the specific challenges each country faces, and saw the common themes that will help them obtain good outcomes – peace and stability, country leadership, connectivity, resilience, sound business climate, solid debt management.

One example is Madagascar: 78 percent of the population is living in extreme poverty despite many resources. In 2018, the country had its first constitutional and peaceful transfer of power since independence in 1960. This led to President Rajoelina announcing the “Plan Émergence,” which focuses on improvements in road connectivity, energy and water access (currently impeded by the state-owned company’s poor operation and financial standing), as well as better social services. This plan should help unlock Madagascar’s agricultural potential and, assuming the government succeeds in creating a more conducive business environment, foster new economic activities that improve living standards for all Malagasy people.

Watch Chantal’s story: Chantal is a 30-year-old single mother of four. She lives in the village of Manely, Madagascar. Through an IDA-funded program she receives a monthly payment which helps support her family. She also uses the local health center which is also backed by IDA investment.

In Ethiopia, now the largest IDA recipient in Africa, Prime Minister Abiy Ahmed has played a key role in stabilizing the country and building peace with Eritrea. When we met in Addis Ababa last month, we discussed his vision for Ethiopia. He has launched an ambitious reform plan in strategic state-dominated sectors including telecommunications, energy, the financial sector, and shipping and logistics. Pushing forward with these important reforms, along with ending the two-tier foreign exchange system, will be critical for the country’s growth, opening the door to more private sector investment, better services, and fiscal sustainability. 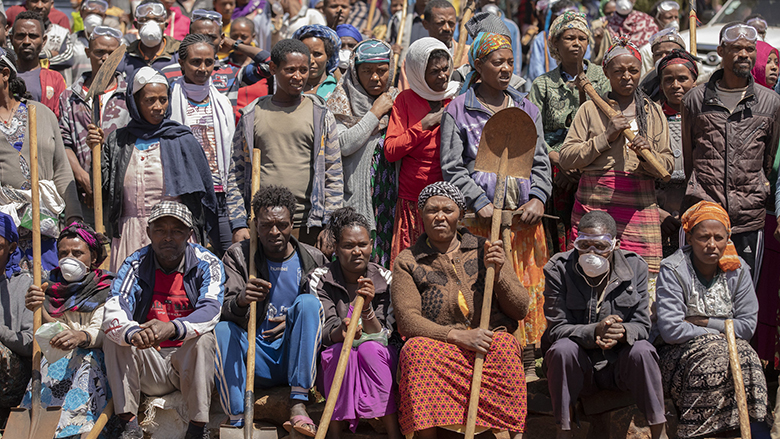 To support these major reforms, the World Bank Group helped with Ethiopia’s government to set up Africa’s biggest urban safety net program. This program provides cash grants to the most vulnerable, builds community leaders, and gives cash for work opportunities – such as protecting the forest from erosion on the side of Mount Entoto – while helping people train for new occupations.

I travelled to Mozambique, where I saw the importance of weather resilient infrastructure, donor coordination and country leadership during crisis response. The country was hit hard by cyclones Idai and Kenneth, and President Nyusi shared with me the catastrophic impact that affected millions of people. I met with the representatives of donor countries, and visited Beira, Mozambique’s second largest port, which suffered a direct hit from cyclone Idai. Through the National Disaster Management Institute, and with the support of more than 14 countries, the government has led a massive crisis  response, involving 1,000 aid workers from 188 organizations. The Bank has coordinated closely with the Government, UN agencies and donors to harmonize response. Within one month of Idai’s landfall, over a million people received food assistance, some 907,000 received clean water, and 745,000 were vaccinated against cholera. The port was also back in operation as the city cleaned up. This was partly thanks to a World Bank co-investment with Germany’s KfW for a stormwater drainage system whose 11 kilometers of canals and flood control systems prevented the city from flooding. The project includes solar-powered street lighting, which at some point was the only source of light in the city. 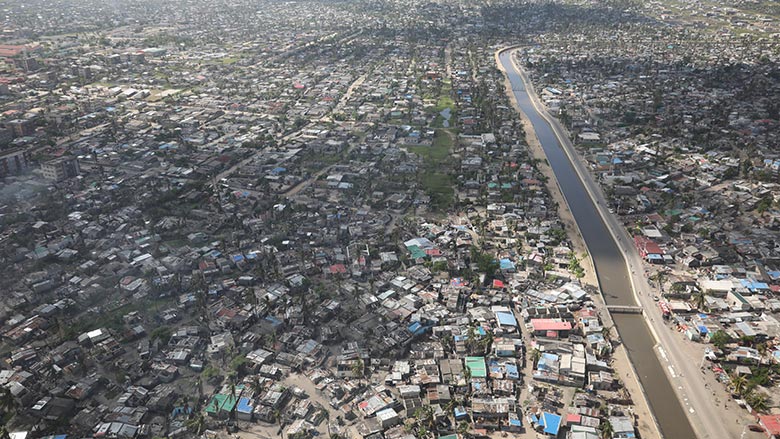 A view of Beira, Mozambique after the impact from cyclone Idai. Photo © Dominic Chavez/World Bank

To supplement the recovery from the devastating cyclones, we announced nearly $700 million in support for Mozambique, along with Malawi and Zimbabwe. Mozambique will receive $350 million from our IDA Crisis Response Window to re-establish the water supply; rebuild damaged public infrastructure and crops; and support disease prevention, food security, social protection, and early warning systems in the impacted communities.

Watch Marta’s story: Marta Eduardo is a resident of Beira, Mozambique. The town was hit by Cyclone Idai in March 2019.

Aside from the cyclone recovery, Mozambique’s political landscape still bears the scars of a 15-year civil war, and the President shared his plans to promote stability and a stronger growth agenda, including more investments in education, inclusion, and private sector solutions. These priorities were also on the minds of our country office staff, in addition to concerns about Mozambique’s debt and governance. The country is facing economic hardship from a scandal of hidden debt, which caused some donors to cut support. The government is now in the process of restructuring its debt and strengthening debt management to rebuild trust with investors and attract more private sector investment.

I also visited Egypt for meetings with President El Sisi, the Prime Minister and the Cabinet. I met with private sector representatives, and I also had an opportunity to visit several World Bank and IFC projects in Aswan in the south of the country. Egypt has implemented major reforms in recent years, but the next phase will be critical. Further progress on subsidies, governance, debt transparency, and state-owned enterprises will be vital to make sure that growth benefits all Egyptians.

Egypt has a tremendous opportunity to strengthen its economy by expanding private sector investment in sectors such as energy, tourism and agribusiness. But to do that, the country needs to allow competition, including between the private sector and state-owned enterprises.

This business potential was evident on my visit to the Benban solar project. Once completed, it will be the world largest solar plant, generating enough electricity to power almost a million homes and creating 4,000 long-term jobs. The project flow from an innovative approach by the government’s renewable Feed-in Tariff program.  By splitting sites into medium-sized projects, financed individually, Egypt has been able to enter the solar market while creating an asset class accessible to large and small private companies, both local and foreign. IFC helped finance the project with a standardized approach to documentation and collective processing, helping reduce negotiation time and operating costs. This initiative attracted over $2 billion of private investment and has brought new financial institutions into the project financing market, helping broaden the capital base for future power sector investments. This was an excellent example of Bank Group institutions – IBRD, IFC, and MIGA – working together to deliver good results.

Watch this video: Hosam Hussein is an engineer at the world’s largest solar plant, Benban in Egypt. The project was supported by the World Bank Group.

I also had the opportunity to visit Egypt’s innovative Takaful and Karama cash transfer program. In three years, the program has reached 9.5 million poor (88% of whom women) in an approach using social workers, automated tablets, and digital payments system through the postal system. The program has also improved education and health outcomes, as it is conditional on 80 percent school attendance and three health clinic visits per child each year.

I would like to thank everyone who facilitated my first trip. I came back from Africa hopeful that the World Bank Group, working together with effective leaders, other development partners, CSOs, and the private sector, can be a positive force for change in Madagascar, Ethiopia, Mozambique, Egypt and every other developing country.