Colombia is among the many countries around the world reforming their business regulations. © Pedro Szekely/Flickr via Creative Commons

Facing high start-up costs for his suckling pig business in Bogotá, Diego Bedoya followed the advice of his creditor. He used his animals, food, medicine, tools, and equipment as collateral, so he could begin producing and earning money. “So, how do I pay for the credit? I use my product to pay them.”

The micro-entrepreneur benefits from a collateral registry in Colombia allowing businesses to register moveable assets such as machinery or even their own products as collateral. More than 1.3 million such assets were registered between March 2014 and October 2016 backing loans from lenders, including some of the country’s largest banks. One-fourth backed credit to micro, small, and medium enterprises.

Between June 2, 2017, and May 1 this year, 128 governments introduced a record 314 reforms benefitting small and medium business and entrepreneurs, enabling job creation, and stimulating private investment.

These reforms are tracked – and inspired – by the World Bank Group’s Doing Business Index ranking 190 countries on the ease of doing business within their borders.

“Governments have the enormous task of fostering an environment where entrepreneurs and small and medium enterprises can thrive,” said World Bank Group President Jim Yong Kim. “Sound and efficient business regulations are critical for entrepreneurship and a thriving private sector. Without them, we have no chance to end extreme poverty and boost shared prosperity around the world.”

The buy-in for Doing Business was slow to come in many corners of the world after it launched in 2003. The annual ranking has become increasingly influential, as evidenced by the accelerating pace of business regulation reforms in every region. 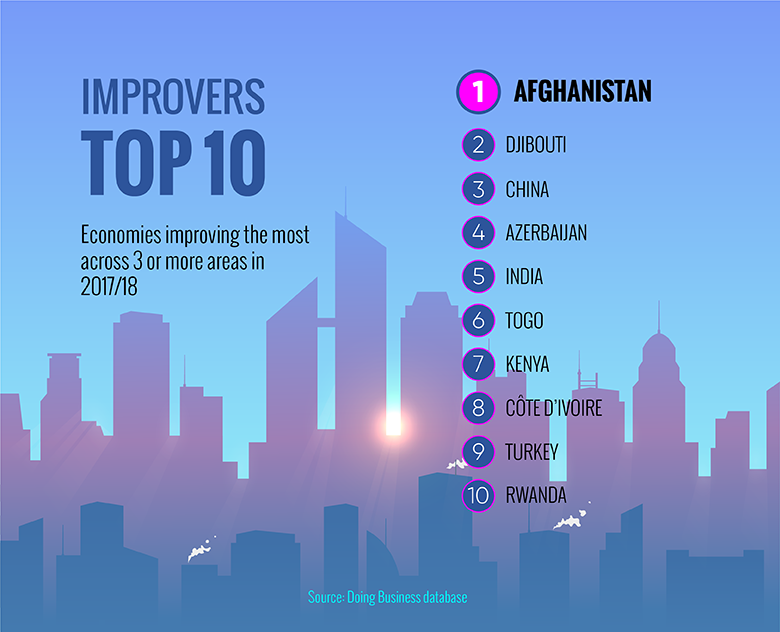 “In addition, there is a wide range of countries reforming this year – it’s more universal. No one questions that these things are important any more, such as the need for a simple process to start a business.”

In the last two or three years, “all the large emerging markets – such as China, India, Nigeria, South Africa, Indonesia, Russia – have taken on this agenda,” said Sylvia Solf, head of the World Bank Group’s Reform Advisory Unit, which advises governments on ways to improve the business environment.  “The fact that they are doing this is groundbreaking.”

"Sound and efficient business regulations are critical for entrepreneurship and a thriving private sector. Without them, we have no chance to end extreme poverty and boost shared prosperity around the world." 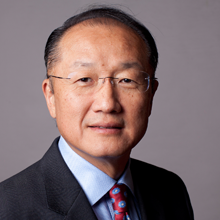 Making it easier to do business

By putting the perspective of a small, domestic company at the center of its analysis, Doing Business was revolutionary, said Solf. The index measures reforms in 11 areas: starting a business, dealing with construction permits, getting electricity, registering property, getting credit, protecting minority investors, paying taxes, trading across borders, enforcing contracts, resolving insolvency, and labor market regulation.

The most popular reform is making it easier to start a business. More than a quarter of economies did just that in 2017/18. It now takes an average of 20 days and costs 23% of income per capita to start a business, compared to 47 days and 76% of income per capita in 2006. Thirteen of the top 20 economies have at least one procedure that can be completed online in half a day.

Obtaining documents is now a simple process for entrepreneurs like Vakhtang Kajrishvili, founder of Tbilisi-based Badagi, a company producing a traditional candy called churchkhelas. “We quickly and easily obtained every necessary document.” 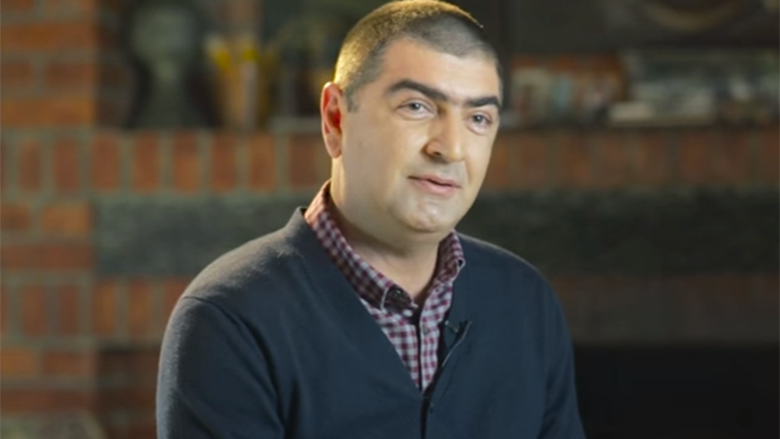 Kajrishvili started with one employee and now has seven shops selling a variety of Georgian products, as well as eight dedicated stalls in a supermarket chain. A recent surge in tourism has made a ‘big difference” to his business and he is eyeing European Union markets. With financing from the European Bank for Reconstruction and Development and the Ministry of Agriculture, he is building a factory for processing fruit.

“The biggest challenge now is maintaining high quality within production,” he said. “Soon we will have a Euro standard factory.” 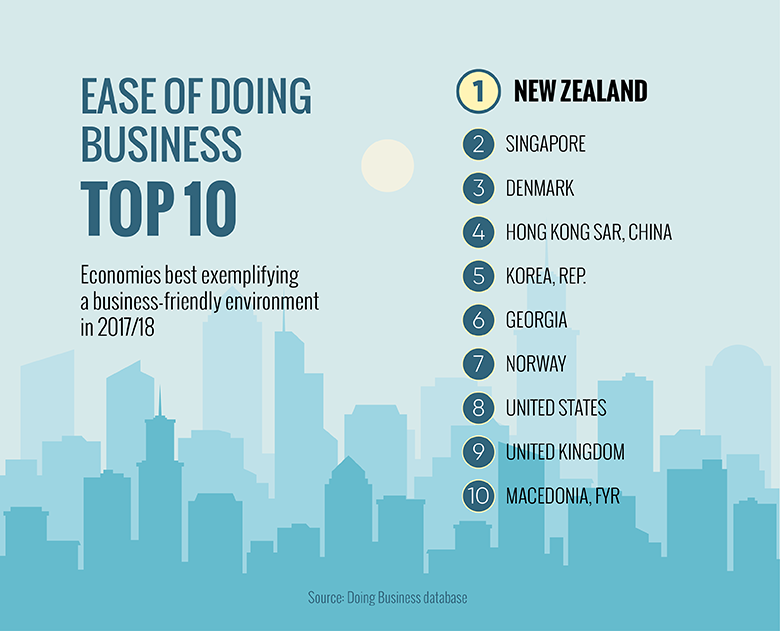 Insights from the biggest reformer, Rwanda

Rwanda and Georgia are the first and second biggest reformers in the history of Doing Business, and Rwanda was again a top reformer this year.

“You need to have strong leadership in a sustained and broad way,” said Ramalho. “Doing Business reforms tend to span across government. It’s important to have leadership at the top saying we need to do this.”

The government set out to create an environment that would enable businesses and investments to thrive, said Louise Kanyonga, Head of the Rwanda Development Board's Strategy and Competitiveness Department.

“Rwanda has adopted a very bold and ambitious approach to reforming its business environment,” she said. “We benchmark ourselves against the best performers in the world and we think big.” 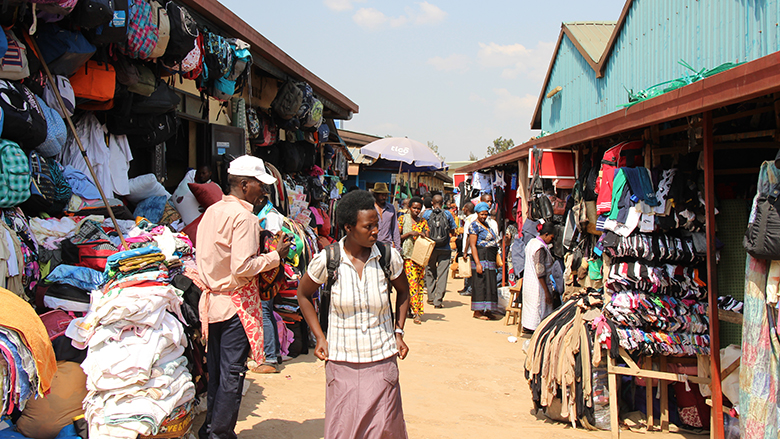 The small, landlocked African nation has become one of the world’s fastest-growing economies, with a rapidly urbanizing middle class. Kanyonga said private investments have grown by 60% over the last 8 years, and foreign direct investment alone has grown by close to 40%.

Yet there is still much to do.

Rwanda now needs to position itself as a future-ready economy that can compete on the global stage, she said.

“We need to ensure that we are equipping our people with the skills for the future and increasing the adoption of technology and innovation among our firms.”