Economic growth is central to improving living standards, raising incomes, and reducing poverty, and is key to achieving the World Bank’s twin goals of ending extreme poverty and boosting shared prosperity. Given the importance of economic growth, policy makers around the world are eager to understand what growth rates are feasible in their country and how growth can be accelerated.

To respond to this demand, a team of researchers at the World Bank created the Long Term Growth Model (LTGM), a publicly available spreadsheet-based toolkit that allows users to simulate long-term growth scenarios in countries around the world. At a recent Policy Research Talk, Steven Pennings, an economist in the World Bank’s research department and co-creator of the toolkit, shared an overview of the LTGM and its applications for developing countries.

“Unlike a lot of models which are designed to be very comprehensive, the LTGM is designed for simplicity, transparency, ease of use, and low data requirements,” said Pennings. “The LTGM is a set of documented models and tools to answer questions surrounding how to simulate future long-term growth and is designed so that almost anyone can use it. So far, the LTGM has been applied in more than 40 countries in various regions of the world.”

"Unlike a lot of models which are designed to be very comprehensive, the LTGM is designed for simplicity, transparency, ease of use, and low data requirements." 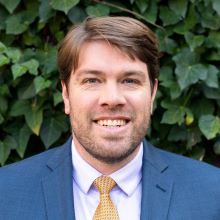 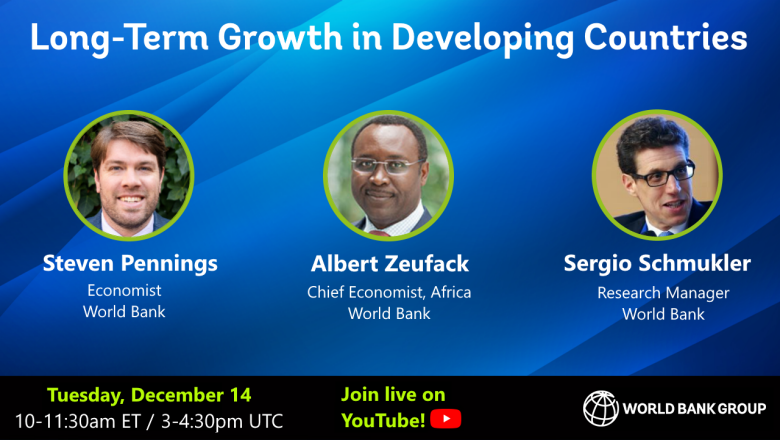 To underline just how central economic growth is to development, Pennings pointed to the disparate experiences of China, India, and the region of sub-Saharan Africa. In 1990, each had a GDP per capita below $3000, and China had the highest rate of extreme poverty of the three. Over the next 30 years, however, China achieved a 10-fold increase in GDP per capita and virtually eliminated extreme poverty. Both India and sub-Saharan Africa experienced more modest growth over the same period, along with proportionately more moderate decreases in rates of extreme poverty.

“The basic LTGM is relatively simple, with only three building blocks,” stated Pennings. The first building block is a production function that connects GDP to the level of technology and overall efficiency in a country, the stock of physical capital like machinery and equipment, the number of workers, and the level of education of those workers. The second is the accumulation of physical capital over time. The third building block looks at demographics and labor market factors, such as the share of the population that is of working age and the labor force participation rate, especially for women.

With this model in hand, policy makers can simulate future business-as-usual growth paths, assuming that historical trends in investment, human capital growth, and total factor productivity growth continue in the future. This baseline can then be compared to alternative scenarios with higher investment rates, greater educational attainment, or faster total factor productivity growth, which in turn can help guide policy makers in prioritizing the most effective reforms for long-term growth. These alternative scenarios can also help identify the set of growth rates and poverty reduction targets that are feasible.

To illustrate a practical application of the toolkit, Pennings highlighted the example of how a World Bank team used the LTGM to advise Cambodia, which had ambitious goals of reaching upper-middle-income status (around $4000 per capita) by 2030 and becoming a high-income country by 2050 (around $12,000 per capita, Figure 1). Even using the most optimistic assumptions, however, analysis using the LTGM found that the 2030 target would be difficult to reach, pointing to the need to both temper expectations and focus on additional reforms to sustain growth. The 2050 target was more achievable, but this depended on higher investment rates—like those seen in South Korea. This in turn brought heightened attention to the need for continued improvements in the business environment and reforms to the financial sector to boost savings to fund investment. 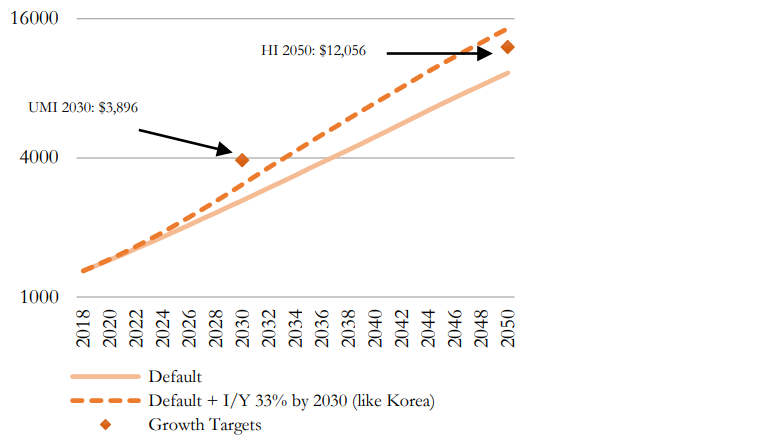 While each country faces varied opportunities and constraints, Pennings concluded with a few broadly applicable lessons. First, investment-led growth strategies can pay off in the short run but tend to be unsustainable in the long term due to declining returns to capital. Instead, sustainable growth needs to be broad based with several growth drivers working together—for example, higher investment could be complemented by improvements in schooling, greater allocative efficiency, or higher labor force participation (especially for women). Second, in most countries higher investment rates go-hand-in-hand with higher savings rates. Third, higher rates of public investment only tend to yield a modest and transitory boost to growth, which is less than the growth miracles that are sometimes promised. Finally, and perhaps most importantly of all, faster GDP growth almost always requires faster total factor productivity growth, which means measures to improve economic efficiency should be at the top of the list of priorities for any policy maker intent on faster long-term growth.

While the basic version of the LTGM focuses on simplicity and minimal data requirements, Pennings and his colleagues have also created several extensions that dig deeper into each of the building blocks of growth. Extensions already released or in development examine total factor productivity, public investment, human capital, and natural resources, while a fifth extension on climate change is planned. Due to its simplicity, transparency, ease of use, and ability to answer important questions, the LTGM is a powerful and accessible tool for policy makers. The LTGM papers and toolkits can be freely downloaded on the World Bank’s website.