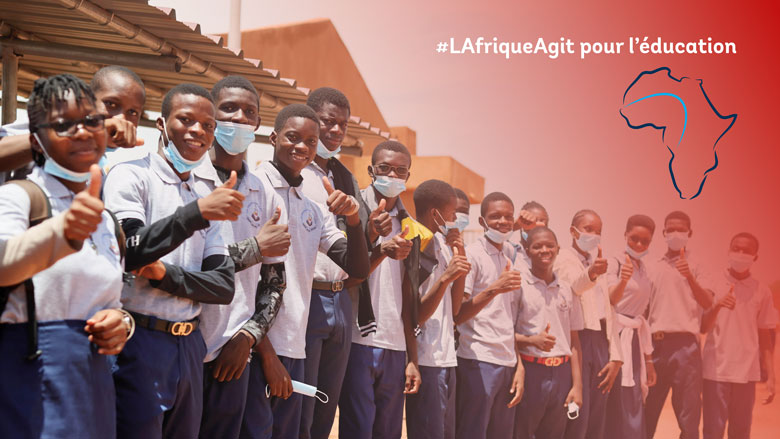 OUAGADOUGOU, January 13, 2022 — When she was a child, Faizal Jessica Makango Taroré always loved to play with the toy robots given to her by her parents. Her dream of pursuing a career in the field of robotics was born from this love. But her passion was truly ignited when she obtained a very high average in the Brevet d’étude du premier cycle (BEPC) or Junior High School Diploma.

These outstanding results earned her a place as a boarder at the National Science High School of Ouagadougou. At age 16, Faizal is now one of the brightest students in her first-year high school class (lycée) and fully intends to become an engineer in robotics when she completes her studies. “My favorite subjects are Mathematics, Physics and Chemistry. My grades range between 18 out of 20 and 20 out of 20,” she says with a smile.

Students at the school come from all over the country, and are chosen on the basis of their performance in the BEPC. They are all brilliant and the pace of work is intense. “I get up at 4:30 a.m. I say my prayers and go to the classroom to do revision, before going to the dining room at 6:30 a.m. for breakfast. After that, I have classes until midday. I do a brief revision before classes resume.” In the evening, at the end of the school day, Faizal allows herself a brief respite; she waters the tree that she planted in the schoolyard. “After that, I have a shower and rest for a while. After dinner, I again do revision until 11:00 p.m., before going to bed.” 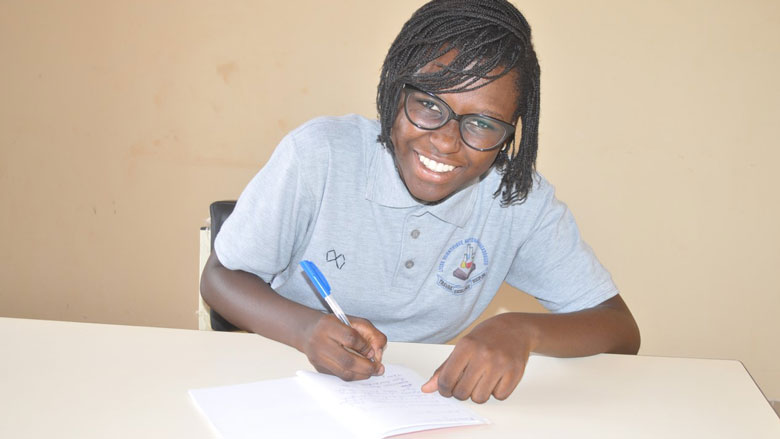 Faizal Jessica Makango Traoré is passionate about her studies at the Science High School of Ouagadougou, and is working hard to make her dreams come true. Burkina Faso. © World Banke

Promoting parity between girls and boys …

Unlike most schools in Burkina Faso, where boys outnumber girls, the Science High School of Ouagadougou boasts almost as many girls enrolled as boys (97 girls to 101 boys).

Quite apart from the social norms, such as child marriage, which are the root causes of the disparity between the number of girls and boys enrolled in school, many girls are prevented from attending school because of security problems. This problem is especially prevalent in rural areas. Many parents are afraid to allow their daughters to make the long trek along isolated roads to attend high school, which in some cases may be located tens of kilometers from their home.

It is for this reason that the science high school is equipped with dormitories, where girls may stay as boarders. The dormitories are also intended to provide equal opportunities for success to students from rural communes, who are forced to abandon their studies because of a lack of infrastructure and limited financial means. 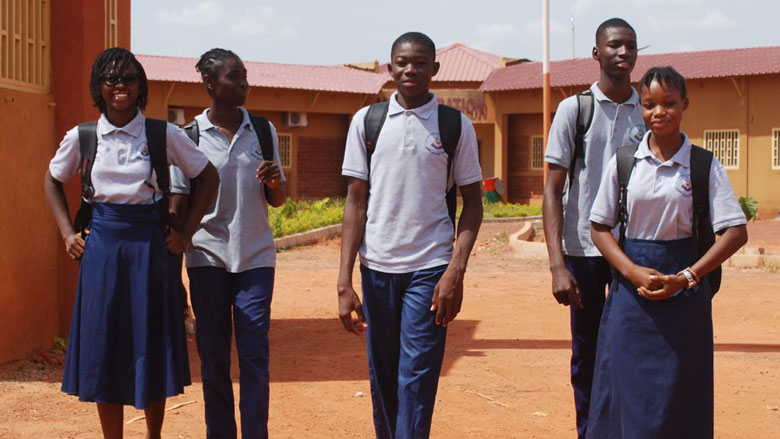 … and between urban and rural youth

Abdoul Wahab Kadio is 17 years old and in the same class as Faizal. He comes from Léo, a commune located some 170 km from Ouagadougou. His father is a farmer and his mother is a housewife. After his success in the BEPC, Abdoul was unsure what to do, because no schools close to his home offered the possibility to pursue studies in the sciences.

“One evening, a friend told me that I was to go urgently to the Notre-Dame de Léo High School. When I went to the school administration office, the headmaster himself informed me that with my average score of 18.35 out of 20 in the BEPC, I was being awarded a scholarship to the Science High School of Ouagadougou,” he says proudly. “I shouted with joy, because I could see a career as a teacher of science at the university level opening up before me.” He considers himself lucky to be a student at the school.

The Science High School of Ouagadougou was built in 2017 and financed by the World Bank through the International Development Association. The institution consists of a block of classrooms, an administrative block, an extracurricular activity center, a multipurpose hall, an infirmary, several dormitories, a dining hall, two laundry rooms, and two housing units. All the facilities are fully equipped.

“Since it opened in October 2O17, the school has consistently recorded 100% passes in the Baccalaureate,” says Jean Paul Boumboundi, headmaster of the school. “With results like these, we can look toward the future with great confidence.”

To deal with the dire shortage of secondary schools for the teaching of the sciences, the Government of Burkina Faso is planning to build at least one science high school in each of the 13 regions of the country. Statistics from the Ministry of National Education, Literacy and the Promotion of National Languages reveal that, to date, there are 14 affiliated science high schools, with two national schools (in Ouagadougou and Bobo-Dioulasso), and 12 regional science high schools. A total of 1,175 students are enrolled in these institutions, with 727 boys and 448 girls.

“Through your commitment to the sciences, you are investing not only in your own promising careers, but in the economic and social future of your country,” stated Ousmane Diagana, World Bank Vice President for Western and Central Africa, in his words of encouragement to the students.. 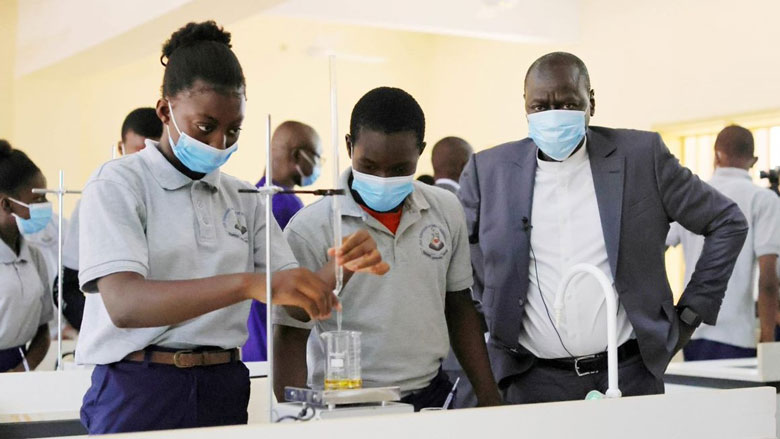 While on a visit to the National Science High School of Ouagadougou, Ousmane Diagana looks on as two students perform an experiment. June 2021. Burkina Faso. © Erick Kaglan, World Bank