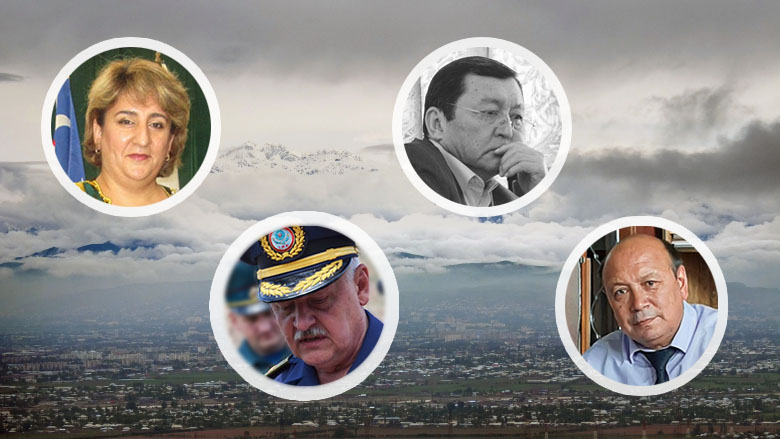 The governments in the region have been doing their best to reduce their vulnerability to natural disasters. These efforts are driven by professionals with decades of experience in preparing for and responding to disasters.

On the International Day for Disaster Risk Reduction, our team at the “Strengthening Financial Resilience and Accelerating Risk Reduction in Central Asia” program (SFRARR Program) spoke with four Central Asian professionals, who dedicate their lives to making this region safer.

Disaster risk professionals, like the people we feature here, play a key role in the safety of their fellow citizens. Their jobs are wide-ranging and on any given day they might be asked to analyze data and weather patterns, advise on how to construct safe buildings, take care of related accidents, prevent risks and, of course, serve as the first responder to a natural disaster. 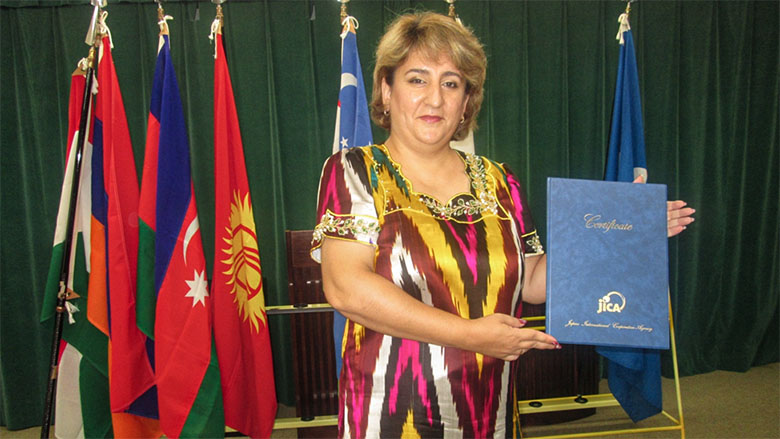 It happened by accident! I loved soccer. After high school, I wanted to study in Leningrad (Saint Petersburg today) because there was a women's soccer team, where I dreamed of playing. I got into the hydrometeorology department in Leningrad, but to my great regret I did not make it to the soccer team. So I transferred to the Tajik Agrarian University in Dushanbe to the Hydromelioration Department. I graduated as a hydraulic engineer and have been working in this field since 1991.

Individually, countries in the region suffer from the lack of personnel, mechanisms, resources, and legislative aspects. However, if we take the region of Central Asia as a whole, it’s worth noting that we have developed many interstate agreements on disaster risk management and having a clear mechanism to implement them will greatly enhance the regional coordination.

Clearly define the authority of each entity that works in disaster risk management. 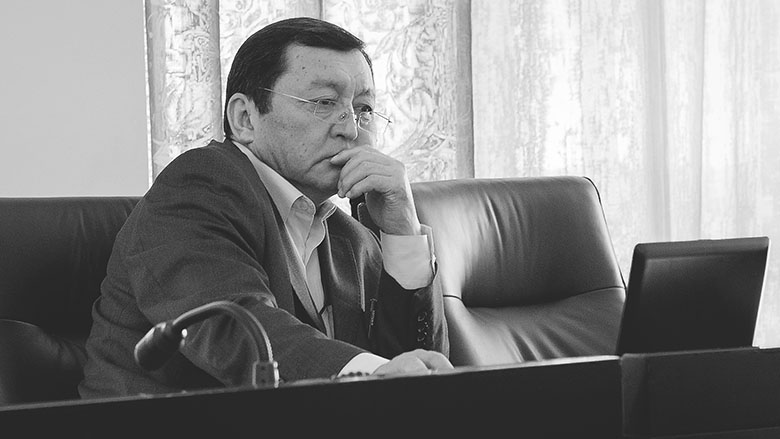 It was a conscious decision. I grew up in a mountainous area. As a child, I used to take walks in the mountains, collect beautiful colorful stones and minerals.

I was fond of reading books about expeditions and famous geologists - academician A.E. Fersman, Musa Adyshev, Oleg Kuvaev, and other well-known scientists-travelers. After I graduated from school, I was determined to become a geologist and entered the geological faculty of the Frunze Polytechnic Institute (FPI). Upon graduation from FPI, I was assigned to the Institute of Geology of the Academy of Sciences of the Kirghiz Soviet Socialist Republic, and later, I was sent to intern at the geological faculty of the Lomonosov Moscow State University (MSU) in the Department of Engineering Geology and Environmental Protection. Subsequently, I defended my PhD at MSU and went back to teach at FPI, where I later served as the Dean of the Faculty.

In 1992, I was invited to the State Commission on Emergency Situations of the Kyrgyz Republic, where I created the Center for Monitoring and Protection from Dangerous Natural Processes. In 1998, I was appointed as a Deputy Minister of Emergency Situations of Kyrgyz Republic, and in 2004, I have established the Central Asian Institute of Applied Geosciences, where I currently serve as a co-director.

The lack and poor development of monitoring and early warning systems for natural disasters, such as earthquakes, floods, and outbursts of high-altitude dangerous lakes of transboundary nature. We should create and develop such systems among Central Asian countries, since all of these countries are in the highly seismic Pamir-Tien Shan and Kopetdag zones.

Historical seismic events of the last 150 years, such as Belovodskoe (1885), Vernenskoe (1887), Ashkhabad (1948), Khait (1949), Tashkent (1966), and other catastrophic earthquakes should remind us of this danger. Earthquakes frequently damage cities and settlements in this region. In mountainous areas, these earthquakes can trigger other natural hazards: landslides, rockfalls, rockslides and collapses, breakthroughs of high mountain lakes, and mudslides.

Forewarned is forearmed. Countries of Central Asia should create a unified system of early warning for dangerous natural processes.

We cannot eliminate the hazards of natural phenomena, but we can reduce risks through prudent and timely actions of state bodies such as the Ministry of Emergency Situations and other ministries, as well as local governments. It is necessary to organize interstate cooperation and combine efforts of state and public structures in the field of disaster risk reduction.

Retired Major General, Former Vice-Minister of Emergency Situations of the Republic of Kazakhstan 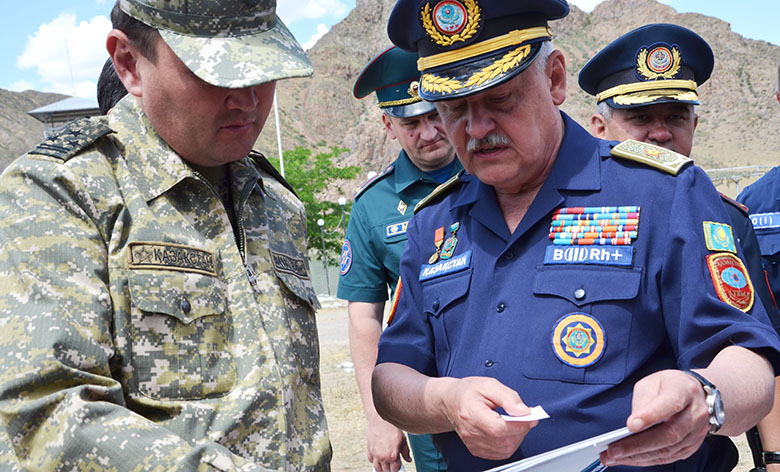 The emergency service in Kazakhstan began to form when the country became independent. As fate would have it, at that time I was lucky to work under Nikolai Makievsky, Deputy Prime Minister, who was entrusted to lead the newly formed State Committee for Emergency Situations. I had two higher educations - civilian and military - and was invited to join the State Committee for Emergency Situations. I think that the criterion was my participation in the work of the Republican Headquarters to aid Armenia that suffered from the devastating Spitak earthquake. Since then, my life has been entwined with the work of the Ministry of Emergency Situations.

The biggest challenge is a lack of understanding of the severity of the consequences of potential destructive earthquakes. Fortunately, there has not been one for a long time, and the grief, destruction, and deaths of devastating earthquakes have been forgotten. As a result, medical and food reserves are getting little attention; logistics that existed before have been lost but not replaced.

Adoption of a separate law "On Earthquakes," which would regulate the duties of the state, the duties and rights of citizens (including confirmation of the constitutional right to life by the real novelties), with life and property insurance matters.

Director, Institute of Geology, Earthquake Engineering and Seismology, National Academy of the Sciences of the Republic of Tajikistan 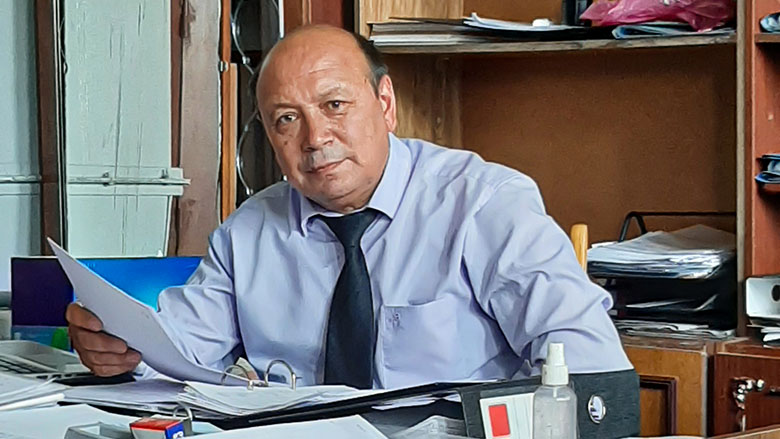 As a child, I wanted to build my own house. This determined my choice of profession, and I became a civil engineer. After graduating in 1982, I was invited to work at the Institute of Seismic Construction and Seismology of the Academy of Sciences of Tajikistan.

But it was only in the early 2000s, when I started working with the Embassy of Japan to the Republic of Tajikistan and Focus Humanitarian Assistance as a local consultant on construction, I truly understood seismic safety and how to ensure it.

Each Central Asian republic has its own mentality, think tanks, and approaches. Therefore, proper mutual understanding and interaction between organizations, ministries, and agencies, and between countries is a key factor in preparing for disasters.

First and foremost, disaster risk management should be based on a thorough understanding of risks and their implications, the human lives, and possible losses behind them. In general, the risk management is based on the assessments of local and external consultants. Evidently, the consultants should carry more responsibility for their evaluations and results of its implementation. 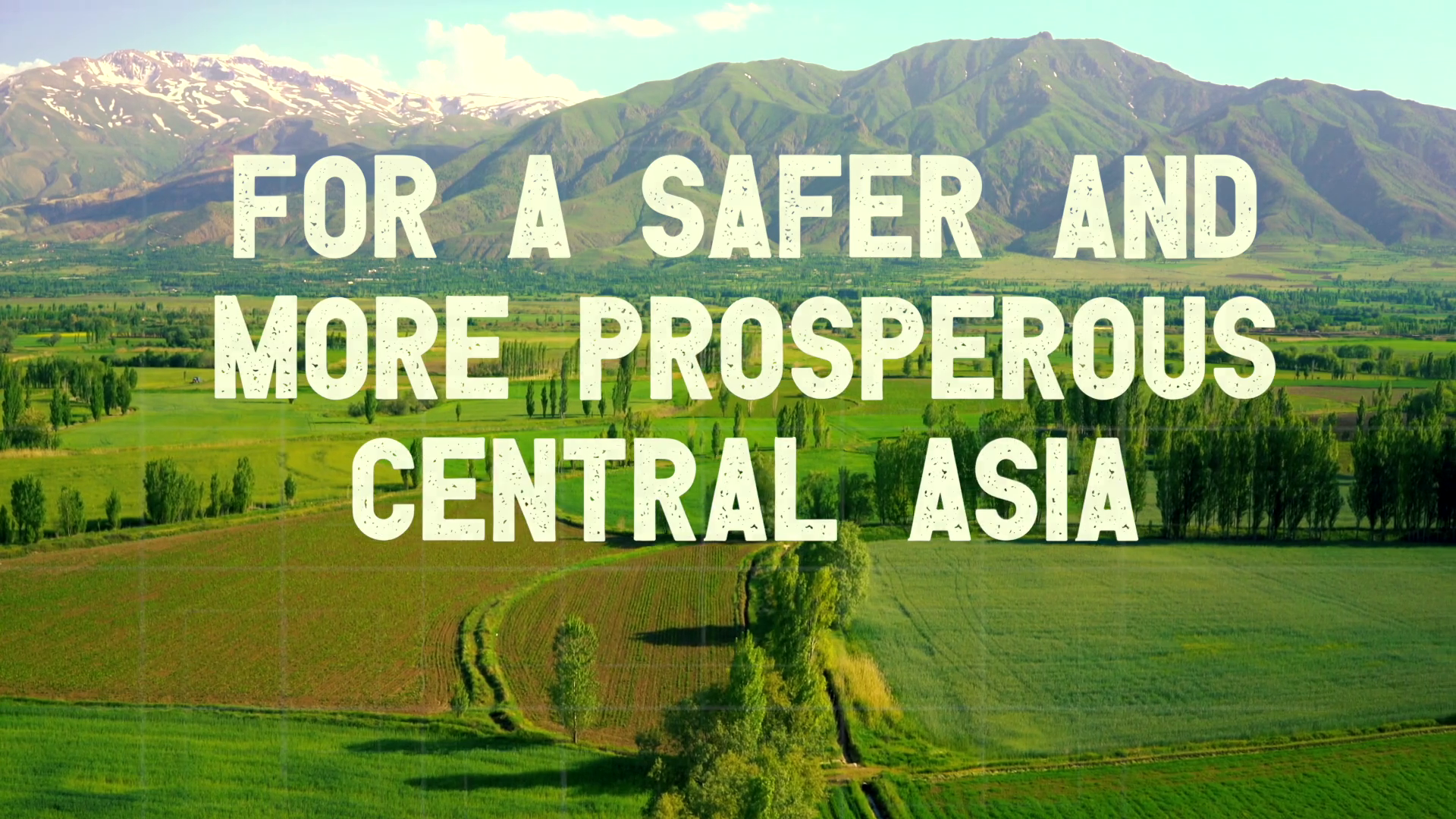 The Council was established in the framework of the SFRARR Program, which is funded by the European Union, managed by the Global Facility for Disaster Reduction and Recovery (GFDRR) and implemented by the World Bank in close collaboration with the Center for Emergency Situations and Disaster Risk Reduction (CESDRR). The Program aims to support Central Asian countries in building disaster resilience and strengthening capacities for financial protection.

The International Day for Disaster Risk Reduction is held every 13 October. It celebrates the progress in reducing people’s and livelihoods’ exposure to natural disasters. This year, the theme is “International cooperation for developing countries to reduce their disaster risk and disaster losses.”