Leveraging the Power of Energy to Light Up Africa 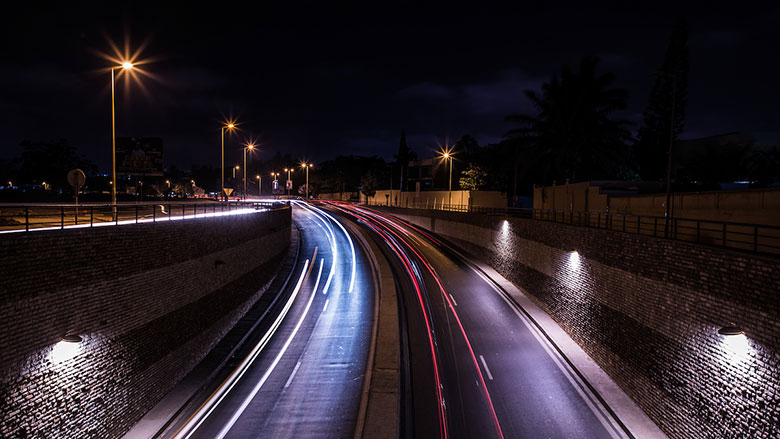 ABOMEY-CALAVI, July 22, 2021—In a corn mill in Zoundja, a district in Abomey-Calavi, a northern suburb of Cotonou, Benin, about twenty pots and pans compete for space amidst a deafening noise that can be heard all over the neighborhood. At the control of his machine, Antoine K has the privilege of serving the households of the district by grinding their corn into flour. The only problem is that not everyone can afford his services in this urbanized area where rich and poor live side by side. “I grind a kilo of corn for CFAF 75 (1.5 cents), which is too expensive for some women, but I have no choice if I want to be able to pay the electricity bill and keep the mill running,” says the miller. 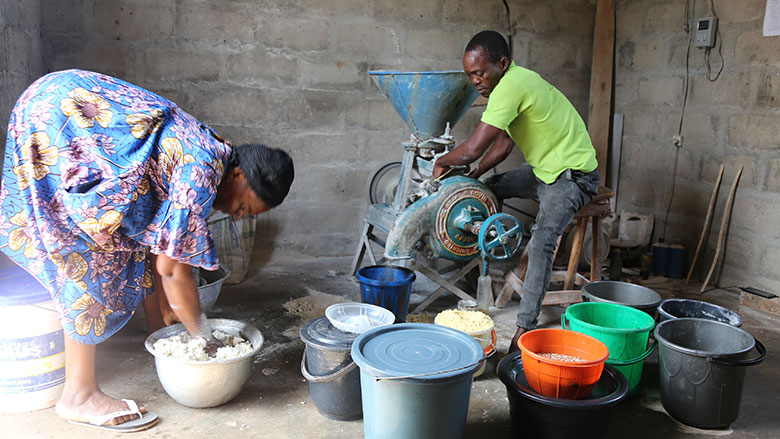 In 25 years of service, Antoine, now in his 50s, has seen a lot of improvement in access to electricity. Neighborhoods have been progressively electrified and today power outages are less and less frequent.

But he has also seen the cost of services rise as electricity rates in Benin have increased. The last bill he received from the Beninese power company was for more than CFAF 100,000 (about $180), including taxes—too much for his CFAF 200,000 ($365) monthly income. The increase in electricity rates has a domino effect on the cost of his services.

In Benin, as is the case everywhere in West and Central Africa, the mill occupies a central place in the life of households that consume corn or other grain-based foods on a daily basis. But the price of electricity represents an exorbitant cost for these small businesses, whose clientele is made up essentially of poor households.

Still a long way to go despite significant progress

With an electrification rate of 53% in 2019 against only 34% in 2000, West Africa has made significant progress, but challenges remain, and nearly half the population still lacks electricity.

The story of the electrification of Rosalie Zongo’s village in Burkina Faso illustrates this progress and also shows the need to address persistent challenges, develop the potential of diverse energy resources, and strengthen interconnections.

Toward an efficient regional power market in West Africa

A regional solution that goes beyond the efforts made at the national level is imperative to ensure a sustainable energy future in Africa. “Our region has immense electrical energy resources, which are capable of meeting demand for many years. But they are concentrated in a few countries that sometimes lack the means to develop them. Through interconnection, we are making power available to countries,” says Apollinaire Siengui Ki, Secretary General of the West Africa Power Pool (WAPP). “Connectivity makes it possible to supply the amount of energy needed at a lower cost.”

Created in 1999, WAPP brings together 14 countries. Its mission is to promote and develop infrastructure for the production and transmission of electrical energy and to ensure the coordination of power exchanges between the member states of the Economic Community of West African States (ECOWAS).

With the support of its partners, including the World Bank, WAPP has mobilized approximately $5 billion to complete nine cross border interconnections and aims to interconnect all 14 countries by 2024. This has improved access in several countries of the region, some of which, such as Côte d’Ivoire, are now able to sell excess electricity to other countries that need it.

Trust: an essential component of any successful commercial venture

For such a regional market to work, significant reforms are required at the country level to enable market stakeholders to effectively and efficiently play their roles as reliable buyers and reliable suppliers of electricity.

To help Burkina Faso, Côte d’Ivoire, Guinea, Liberia, Mali, and Sierra Leone implement the sectoral reforms needed to successfully create this regional electricity market, the World Bank provided $300 million in IDA financing approved in July 2020. The goal: to support the implementation of the December 2018 ECOWAS directive on securing cross border trade in electricity, which is based on three main pillars: increasing confidence in the application of electricity trade agreements by supporting mechanisms to improve  payments and the supply of electricity; implementing least-cost supply decisions for electricity that take into account regional options and promote competition; and promoting transparency by addressing the issue of the solvency of national electricity companies and keeping the market informed of key investment decisions that may impact supply and demand.

"The World Bank has consistently prioritized the development of interconnections and regional electricity trade in order to reduce the costs of electricity and therefore to limit the sector’s fiscal burden and to lower costs for businesses and consumers," says Ousmane Diagana, World Bank Vice President for West and Central Africa. "Pooling the region's diverse green resources, such as hydropower in Guinea and Liberia and solar energy in the Sahel, will help build a more resilient system that will be better able to adapt in the long run to the various shocks that the region faces."

Banking on green energy and powering the digital revolution

By 2030, regional electricity consumption is expected to increase by 100%. Meeting this exponential growth in demand by expanding the existing electricity mix would increase carbon emissions by an estimated 102%. But closer regional cooperation will make it possible to adopt cleaner technologies and reduce the carbon intensity in power generation by 32%. Regional trade will thus enable the development of renewable energy projects that are too large to be accommodated by a single country’s power system. Also noteworthy is the approval of $465 million of new financing in June 2021, which will help increase renewable energy integration and improve the operation of the regional power grid through battery energy storage—an innovative initiative that will boost investment in renewable energy.

“We want to move out of the hydrocarbon era and into green energy,” says Gesler Murray, Liberia’s Minister of Mines and Energy. “Liberia is in a region that is rich in solar energy, and we also have many rivers on which various types of hydroelectric systems could be installed.”

The COVID-19 pandemic has prompted rapid growth in the use of digital platforms and applications in all sectors and at all levels. But digital transformation cannot be achieved in the region without better access to electricity.

The time has come to optimize the management of energy resources in West Africa in order to improve the daily lives of the region’s inhabitants and enhance the productivity of its economies. From Antoine’s mill in Benin, to Rosalie’s family in Burkina Faso, to the major industries of the subregion, Africa is being transformed by the driving power of energy.