The Toll of War on Palestinians in Gaza

On June 13, 2021, a World Bank high level delegation led by the Vice President of the MENA region, Ferid Belhaj, and Executive Director of the Board, Merza Hasan, visited Gaza to witness first-hand the damage of the recent conflict, including to World Bank Group projects.

Throughout the various conflicts that have taken place in the Palestinian territories, the images carried by media and seen all over the world capture the destruction of physical assets: buildings, houses, and infrastructure. But the psychological and mental toll on the people on the ground is not often captured.

In the last month, yet again the people of Gaza have seen themselves in the midst of conflict, damage, and destruction. The World Bank, whose founding mission is reconstruction and development, mobilized immediately to carry out a rapid damage and needs assessment (RDNA) in Gaza. Teams are working around the clock with our UN and EU partners to finalize this assessment, which will be instrumental in informing the Bank and international partners in their support to Gaza’s reconstruction and recovery. 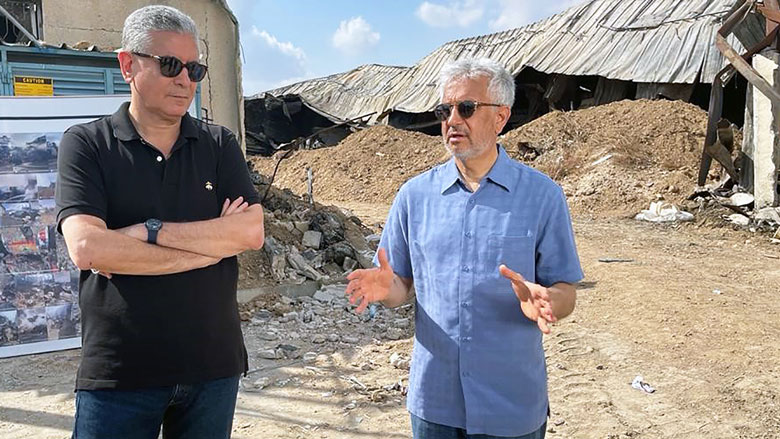 However, reconstruction of physical assets isn’t the whole picture: Gaza also has to recover from the cumulative cost on its fragile economy of wars, prolonged closures, restrictions on economic activities, and the effects of the COVID-19 pandemic.  Even before the recent hostilities, Gaza suffered from 48% unemployment, and half of the population lived in poverty. Gaza’s contribution to the Palestinian economy was cut by half in the last three decades.

And the human toll is troubling. In the recent conflict, 66 children lost their lives, 551 children perished in the previous conflict, and many more have lost their lives in past wars. The human cost is also reflected on those who became orphaned or physically injured or who are now suffering from mental trauma.  Any 13-year-old child in Gaza has lived through four wars. Considering that children in Gaza constitute half of the population that lives in one of the most densely populated areas in the world, the risk of being exposed to danger and trauma is huge.

On June 13, 2021, a World Bank high level delegation led by the Vice President of the MENA region, Ferid Belhaj, and Executive Director of the Board, Merza Hasan, visited Gaza to witness first-hand the damage of the recent conflict, including to World Bank Group projects. The video gives a glimpse of the physical damage but also sheds light on the impact that the hostilities have on the mental health of the people of Gaza – particularly youth and children.