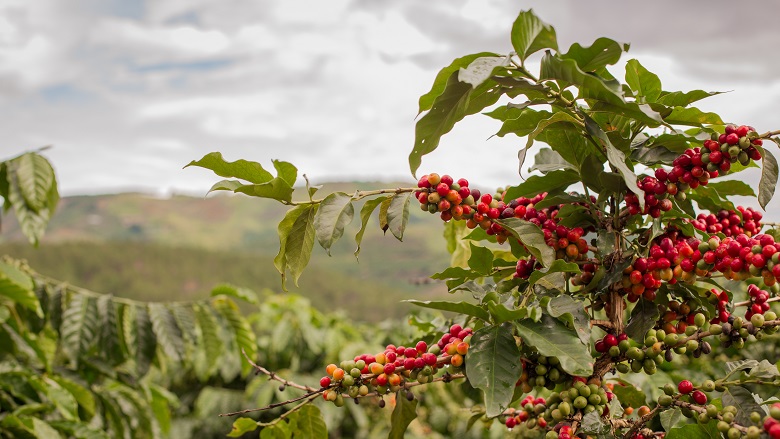 The quality of Ethiopian coffee isn’t the problem. About 95% of production from the country’s diverse coffee varieties is organic, traditionally cultivated without the use of pesticides and fertilizers.

Demand isn’t the issue either. Global coffee consumption has grown considerably since the 1990s. And in recent years, some of Ethiopia’s high-quality coffees have been selling for over three times the average export price.

So why is Ethiopia’s coffee productivity lagging behind other leading coffee-producing countries such as Brazil, Colombia, Indonesia and Vietnam?

The problem boils down to a lack of pruning.

The low productivity of Ethiopia’s coffee trees poses an obvious problem for the more than 2 million smallholder farmers dependent on coffee production for their livelihoods. This issue has also created a problem for Ethiopia’s forests. The expansion of coffee plantations driven by low productivity is degrading forest land and increasing emissions from the forest sector.

Since 2012, the international non-profit organization TechnoServe has been running an innovative ‘Coffee Farm College' across the country. Trainers from the program use demonstration plots on coffee farms to show farmers how to boost yields using various sustainable farming techniques, including the seemingly counter-productive practice of stumping.

Stumping involves pruning older and less productive trees down to just a stump. This stimulates the growth of new sprouts that develop into new branches within a few months .

It’s a proven technique that results in a 2- to 3-fold increase in yields and a potential tripling of income within three years. By rejuvenating existing trees, stumping reduces the need for farmers to shift to other crops that deplete the soil of nutrients and are often less profitable than coffee. It also produces healthier trees that are better able to withstand pests, disease, and erratic weather that come with a changing climate.

“For many smallholder coffee farmers, $500 is their entire income for a year. So, to give up any part of that in the short term is out of the question for them,” says Paul Stewart, TechnoServe’s Global Coffee Director.

Nevertheless, when farmers see the significant and relatively quick boost in yields in neighboring farms, many of them become convinced.

“I have had amazing results so far. The yields on my farm have increased and I’m making better profits,” says Husen Kedir, a coffee farmer who participated in the Coffee Farm College in 2017. Kedir has also boosted his profits by selling the beans he planted between his stumped trees.

Another participant farmer, Bekele Pawulos, says he was driven to adopt stumping after coffee berry disease reduced the production of his aging trees. Since 2015, Pawulos has been stumping portions of his coffee farm each year. This has not only resolved his pest issue; it has helped to increase his yields from 1,300 kg of coffee cherry production in 2018 to 2,000 kg during the 2019 season.

Since TechnoServe started their Coffee Farm College, the percentage of farmers in the program who stump has risen from 1 to 15%. Stewart is hopeful this number will increase as Coffee Farm College, among other initiatives, develops new ways to support farmers while they wait for the 1-3 years for their stumped trees to regenerate.

For example, results from a 2020 TechnoServe pilot study show that when farmers were given training plus a paid stumping incentive averaging $0.35 per tree, there was a five-fold increase in the number of trees stumped in that farmer group. TechnoServe is also testing other incentive approaches, including rewarding farmers with farm tools after verification of how many coffee trees they have stumped.

"We know that stumping is a key part of the mix in achieving our goals of reducing forest emissions in Oromia while also dramatically increasing farmers’ incomes."
Roy Parizat
ISFL Fund Manager

But with 2 million coffee farming households in the country, Stewart says TechnoServe needs help to scale up the program and reach many more farmers.

“We know that stumping is a key part of the mix in achieving our goals of reducing forest emissions in Oromia while also dramatically increasing farmers’ incomes.” says ISFL Fund Manager, Roy Parizat.

ISFL has been supporting Ethiopia’s Forested Landscape Program in the Oromia region since 2015. The initiative aims to reduce deforestation and emissions from land use. At the local and national levels, Ethiopia’s ISFL program is working to foster equitable and sustainable low carbon development through capacity-building as well as eventual results-based payments for emission reductions.

“Ethiopia has perfect soil and climate conditions to grow high quality coffee with no chemical fertilizers needed. Systematic training of Ethiopia’s smallholder farmers is the best way to tap into these natural advantages,” says Stewart.

“Training farmers on how to increase their incomes on the land they already use is a really effective way to decrease encroachment on forested areas,” says Parizat. “It is also great for coffee drinkers around the world who will hopefully enjoy more high-quality Ethiopian coffees in the years to come.”