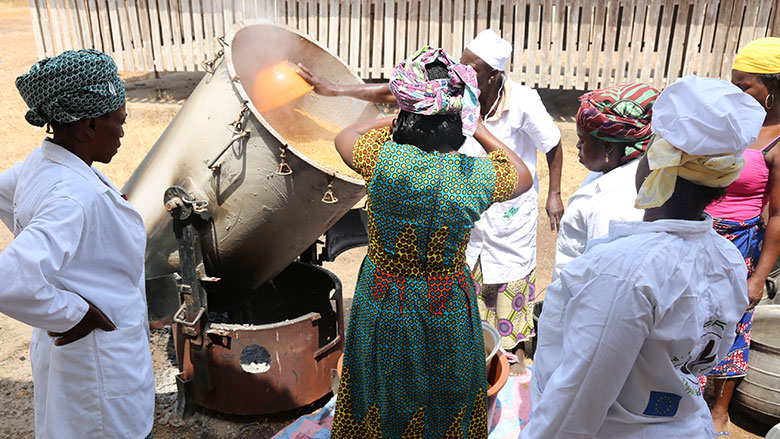 Glazoué, Benin, January 28, 2020―The bustling activity in the beautiful building facing the Agouagon train station serves as a counterpoint to the deadly silence in the totally deserted railway building. About ten women are busy at work around a traditional oven, pouring unhusked parboiled rice into large bowls before letting it dry for several days and taking it to downtown Glazoué for husking and cleaning. Welcome to the Agouagon Cooperative of Women Rice Parboilers, which is trying to breathe new life into a small town some four hours away from Cotonou seeking to become a dynamic hub.

Cyprienne Dossou, President of the cooperative, is shocked by the loss of interest in the train station and states that “we set up our business here with the hope that the train, the focal point of the village’s agricultural activities, would return. We have 17 members, all farmers, and for the past five years, we have been parboiling rice on a shared two-hectare lot, separate from our individual fields. We are also buying paddy rice for processing from other producers.”

"In the past, we had to get at least four women to manually sort a 100 kg-bag, which took all day. By comparison, the sorting machine we have installed produces 1.4 metric tons per hour."
Bertin Adéossi
Coordinator of the Framework Program to Support Agricultural Diversification

A sector with very large numbers of women

More nutritious and particularly valued by Nigerian clients, parboiled rice provides economic opportunity to many women in the region. In Collines Department in central Benin, hundreds specialize in this processing technique to boost their income. They belong to the Collines Union of Women Rice Parboilers (UFER-C) and have received assistance from the Agricultural Productivity and Diversification Project (PADA) and the West Africa Agricultural Productivity Program (WAAPP), funded by the Wporld Bank. Union President Léontine Batcho states that “we have received free training in rice parboiling techniques and have also obtained computer and office equipment, mopeds, and tricycles to help us grow our business.”

UFER-C alone currently has close to 800 women rice parboilers in 67 village cooperatives. In Léontine’s view, this trend is likely to continue as “the labor supply is increasing and new members are steadily joining cooperatives.” The husking rate at the Glazoué Processing and Distribution Center rose from 10% to 35% in two years, a sign that parboiled rice is a growth industry.

The introduction by the union of loans to help women farmers prefinance the purchase of paddy (unhusked) rice is another factor behind this success. Odette Agossou, President of the Glazoué Community Union of Women Rice Parboilers and UFER-C Administrator, stresses that “UFER-C has allowed us to organize ourselves, pool our efforts, and take advantage of opportunities. Parboiling is currently giving me everything—I have land plots, a means of transportation, and I can provide for my children.” 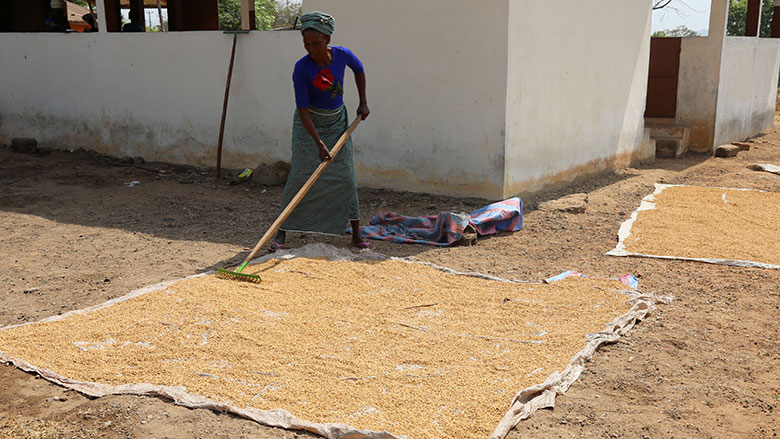 Women rice parboilers in Collines are particularly proud of the project’s installation of a rice color sorting machine to improve rice quality.  Paulin Honaï, Manager of the Center for Final Processing and Distribution, stresses that “it has revolutionized our work.  The sorting machine allows us to have perfect rice, with no waste, and to guarantee the quality of our brand on the market.”

Set up at the Glazoué Center for Final Processing and Distribution, the machine is jointly managed by UFER-C and the Collines Regional Union of Rice Producers (UNIRIZ). Most paddy rice grown in the Department is therefore sent to this mini-processing plant to be parboiled and sold under the brand name Saveur des Collines.

For Bertin Adéossi, Coordinator of the Framework Program to Support Agricultural Diversification (ProCAD), another advantage of this modernization is its elimination of the arduous phase of manual sorting.  He explains that “in the past, we had to get at least four women to manually sort a 100 kg-bag, which took all day. By comparison, the sorting machine we have installed produces 1.4 metric tons per hour, allowing the union to process close to 10 metric tons of rice per week.”

The center’s next goal? To increase its husking capacity, which currently covers a mere 10% of the rice produced in Collines. UNIRIZ President Faustin Assomavè notes with regret that “although we have the color sorting machine, we have had production problems since the closing of the public rice-processing plant in Glazoué. At the moment, many producers and women rice parboilers are forced to sell off their paddy rice or parboiled rice to Nigerian merchants.”

Implemented in four West African countries (Benin, Guinea, Niger, and Togo), WAAPP seeks to generate and accelerate the adoption of improved technologies in the agricultural sectors. In Benin, WAAPP has received $20 million in funding from the International Development Association (IDA).  In July 2019, 753,387 producers, 40% of whom were women, received direct assistance from the project. 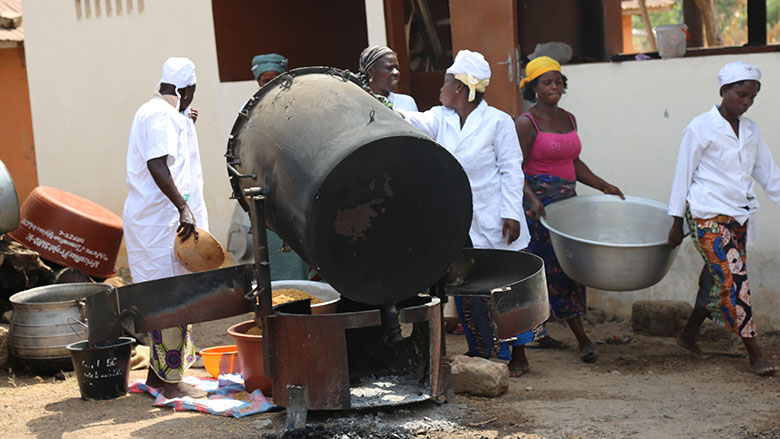 The center’s next goal? To increase its husking capacity, which currently covers a mere 10% of the rice produced in Collines. Photo: Gnona Afangbedji, World Bank