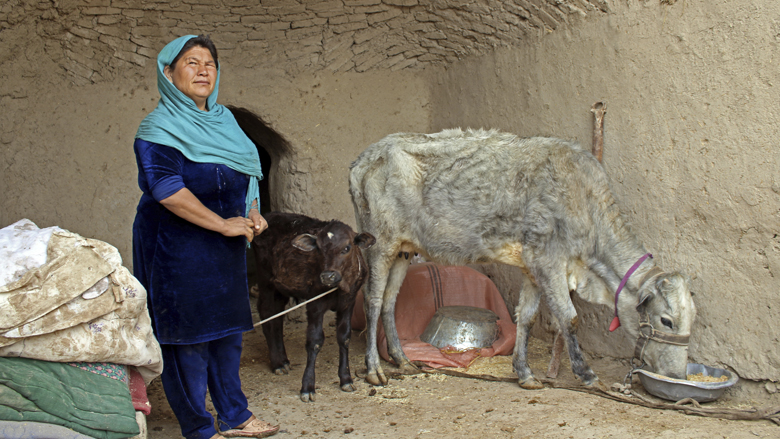 Shukria’s family is among 12,000 poor rural Afghan families who used to live in extreme poverty, but now are living a better life with support from Afghan government’s Targeting the Ultra Poor program.

NAHR-E-SHAHI DISTRICT, Balkh province – When Shukria’s husband died in 2009, she was left alone with four little children in a rented house in Nahr-e-Shahi district in Balkh province with no support or money. Having no job skills made it difficult for her to provide food for her children.

“When my husband was alive, we had a rented house, but after his death, I wasn’t able to afford the rent, and there was no one to help us,” says Shukria, 40, trying to control the tremble in her voice. She vividly remembers the misery when she felt hopeless. Every day she went to Mazar-e-Sharif’s city streets to beg; it was her last option to survive. “We were very poor. One day we’d have something to eat, the next day nothing,” she recalls.

In 2016, Shukria’s life took a turn when she received a cow and a calf through the Targeting the Ultra Poor (TUP) program. She now lives in a mud house in nearby Qazelabad village, taking care of her livestock and a tire repair micro business. “Now I’m not begging,” she says. “Thank God! I have money and a cow. I’m so happy.”

The livestock management training from TUP taught Shukria to care for her cow properly. The cow produces milk daily, and gave birth recently. After the program ended, in 2017, she sold one of her cows for 33,000 afghanis (about $450) and invested the money in a small kiosk for repairing punctured tires, where her 18-year-old son works. Following TUP support, Shukria now has the income to support her family and send her two young daughters to school.

Sughra, 34, is another TUP beneficiary from Qazelabad village, who also received a cow and a calf in 2016. Her husband, 40-year-old Zarif Shah, is a laborer who has been able to find work for only two to three days a week. They faced constant difficulties when they did not have enough income. Their lives were transformed after they received the livestock and TUP support. The hard times have passed, and they now own a cow, two calves, and four lambs.

Most importantly, the support has helped them overcome their isolation and given them the confidence to participate in local community meetings and other social occasions. “The cow has benefited us a lot and improved our livelihood,” says Zarif Shah. “People are including our family now and they invite us to their events.”

Sughra, who is the primary TUP beneficiary, has 10,000 afghanis (about $137) in her bank account. She and her family can afford to live a better life and pay for the children’s schooling and other expenses. “Previously, I wasn’t even able to buy a chicken. I used to walk all the time when I wanted to go somewhere. If my children got sick, it was my brother or sister who would take them to the doctor,” says Sughra, a mother of five. “In the future, if the program can help other poor families as well and help them earn an income, that will be very good.”

"The TUP program has made many positive impacts on ultra-poor families. We have provided them training on health and livestock and linked them to the market. Now they sell the milk at the market and their economic condition has improved." 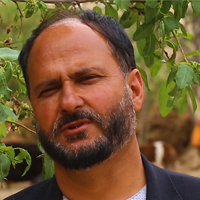 Shukria’s family is among 12,000 poor rural Afghan families living a better life thanks to the Afghan government’s Targeting the Ultra Poor program. Since she received a cow and calf from the program and doing microbusiness, Shukria no longer needs to beg in the city or stay hungry.

The TUP program aims at “graduating” participants from safety nets programs to income-earning activities, linking them with microfinance programs. Building on the lessons learned from pilot programs and international experience, the TUP program provides participants a one-year package of inputs, including the transfer of productive assets (such as livestock); training (classroom and practical work); subsistence support (monthly stipend as 12-month income support); and basic healthcare through community-based health services. The program also helps participants send their children to school.

Sughra and Shukria’s stories are encouraging, and actually, the TUP program has already successfully reached thousands of recipients across the country. TUP implementation started in Balkh province in 2015 and exceeded expectations at the evaluation of the program in 2018. The program was implemented by Coordination of Humanitarian Response (CHA), a nongovernmental organization contracted by MISFA. The program has already reached 6,000 households in 5 other provinces− Kandahar, Kunar, Laghman and Takhar− and is now expanding further almost 4,000 additional households in Parwan and Nangarhar. 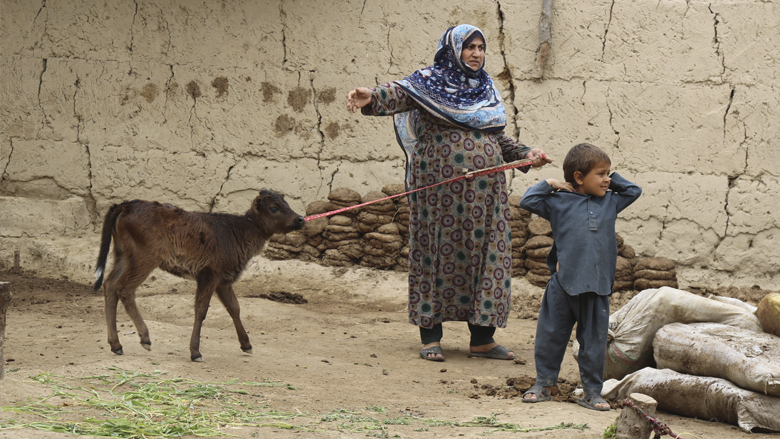 Official results of the program in Balkh are encouraging, with large impacts across dimensions studied including consumption, assets, psychological well-being, total time spent working, financial inclusion, and women’s empowerment. One year after the program ended, per capita consumption of TUP households increased by almost a third and a fifth moved above the national poverty line, compared with other ultra-poor households that did not participate in the TUP (Bedoya el al., 2019).

Research measuring the program’s impact confirms that Sughra ad Shukria’s stories are not isolated cases. The program has succeeded in transforming the lives of the ultra-poor households it supports.  “The TUP program has made many positive impacts on ultra-poor families,” says Hijratullah Omari Wardak, TUP project monitoring officer in Balkh province. “We provided them training on health and livestock and linked them to the market. Now they sell the milk at the market and their economic condition has improved.” Omari says that the list of ultra-poor families has been shared with other humanitarian organizations for further support.