Yes, Global Inequality Has Fallen. No, We Shouldn’t Be Complacent. 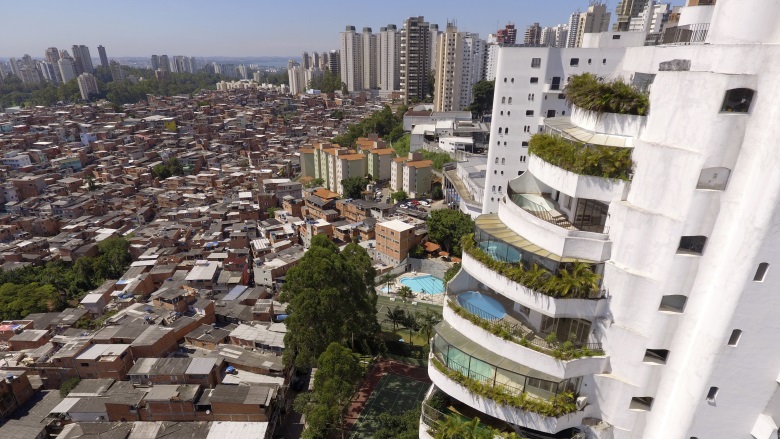 High-rise buildings in São Paulo, Brazil next to the Paraisópolis favela.

Between 2008 and 2013, global inequality fell for the first time since the industrial revolution, according to the latest available data. This historic reversal was largely driven by rising incomes in populous developing countries that helped close the gap with high-income countries.

“Our data suggest a modest decline in global inequality for the first time since the early 19th century,” said Christoph Lakner, an economist at the World Bank. “This is a welcome trend, but there is no guarantee it will continue. Policymakers should not be complacent about creating the conditions for inclusive economic growth.”

"Our data suggest a modest decline in global inequality for the first time since the early 19th century. This is a welcome trend, but there is no guarantee it will continue. Policymakers should not be complacent about creating the conditions for inclusive economic growth." 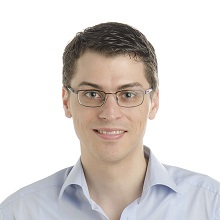 At a recent Policy Research Talk, Lakner delivered a tour-de-force synthesis of decades of inequality data on countries from across the globe, drawing in part on the Bank’s Poverty and Shared Prosperity 2016: Taking on Inequality report.

He began by addressing the recent evolution of inequality between all citizens of the world, regardless of national borders. To do this, Lakner turned to the most common metric of inequality, the Gini index. This workhorse of the inequality world measures inequality on a scale between 0 and 1, where 0 represents a theoretically perfectly equal society where everyone has an identical income and 1 represents a society where all income is concentrated in a single person’s hands. In practice, no society comes close to these mathematical extremes—in 2013, the average country had a Gini index of 38.

According to the estimates published in Poverty and Shared Prosperity 2016, the Gini index of global inequality fell from 67 in 2008 to 62 in 2013. Prior to this, inequality steadily rose from the early 19th century until 1988, and then plateaued for two decades.

Several factors drove this reversal. Chief among them was strong growth in average incomes in relatively poor and populous countries such as China and India. Reductions in inequality within countries in Latin America, and a plateauing of inequality within other populous countries, also played a role. The growth slowdown in rich countries in the wake of the global financial crisis also contributed to closing the gap.

Over the same time period, the world experienced an historic drop in extreme poverty, with the share of the global population living on less than $1.90 per day falling to 11 percent in 2013. The strong growth in low-income countries contributed to the declines in both global inequality and extreme poverty.

Perhaps most notably, inequality in Latin American countries fell between 2000 and 2015, with 16 countries registering a decline in inequality and none registering a significant increase. But Latin America was an outlier during this period, with other regions showing a more mixed picture. For example, in Sub-Saharan Africa, the sample of countries was evenly split between those with rising and falling inequality (in line with this recent World Bank study).

While many researchers have devoted years of effort to constructing accurate data on inequality, a task like this inevitably faces hurdles, according to Lakner. One challenge is tracking the incomes of the top 1 percent of earners. Typically, researchers rely on household surveys to track incomes, but the richest are rarely represented in these surveys. Instead, researchers are increasingly turning to tax data to uncover this information.

“Inequality has been a hot topic for research for decades,” said Aart Kraay, Director of Research at the World Bank. “While we’ve made many notable advances in this field, there is still much work to be done, not only to track inequality but also to better understand how the rules of the global economy can help drive inclusive growth.”