Cities Around the World Want to Be Resilient and Sustainable. But What Does This Mean?

The global urban population is expected to rise rapidly in the coming decades. This growth is forcing mayors and citizens to look more closely at and plan for issues such as the impact of climate change, ensuring green spaces, and the need for effective solid waste management.

. According to United Nations (UN) estimates, four billion people – more than half of the world’s population – live in urban areas today.

In addition, rising global temperatures increase the risks of rising water levels, landslides, droughts, hurricanes, and other disasters. Without urgent action, these climate impacts could push an additional 100 million people into poverty by 2030, according to the World Bank.

The good news is that, armed with knowledge and creativity, urban centers are finding ways to tackle new and old problems alike, with fewer losses and greater recovery capacity – in other words, creating "resilience".

The Catalyzing Sustainable Urban Futures global conference held recently in São Paulo, Brazil, which was co-hosted by the São Paulo City Hall, the Sustainable Cities Program, and the World Bank’s Global Platform for Sustainable Cities (GPSC), with the support of the Global Environment Facility (GEF), looked closely at this topic of “resilience”.

Representatives from four continents examined three global issues, with sustainability and resilience as an ever-present backdrop. The first was climate change, a concern that mayors can no longer afford to sidestep.

The second issue was the need for more green spaces – think about public parks with trees, birds, bees, and other species. Today, around one million animal and plant species are threatened with extinction, eroding the foundation of our shared livelihood, society’s ability for adaptation, and nature’s capacity to store carbon.

Third, there was a constant discussion about solid waste management. Without it, rivers will overflow and the air will be polluted by harmful substances, among other problems. With it, millions of people, including those in the recycling industry, will be presented with new opportunities.

Mitigating and adapting to climate change

and much of it occurs near natural hazards, rivers, and coastal regions, in the form of informal and unplanned settlements. A lack of infrastructure and proper land use plans exacerbates the risks facing residents, especially in view of climate change. Thus, several cities are now devising their own mitigation and adaptation plans. São Paulo, for example, is set to launch its plan in June 2020.

Another Brazilian city, Recife, already has a plan in place, in preparation for the city's 500th anniversary celebration in 2037. One-third of the local population lives in hill areas susceptible to disasters; another third of the population resides at sea level, which means that flooding is a threat.

“With the participation of civil society and the general population, we have compiled a strategic plan based on a set of urban and environmental plans containing a series of initiatives to mitigate [disaster risks], increase resilience, and adapt to the consequences of the climate crisis," stated Mayor Geraldo Júlio at the conference.

Plans in developed countries are even more ambitious. Paris, France, has pledged to become a carbon-neutral city by 2050, enacting 500 measures in various industries, such as construction, transport, energy, and food. These measures include goals such as using only green energy (biomass, wind, and solar), banning diesel cars by 2024, and eliminating all cars running on petrol fuels by 2030.

"We have compiled a strategic plan based on a set of urban and environmental plans containing a series of initiatives (...) to adapt to the consequences of the climate crisis"
Geraldo Júlio
Mayor of Recife, Brazil 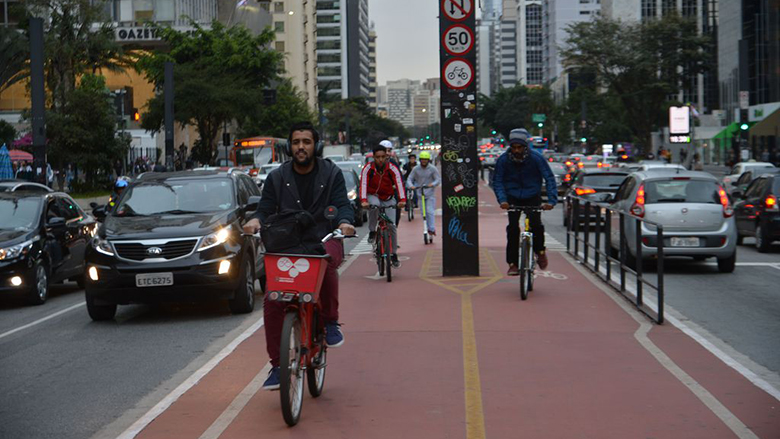 “With fewer cars on the street, we will not need as many parking lots or as much asphalt," said the Deputy Mayor of Paris, Pénélope Komitès. “We can, for example, use garage buildings to plant urban forests that help regulate the temperature.”

. These spaces capture carbon and improve air quality, among other benefits. Such changes are most welcome in Chinese cities like Ningbo, which has over 40 square kilometers of protected areas despite its population of 8 million people.

The project is in the preliminary phase.

Parks also help reduce heat, a much-needed improvement in a city like Caruaru in the Brazilian state of Pernambuco, where a linear park (i.e., longer than it is wide) will be built with a bike path connecting 14 neighborhoods, with the potential to benefit 140,000 people.

Together, these measures create opportunities for cities to deliver growth that is green, low carbon and competitive – and to build societies that are resilient, inclusive, and livable.

According to the World Bank report What a Waste 2.0: A Global Snapshot of Solid Waste Management to 2050, in 30 years the global rate of waste production will be double the growth rate of the population. “Cities and countries are developing rapidly, but without suitable systems to cope with changes in the waste disposed of by citizens," the study highlights.

Against this trend, São Paulo is gradually enacting initiatives and setting goals to alleviate the problem. For example, this year the local government joined the New Plastics Economy Global Commitment to ensure that 100 percent of plastic packaging can be recycled or reused by 2025.

In addition, there is an initiative in place in São Paulo to increase composting yards. Currently, there are five composting yards that receive waste from public markets with a capacity of up to 10 tons / day. By the end of 2020, the local government has promised a total of 17 composting yards to treat 100 percent of the waste from the more than 800 open markets held each week in the state capital.

Composting yards, waste disposal eco-points (available in São Paulo and Caruaru), or simply improved urban sanitation systems (as in the more precarious neighborhoods of Abidjan, Côte d'Ivoire) are among the various solutions that can be adopted by cities around the world to boost sustainability and resilience. Granted, these ideas are not always easy to implement and can be rather expensive. However, according to the What a Waste 2.0 report, the cost of inertia tends to be much higher for both the environment and the poor.