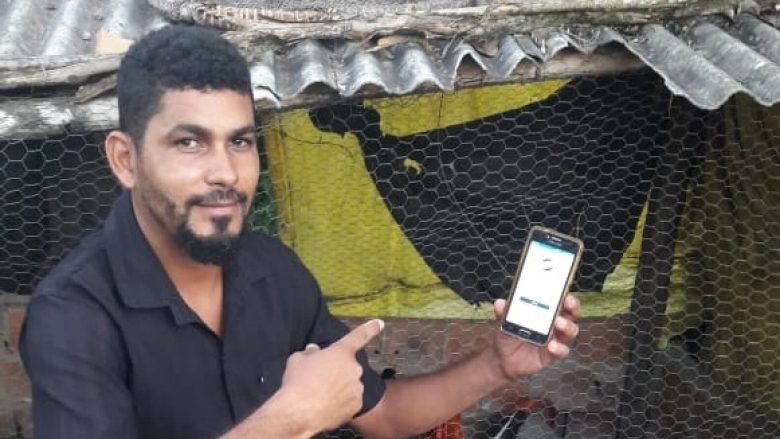 "This is unlike anything we have ever seen before. Initially, we feared we would not know how to use the system, but it is actually very easy to learn," said family farmer Rafael Borges, from Agua Fria, Brazil

With access to good internet infrastructure and affordable technology, farmers around the world can reduce costs and make better decisions

Until a few weeks ago, family farmers at the Água Fria Youth Cooperative in Bahia, Brazil did not know much about open-source software, or software that can be changed by anyone. Nor had they heard of blockchain, a kind of open, distributed ledger that records online transactions permanently in a tamper-proof environment. But when they learned of the potential of these technologies to leverage their businesses, they became instant fans.

The Água Fria farmers are among the first users of an app designed to facilitate the acquisition of goods and services by family farming associations and cooperatives in Brazil’s northeastern states of Bahia and Rio Grande do Norte.

People can use the app, which is available for Android and Apple devices, to digitally sign contracts, saving time and paper for buyers and suppliers. Open-source and blockchain technologies make every business transaction secure and easy to audit.

“This is unlike anything we have ever seen before. Initially, we feared we would not know how to use the system, but it is actually very easy to learn. Today we want to use it for everything,” says Rafael Borges, president of the Água Fria Youth Cooperative. The organization has used the system to purchase a laptop, a printer, and a GPS device. It is now looking to use it to buy equipment for raising free-range chickens.

The Decade of Family Farming

This new way of doing business was made possible by a partnership between the World Bank and the state governments of Bahia and Rio Grande do Norte as part of a much-needed effort to transform rural areas. “Providing farmers like Rafael and his colleagues with access to information technologies will be key to increasing rural productivity and helping feed the world's population, set to reach 9.7 billion people by 2050,” says World Bank rural development expert Fátima Amazonas, who runs Bahia Produtiva (Productive Bahia) and RN Sustentável (Sustainable RN), two projects benefitting from the new tool.

Family farmers produce 80 % of the world's food and manage three quarters of the planet's natural resources, according to the Food and Agriculture Organization of the United Nations (FAO).

With internet-enabled cell phones, apps, and other tools, family farmers can access more data and make better decisions, the FAO said in the Information and Communication Technology (ICTs) in Agriculture report published in 2017.

“The spread of mobile phones in rural areas has already caused major changes in the agricultural sector. Reducing these costs [of using cell phones] in developing countries ... helps promote market access, facilitates financial inclusion and risk management, contributes significantly to early warning, and can be central in revolutionizing agricultural extension,” the report found.

The FAO has designated the period from 2019 to 2028 as the United Nations Decade of Family Farming, and its action plan underscores the need to expand access to information technologies to more farmers and rural organizations. This requires investment.

"We want to increase our participation in the economy. This technology is very important because it expedites the process and generates quicker results"
Joara Silva
Director-president of Cooperbac, the Coffee Growers' Cooperative of the Barra do Choça Region of Bahia

In Água Fria, where Rafael Borges lives, fixed and mobile internet access has been available to farmers for a while. But that is not always the case for family farmers elsewhere in the world. According to data published by the GSM Association (GSMA) in 2018, global 3G coverage increased from 75% to 87% between 2014 and 2017, reaching 1.1 billion people previously unconnected to the internet. However, only a third or so of the population in low-income countries is covered by 3G networks.

The GSMA lists several factors that may help or hinder the uptake of new technologies by men and women in rural areas. The first is the cost of smartphones and data plans, as well as the associated taxes. The second factor is willingness: consumers often avoid using services out of ignorance or fear. A third factor is that content is not always available in the local language or easily understood by individuals with low levels of education.

All this was considered when creating the Online Procurement Solution. "Our primary goal was to build an intuitive and user-friendly application for farmers associations and suppliers," explains Luciano Wuerzius, Senior Procurement Specialist at the World Bank. “The procurement process had been the same for many years; the aim of technology is to improve it,” he adds.

All the beneficiaries of the Productive Bahia and Sustainable RN projects will be trained on how to use the app by the end of this year. The positive results of the app have been well received. Joara Silva, director-president of Cooperbac, the Coffee Growers' Cooperative of the Barra do Choça Region of Bahia, says, “We want to increase our participation in the economy. This technology is very important because it expedites the process and generates quicker results.”

The impact of new technologies is spreading to all professions, and now it is beginning to revolutionize family farming.