Q&A: Keeping the Promise of Education for Students Across MENA 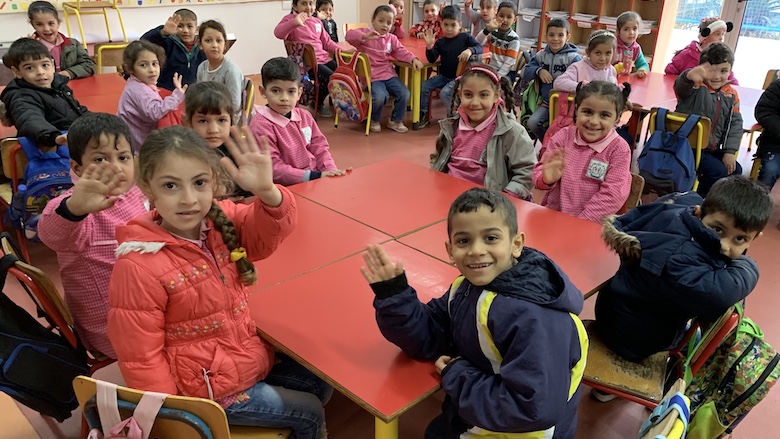 Millions of people in MENA are preparing for the start of the new school year. This is a period of optimism, in which young people and their communities invest in their future by investing in learning. There are many efforts under way across the region to reform education systems so that they are able to deliver on the promise and optimism.

The World Bank Middle East and North Africa Practice Manager for Education, Andreas Blom, answers some key questions about what is on the horizon:

Q1: As the new school year begins, what are some of the big challenges across the region, and what is being done to address them?

Well, first of all, more than 800,000 Syrian refugee children still remain out of school. This is a risk not just for these children, but for the region as a whole. It is essential to keep working with governments and development partners to address this gap. For example, in Lebanon the Bank has been supporting the expansion of the public education system since 2016. As of this year, more than 210,000 Syrian refugee children are enrolled in Lebanese public kindergartens, primary, and secondary schools, but a lot more remains to be done. In conflict-affected countries such as Yemen, a staggering 2 million children are out of school. Another challenge that every country in the region faces is the low quality of education; about 64% of 10 year-old children in MENA cannot read enough to understand a short story. This learning poverty is reflected in the results of international and national assessments.

On a positive note, the region is invested in measuring its progress and achievements. The OECD's upcoming Programme for International Student Assessment (PISA) results that will be announced in December 2019 will provide yet another opportunity to take stock of the progress being made in Arab countries. This evidence should drive the design and implementation of education reform programs.

Q2: What are some of the major education system reforms being undertaken across MENA?

There are a number of ambitious reforms in the region. Egypt launched a comprehensive reform package to improve the quality of education last year. Among other measures, it is introducing a new assessment system in secondary schools to move away from rote memorization towards analytical skills. The smart use of technology and digital resources for better learning are key elements of the program.

In Morocco, the Ministry of Education also launched a series of ambitious programs, including the 2015–2030 Education Sector Vision which lays the groundwork for a “New Moroccan School.” Also, the World Bank “Morocco Education Support Program” is supporting a shift in the system’s governance from resource-driven “logistics and accounting” to results-driven “performance and accountability.” This will enhance the quality and effectiveness of education service delivery, and thus improve learning outcomes for all.

Kuwait has been implementing the largest education reform program in the Gulf. Started in 2015, they focused on all education “inputs,” and the reforms covered teachers, curriculum, accountability mechanisms, standards, national assessments, and education data for grades 1-9.

The World Bank has been a major supporter of all these reform efforts. Education reforms can be difficult since they touch upon all families and households. But major change is needed since education systems are not serving children as best they could, and teachers, parents, children, and the society-at-large need to be consulted and involved as critical partners in the changes.

Q3: There is a lot of talk about the fourth industrial revolution – what is MENA doing to ensure young people are ready to benefit from it?

The World Bank will be doing more this year to prepare MENA’s youth for the demands of the ever-changing labor markets. For example, the Skilling Up Mashreq Initiative aims to facilitate the preparation of 500,000 young women and men in Iraq, Jordan, and Lebanon for the digital economy. Together with the private sector, the Bank will support partners to introduce digital skills in secondary school curricula, roll out school-to-work transition programs for tertiary education graduates, and facilitate access to online training and platforms for active youth.

The Skills for the Future Initiative is another example of the Bank’s activities to ensure that young people in MENA acquire digital economy skills. Partnering with Amazon Web Services and Code.org, this project conducts boot camps to expose young people to different digital skills and introductory trainings. Just two months ago, a boot camp was held in Dubai and attended by 150 students who were very engaged and eager to participate in the workshop activities.

Improving the livelihoods of young people is also the objective of the Tunisia Tertiary Education for Employability Project. Using competitive funds to finance academic excellence and employability programs in tertiary education institutions, the project aims to foster skills such as problem solving, team work, use of information technology, business and customer awareness, openness to new ideas and the drive to create value from these. Since its launch in 2016, the project has financed over 80 competitive grants focusing on employability training, and about 18,500 students are currently enrolled in trainings supported by the project.

Q4: What changes are you hoping to see across MENA’s education systems, and is there anything you will be paying close attention to?

Many MENA countries have shown their strong commitment to investing in people. It is the region with the highest number of early adopters of the World Bank’s Human Capital Project, which aims to galvanize high-level support for investments in education and health, starting with ensuring children receive quality early childhood education (ECE). Many rigorous studies from around the world have shown that investments in children’s early years can have a large impact on future education and health outcomes, and governments across MENA are increasingly investing in ECE. Both Jordan and the West Bank and Gaza have recently passed laws to universalize KG2. The opportunities and challenges of expanding access to high-quality ECE services will be discussed at the upcoming National Human Development Conference on September 18-19 in Rabat, Morocco.

Another topic I will be following closely is the rapidly evolving role of technology in education. EdTech provides an opportunity to help deliver quality education services in a more efficient, scalable and sustainable manner, that will be further explored in many of our current and pipeline projects.