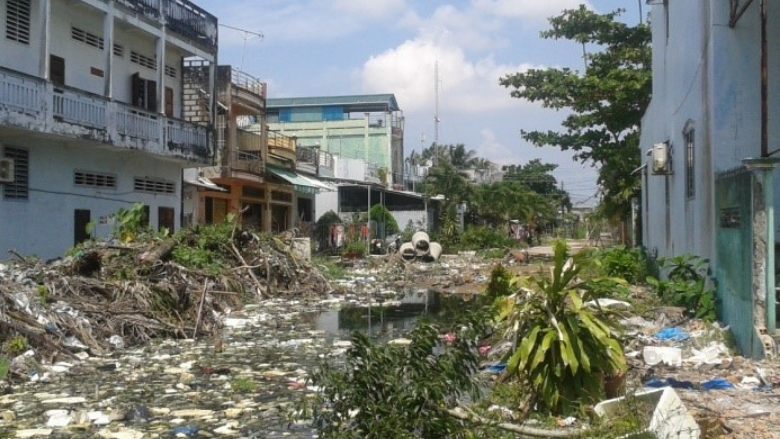 Alley 239 of D1 road in Ca Mau, before being upgraded. The project upgraded more than 260 kilometers of alleys and 480 kilometers of drains in low-income, low-lying neighborhoods, improving the quality of life for 625,000 beneficiaries

Better urban infrastructure can make cities not only more livable, but directly contribute to inclusive growth. In Vietnam, a small company located in an alleyway knows that firsthand. Thanh Loi, a family business selling chili sauce, spicy condiments and bottled syrup was able to double its revenue after urban upgrading expanded the alley to allow for cars.

With the company’s main location in an alley, it could only use motorbikes to move goods and materials, a major obstacle to growing the business. After the alley was upgraded through a World Bank-financed project, trucks could finally drive through for pick-up and delivery, allowing Thanh Loi to double its production capacity.

When a World Bank team first pitched the idea of doing a large-scale urban upgrading project in Ho Chi Minh City in 2003, there was a lot of skepticism. Many had already tried to – municipal authorities and NGOs alike – with limited success.

Two factors were key to the successful implementation of both projects. “We took community participation seriously. We would not move forward with a course of action unless we acquired approval from at least 60 percent of residents. Based on such discussions, we drew up the communities’ upgrading plans – also known as the project’s ‘manifesto' " says Hoang Thi Hoa, Senior Urban Development Specialist at the World Bank in Vietnam.

"We took community participation seriously. We would not move forward with a course of action unless we acquired approval from at least 60 percent of residents. Based on such discussions, we drew up the communities’ upgrading plans...."
Hoang Thi Hoa
Senior Urban Development Specialist, World Bank Vietnam 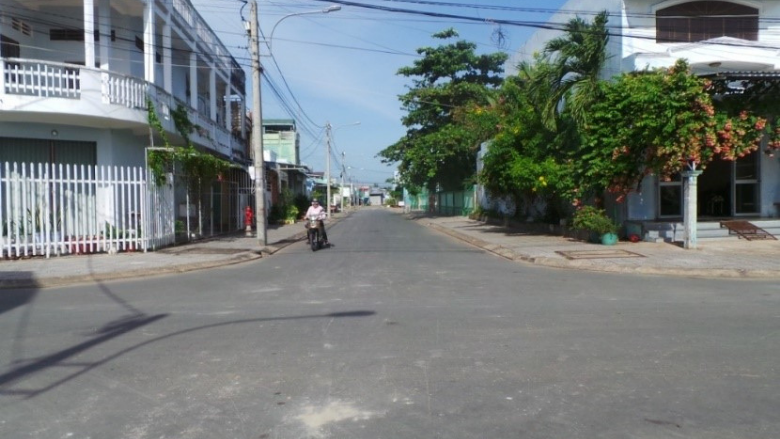 The MDRUUP project also set up a grievance mechanism that was frequently used by concerned residents. To forge an even bigger sense of ownership, the project required mandatory community contributions of 3 percent of the value of the upgraded component for road construction. The rate was based on extensive surveys of the beneficiaries’ willingness and ability to pay. On average, a 3-person household contributed about VND400,000 (US$17).

Some might see such a requirement as an obstacle, but the Bank team found that it increased participants’ accountability and commitment. The extra financial responsibility incentivized local communities to proactively monitor the progress and quality of construction, acting as dedicated grassroots auditors.

Community participation was essential but only one part of the process. Another important factor was the comprehensive multisectoral approach adopted. During urban upgrading, sometimes a road can be newly paved only to be dug up a few months later for new water pipes. The project made sure that did not happen. In every site, infrastructure improvements were provided in the proper order, in a combination of water supply, drainage, paved access, electricity, sanitation services, and solid waste management tailored to the community’s needs.

While the obvious advantage of this approach was time and cost savings, it required a tremendous amount of coordination, which would have been impossible if not for the inclusion of the project components into municipal work plans. This helped secure a much higher of level of cooperation and shared understanding.

And while MDRUUP’s planned investment amount did not change, it actually delivered more than originally planned, some more than double: from 146,000 to 355,000 in terms of the number of low-income people with access to improved infrastructure services, from 150 to 260 kilometers of new and improved roads, and 240 to 480 kilometers of drainages built as well as 26,000 to 43,300 households with water connections installed. The total whole-life quantifiable benefits of the project are valued at approximately US$724 million in terms of savings in health care costs, productive time, flood control damage, as well as increased land prices – nearly double the initial project investment. All benefits go to local residents.