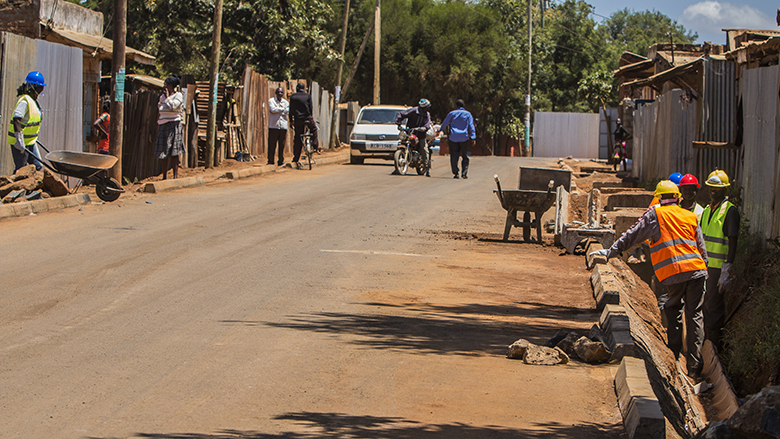 Kenya’s roads have historically been vulnerable to heavy rains. In 2018, just when motorists thought hazardous potholes were a thing of the past, torrential rains and the ensuing floods swept away sections of Kenya’s roads, a terse reminder of the limits of planning.

Even then, the Nairobi-Nakuru-Kisumu highway, the main artery connecting Kenya’s capital to neighbouring landlocked Uganda remained almost intact. According to the Kenya Roads Board (KRB) Chief Executive Officer Jacob Ruwa, “the performance-based road maintenance contracting (PBMC) is the secret to the Kenya National Highways Authority’s (KeNHA) well-kept roads.” PBMC is a service agreement that holds contractors to account. It avoids lengthy, and occasionally challenging tendering processes, which do not factor wear and tear such as new potholes.

“On the Thika super-highway, for instance, the contractor is paid a monthly-fixed fee under PBMC, based on competitive bidding,” says KeNHA’s Development Director, Engineer David Muchilwa. Payment is conditional on the highway remaining pot-hole free. Guardrails must be repaired and cleaned, streetlights must work and there should be no bushes on the roadside. Flouting of these minimum standards has consequences that include forfeiture of payment altogether.

“The penalties are working,” says Ruwa, whose board administers the Road Maintenance Levy Fund (RMLF) that enables KRB to fund and coordinate road development, rehabilitation and maintenance.

PBMCs covering 5,000km helped KeNHA to address the damage wreaked by the 2018 floods. “All our main road networks have a contact person I can call to rush to investigate and address damages to a road. However, we cannot cover the entire 18,500km stretch in our performance list because of budget constraints,” says Engineer Muchilwa, who is also the agency’s Technical Team Leader for World Bank-supported projects.

Not all national roads are highways, and KeNHA is specifically responsible for the 18,500-km stretch designated as national highways. The law that created KeNHA also created the Kenya Rural Roads Authority (KeRRA) and Kenya Urban Roads Authority (Kura) for rural and urban roads, respectively.

For Muchilwa, recent reforms in the sector are ‘dramatic’ and address the past situation where government departments managed roads. Combining policymaker and project implementer roles failed, not only in Kenya, but throughout Africa, he observes. Amid worsening roads, Kenya moved to implement a raft of best-practices with the support of the Africa Transport Policy Program (SSATP), an international partnership hosted by the World Bank to facilitate policy development and capacity building in the transport sector in Africa. Some of the SSATP support included helping KeNHA establish road funds for consistent road maintenance, introducing Weigh in Motion (WIM) bridges that have decongested standard weigh stations, and helping Kenya shift the mandate to develop access road to critical high-volume freight and logistics centers—such as the port of Mombasa and the railways terminals—from municipalities to KenHA. The result has been faster construction and timely maintenance of these transport terminals, with positive spill over effects on the ease of moving goods.

“Kenyan roads needed to be managed in a more business-like style, free of executive interference with budgets, citing other pressing needs,” says Muchilwa. However, a business-like ethos was only possible if execution of programs was separated from policy formulation.  This came to pass when the previous roads department was replaced by KeNHA, KeRRA and KURA, through reforms supported by the World Bank. The reforms culminated in the enactment of the Kenya Roads Act 2007 that led to the creation of the three road authorities responsible of managing the entire road network. Today, KeNHA has outsourced road construction and maintenance works to the private sector, which executes its giant engineering works, supervision and operations.

KeNHA has also restructured and replaced staff’s permanent and pensionable terms with three-year contracts. The new structure applies to top management, including Muchilwa and the Director-General. “I’m also on contract, renewable once,” declared Muchilwa.

A key new feature of KeNHA was a move from the traditional, one-size-fits-all bureaucratic voucher payment system to one in which projects are better planned and implementation can proceed faster and stick to agreed timelines. Business-like management also eliminated the piling up of unplanned additions that previously plagued ongoing road projects, scuttling budgets. KeNHA only executes projects emanating from its Highway Planning and Design directorate and included in the Roads Sector Investment Plan, a requirement under the Kenya Roads Act 2007.

Challenges persist, but KeNHA, with World Bank support, is tackling difficult issues such as how best to relocate businesses on road reserves, compensation for land acquisition, relocation of structures and the timely release of budgetary funds.

The World Bank has been a leading supporter of Kenya’s road rehabilitation efforts over the last 14 years, with over $1 billion in IDA financing.