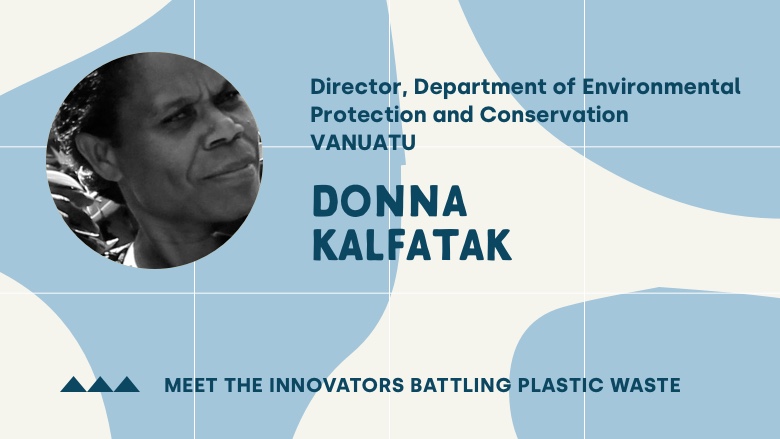 Donna Kalfatak is the Director of Vanuatu’s Department of Environmental Protection and Conservation. Vanuatu has a world-leading single use plastic ban that came into effect in January 2018, banning non-biodegradable plastic, including bags and polystyrene containers. Now, Donna, who has a background in conservation, is working towards an expansion of the ban including plastic cutlery and grocery packaging. But Vanuatu can not do it on its own, she says.

I’m the Director of Vanuatu’s Department of Environmental Protection and Conservation. I’ve been in this role since February 2019, and I previously worked in biodiversity and conservation.

As a director I have been working with our waste management team, the Ministry of Climate Change and the Ministry of Foreign Affairs on the development and implementation of the second phase of Vanuatu’s plastic ban and the regulations around it.

When did you first begin to focus on environmental issues?

I was raised in the islands. As a child I would go to the forest and gardens and I would go to the sea to fish and swim. I’m used to interacting and being connected to nature, so I went on to study and learn about our connection to the environment and the importance of biology, ecology and biodiversity.

How challenging has it been to implement the first phase of the nation-wide plastic ban?

When it first came out, there were comments from people who didn’t want it. But we kept moving forward. We had real challenges with ending single use plastics for shopping, and the public had some serious issues with this.

But in the end, the ban was implemented and now people appreciate the clean environment. People are used to it, and shops are also comfortable with not providing plastic. Now people are more focused on looking at using alternatives that are better for the environment.

"We hope that other countries will follow our example for clean oceans, because the ocean surrounds our countries. We are connected by the sea. We need other countries to come together and act on addressing ocean wastes as well. Vanuatu cannot do this by itself. "
Donna Kalfatak
Director, Department of Environmental Protection and Conservation, Vanuatu 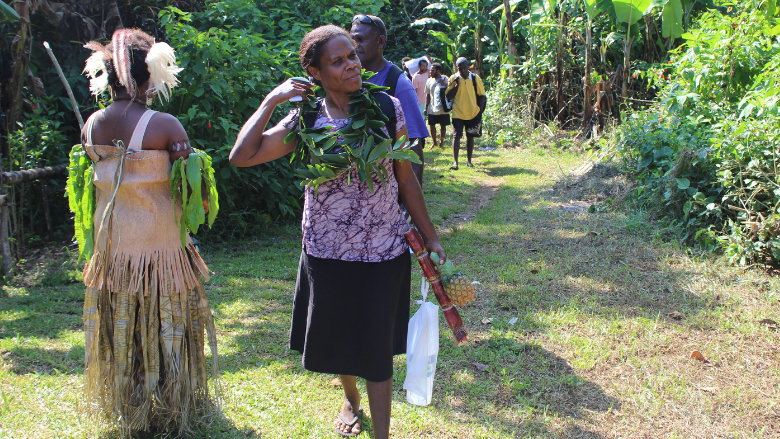 Why did Vanuatu want to introduce the ban?

In Vanuatu, we had run a lot of ‘clean up’ days and environmental days, and during these we would work on awareness, promote clean up drives and share information so people were aware of the issue of plastic waste.

But we would clean up waste and plastic and then it would just slowly return to normal with rubbish everywhere, so people could see some of these items were an issue when attitudes started changing. Once people saw it wasn’t good for the environment and not good for our health, the ban just started to make sense to people.

What effect has the ban had?

We are seeing less plastic bags and reduced plastic pollution in [the capital] Port Vila, and elsewhere in urban areas. So I think it has made a difference.

Recently I was in a meeting with other Pacific Islanders who came to Port Vila after some years, and they said they had noticed a big change.

What is happening with the second phase of the ban?

Phase 2 follows a waste audit done by the Centre for Environment, Aquaculture and Fisheries Science (Cefas) that is part of the Commonwealth Clean Oceans Program. Their audit showed eight other products that are higher in quantities.

Following that, there was a regional ministers meeting in February [2019] that shared progress on plastic pollution. At that time the Minister of Foreign Affairs and External Trade, the Hon. Ralph Reganvanu, made an announcement on an expanded list of items that included these eight items that would also be banned. Three months ago the Council of Ministers endorsed the ban, and now we are working on the official regulations and the ban will come into effect on the first of December this year.

One item that has been difficult though is disposal diapers, and we will not be banning them as yet. Instead, we have it on a phase out period for one year and will then decide whether to completely ban them or introduce different regulations. This will be a learning phase for us.

The other seven items have received good support, and people are very motivated.

What impact do you hope your work can achieve?

In the long term we want a clean ocean. And a green, healthy environment.