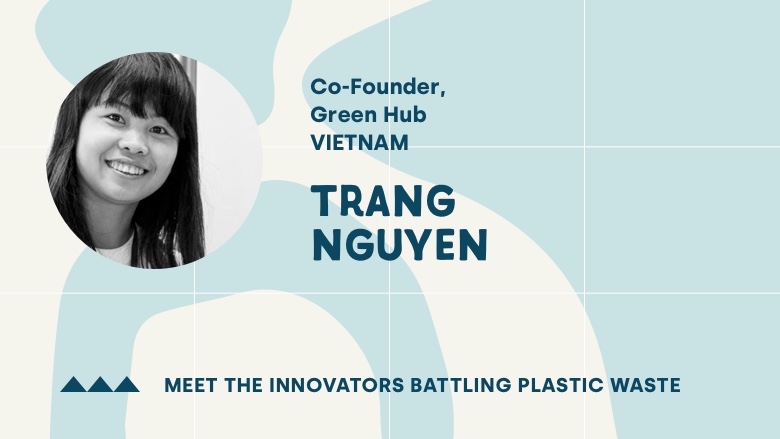 Trang Nguyen is passionate about mobilizing youth in Vietnam to build collective solutions to plastic waste. She is the Co-Founder of GreenHub, a sustainability-focused NGO in Vietnam.

I’ve been working in the environment and development sector with a focus on plastic pollution in Vietnam for about 14 years.

I am passionate about plastic pollution initiatives, collective solutions and actions. It’s exhilarating to connect with people and to contribute to positive changes and that is why I started GreenHub with like-minded colleagues in 2016.

How is plastic waste an issue for oceans and waterways in Vietnam?

Plastic waste is one of the greatest environmental challenges currently facing the world. Plastic materials were invented just a century ago, but they already pose a growing global threat to both the ocean and society. The magnitude of the problem requires urgent actions.

Vietnam’s rapid economic growth and urbanization has directly increased solid waste generation. According to the Vietnam Environment Administration, municipal solid waste in Vietnam increases 10 to 16 percent each year. It is estimated that over 30 million tons of waste is produced in Vietnam annually, a third coming from urban areas, and only 10 percent of waste is recovered for recycling or reuse.

The situation is especially critical in Vietnam’s coastal areas, cities, and river banks. Vietnam has been listed as one of the top 5 countries contributing to the world’s unmanaged plastic waste entering the ocean, with an estimated 2,500 tons of plastic waste discharged across Vietnam daily.

In 2006, I was working as an International Coastal Clean-up Coordinator in Vietnam to mobilize youth to join efforts to reduce marine debris through clean-up activities.

In 2017, I met Dr. Denise Hardesty - a principal research scientist and team leader with Commonwealth Scientific and Industrial Research Organization (CSIRO), and a leader in movement ecology, which studies the world’s marine pollution and works with countries to reduce the amount of litter entering our oceans.

After this, I thought that by looking at how litter makes its way into the ocean we would be able to implement solutions underpinned by science. Currenly, I work towards research that adopted scientific methods for surveys for plastic pollution monitoring in Vietnam. This is done in partnership with CSIRO and the International Union for the Conservation of Nature (IUCN). 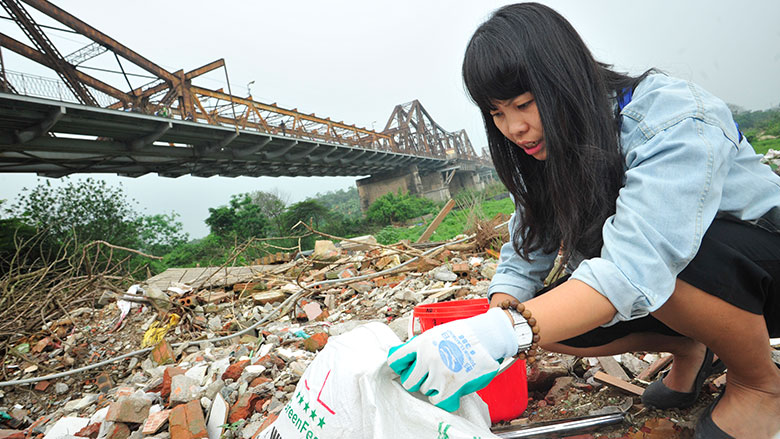 What do you hope your work can achieve?

Once I got back from training with CSIRO, I started to conduct research in Vietnam. I wanted to learn about plastic waste. How much was out there? What size was it? Where was it coming from? In May 2019, I started taking students with me to collect data inland, in rivers and on the coast and I started plastic pollution training for youth. This focused on engaging young people in environmental education and helping them understand that they have the power to make a difference. All the data is collected and analysed and contributes to National Action Plans on reducing ocean plastic waste in Vietnam.

I believe that I have a responsibility to be a positive role model for my daughter and my family. And the best way to show my gratitude towards those who have supported me is by doing my best.

Ocean plastic pollution poses similar challenges to other environmental threats because the symptoms are often considered remote from the largely land-based causes. I strongly believe that the public can make a difference to stem the tide of plastics pollution by: