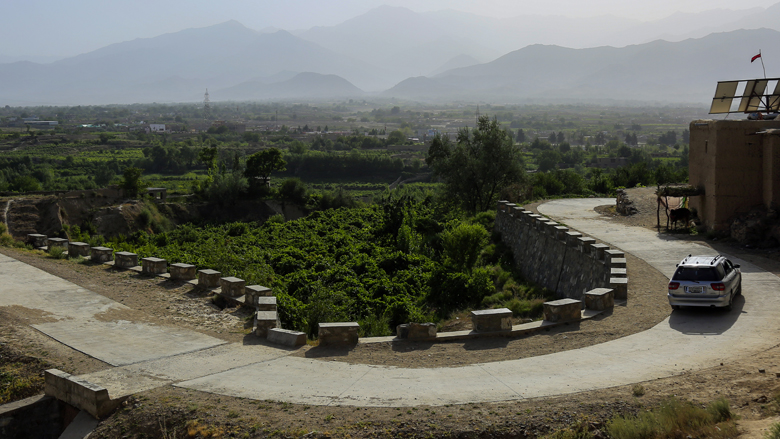 A 3.1 km road rehablitated by Afghanistan Rural Access Project (ARAP) in the northern Mirbachakot district of Kabul porvince has connected 10 villages to the center of the distrect and provided easy access to essential services for 8,700 rural Afghans.

MIRBACHAKOT DISTRICT, Kabul Province – In his self-modified motorcycle mini-truck that serves as a local taxi, Zarkarim, 26, waits patiently alongside the road outside of Sonobar village for his next customer.

Zarkarim’s motorcycle mini-truck was an important means of transport for villagers in Mirbachakot district when most other vehicles refused to take passengers down the unpaved rural roads. “My motorcycle mini-truck was getting damaged and slowly destroyed by the rough road conditions over time,” recalls Zarkarim, who has spent four years as a driver, traversing the roads in and around the district.

In recent years, however, Zarkarim has been happy to carry passengers and goods in his motorcycle mini-truck. A main road in the district was asphalted by the Afghanistan Rural Access Project (ARAP) in 2016. Since then, “I and the other drivers are so happy because we can make our trips on a paved road,” Zarkarim says. “I also make more money because I can make four or five trips a day carrying goods when before I could only make one trip because I had to drive so slowly and carefully over the dirt road, often having to repair damage along the way.”

The paved road has greatly benefited farmers like Sahib Jan, 19, who depends on motorized transportation to sell his produce in Mirbachakot’s district center. “My biggest problem [before the road was paved] was getting my fresh produce to the market,” he recalls. “Cars would not come and take it from my house, so my only option was to take it to the market by donkey and wooden carriage.” He says the bumpy journey took much longer than a journey by motor over paved roads, and it also tended to damage the goods. Today, however, shop owners are willing to travel the road, which means they can come to him to buy his produce, reducing the amount of goods he personally has to transport to the market, says Sahib Jan.

"Since the road was paved, our transport problems have been solved. The cars can now come to our door and take us to our destination. We can go anywhere." 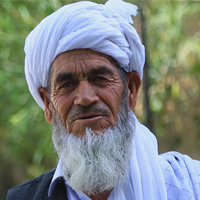 Zarkarim is among 8,700 Afghan villagers in 10 villages of Mirbacakot district in the north of Kabul province who are now connected to basic and essential facilities and services in the district center in all seasons of the year. Their village’s road was paved in 2016 by World Bank and #ARTF supported Afghanistan Rural Access Project.

Ahmad Hamed Serat, 36, ARAP project manager for Kabul Province, points out that ARAP is having an impact on the district’s development. “Paved roads facilitate development of the communities—easy access to school, hospitals, and other villages and cities are all necessary for Mirbachakot to grow and improve,” he says.

“Our people need help to improve their circumstances, and having traversable roads is one of the first steps to help them,” says Hamed.

It is a follow-on project of the National Emergency Rural Access Program and is supported by the Afghanistan Reconstruction Trust Fund (ARTF), managed by the World Bank on behalf of 34 donors, and the International Development Association (IDA), the World Bank Group’s fund for the poorest countries.

The upgrade to an all-weather road has meant that villagers now enjoy safe and reliable transportation, which has boosted social inclusion among the villagers of Mirbachakot district. “Our problem before the paving of this road was that at times we could not pass through the road because of the deep mud, holes, and water,” says Ekramuddin, 90, a farmer from Siab Sangar village. “Women, small children, and the elderly like me were affected the most when road conditions were bad, especially during winter and rainy days. There was no safe way for people like us to travel.” 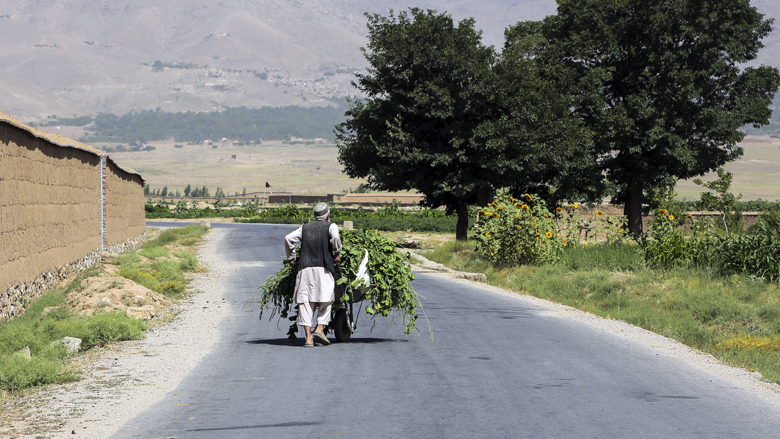 Another villager, Haji Nizamuddin, 65, a farmer from Siawe Charmgar village, agrees that the community’s mobility has improved greatly. “If there was a ceremony, like a wedding or anything else, we could not attend before,” he says. “Since the road was paved, our transport problems have been solved. The cars can now come to our door and take us to our destination. We can go anywhere.”

Villagers say that it now takes less travel time and prices for local taxis have fallen, making transport more accessible for all. “Before it took an hour for us to get to the main street from Sarghech village, but now we get there in 15 minutes,” says Malik Amruddin, 57, the Sarghech village Malik (local chief). “The cars used to charge us 500 afghanis (about $6.70)* for the trip, but now they are happy to charge just 150 afghanis (about $2).”