Hope is where a home is 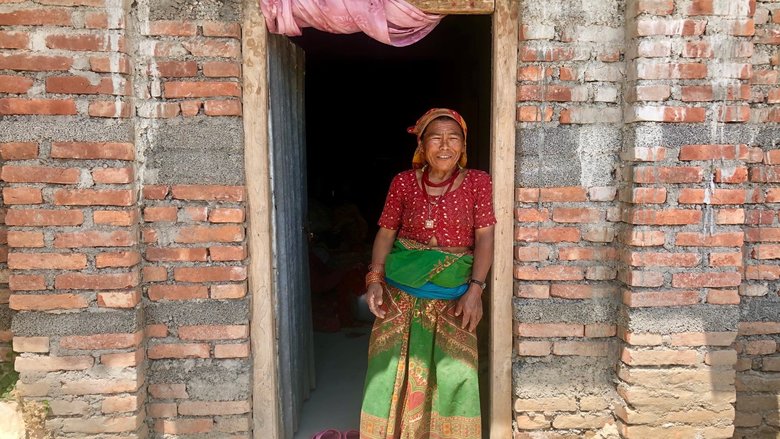 Sunmaya Tamang from Rabiopi village of Kavrepalanchok district in central Nepal stands at the entrance of her newly-built house.

Four years after the devastating earthquake, Nepalis are rebuilding their homes and lives

53-year old Sunmaya Tamang from Rabiopi village of Kavrepalanchok district in central Nepal stands at the entrance of her newly-built house.

“The 2015 earthquake took away everything I had,” she says, “But I now have a better house. That is an improvement!”

Sunmaya gathered courage to begin laying the foundation of her house after she received the first tranche of NRs 50,000 provided by the National Reconstruction Authority (NRA) to earthquake survivors.

On April 25, 2015, Sunmaya was at home, when the 7.8 magnitude earthquake struck Nepal. “It was a miracle that my family survived,” she recalls, “Now we are all going to move into this house.”

She feels that her new house is built to protect. “Earlier, I had a mud-and-stone house. Now I have used bricks and cement, and the engineer and masons have assured me that it is earthquake-resistant.” She has received all three tranches – a total of NRs. 300,000 – provided by the government to earthquake-affected households.

A lane away in the same village, Kalpana Koirala gazes proudly at her two-storied house. “We lost everything in the 2015 earthquake, including our clothes and utensils,” she says.

Kalpana’s family of four lived in a temporary shelter for a while. “If anyone had told us that we would be living in a concrete house in a few years, I would never have believed them,” she says.

Soon after, they received assistance from the government. “We were informed about the subsidy provided by the government to earthquake survivors, and were the first family in our entire village to sign the participation agreement to enroll into the Government’s reconstruction program,” she says proudly, “That amount gave us a lot of courage and hope, a sense of security that someone was looking after us.”

The Koirala family built their house as per safe building standards and have received all three tranches. “This house that you see now, it’s not merely a residence, it is constructed out of our renewed hopes and dreams,” Kalpana ends the conversation with a smile.

“It is amazing to witness the resilience and strength of the Nepali people,” said Executive Director Tantitemit, expressing her admiration at the villages that have been rebuilt after the 2015 earthquake, “It was an eye-opening experience to talk to local communities affected by the earthquake, and understand the challenges being faced by them.”

Both of them applaud the partnering of World Bank with the Government of Nepal together with other development partners in reviving and ensuring a better life for the communities.

" “This house that you see now, it’s not merely a residence, it is constructed out of our renewed hopes and dreams.” " 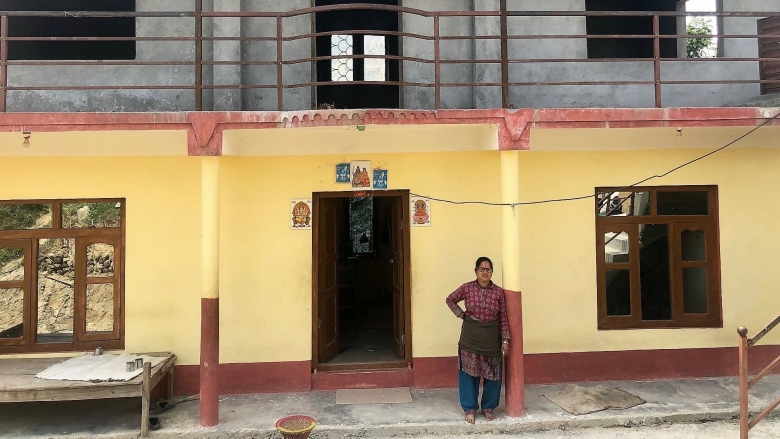 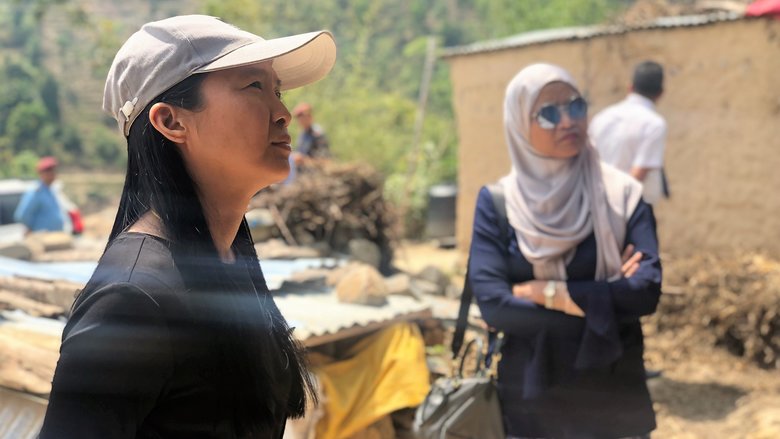 With gradual ease of construction supplies and better availability of trained masons, housing reconstruction is picking up pace. More than half of the enrolled beneficiaries have completed rebuilding their homes destroyed by the earthquake. The numbers will go up, as the NRA trains more masons to deal with enormous demand for earthquake-resistant technologies. NRA plans to deploy socio-technical assistance team comprising of mobile mason, social mobilizers and senior engineer at the local level to expedite reconstruction. This support will be provided to beneficiaries who have yet to begin reconstruction or are at different stages of reconstruction.

The World Bank was one of the first agencies to pledge housing reconstruction support through the $200 million Earthquake Housing Reconstruction Project for communities in Dhading, Dolakha and Nuwakot. In January 2018, the Government of Nepal and World Bank signed an additional financing agreement, bringing the total amount to $500 million. This will finance hazard-resistance reconstruction of a total of 151,000 houses in 14 most affected districts.

By end of March 2019, the government’s housing reconstruction program has identified 824,452 beneficiaries, with 755,868 already receiving the first cash grants. Out of these, 612,152 have begun constructions. Meanwhile, a heartening number of homeowners – 382,043 – have already finished rebuilding their homes, and lives, rising above the rubble of 2015.