Recovery and Resilience in Lao PDR 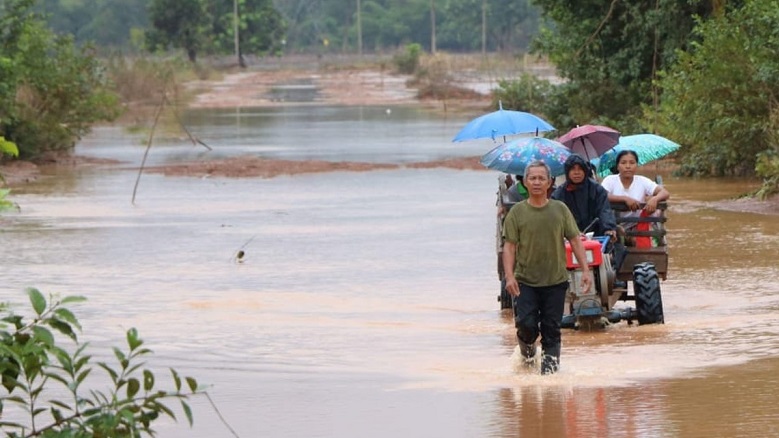 In 2018, Lao PDR suffered its most costly floods in a decade. Heavy rains from two tropical cyclones were compounded by the collapse of a saddle dam in Attapeu province, which caused flash floods. Overall, more than 600,000 people across the country were affected, and 64 people lost their lives. The destruction of farms and microenterprises, along with the disruption to social services, have affected income sources and increased the debt levels of the 70% of households already in debt. There are concerns over growing health issues; malnutrition and dengue fever, among others, increased in flood-affected areas and are exacerbated by the damages caused to health facilities. Vulnerable communities are particularly affected, especially with the displacement caused by the destruction of almost 1,700 houses.

To identify the priority needs following the floods, the World Bank, with support from the Global Facility for Disaster Reduction and Recovery (GFDRR), worked closely with the United Nations, the European Union, and civil society organisations to conduct a government-led Post-Disaster Needs Assessment (PDNA).

The assessment was completed in less than a month, thanks to close cooperation between partners. The PDNA report estimated total damages of US$371.5 million, equivalent to 2.1% of the country’s projected 2018 GDP, and 10.2% of Lao PDR’s annual budget in 2018. Recovery needs were estimated at US$520 million, with highest impacts identified in the transport, agriculture, and waterways sectors. The PDNA highlighted actions for improving gender equality and child protection in the recovery process.

Since the assessment, the World Bank and the Government of Lao PDR have been working to implement recommendations from the PDNA. The two hardest hit public sectors are transport and waterways, making up 75% of total damages. To provide immediate support for recovery and reconstruction, the World Bank is providing US$54 million through project restructuring and special funding from the International Development Association (IDA) Crisis Response Window for the rehabilitation of roads and embankments. Climate resilient measures are being introduced throughout the reconstruction. For instance, the rehabilitation of roads will include bio-engineering solutions to improve road slope protection. When rehabilitating embankments, flood monitoring and warning mechanisms, along with local contingency plans, will be developed. Recovery efforts also support the government’s long-term development activities, in line with the Five-Year National Socio-Economic Development Plan. 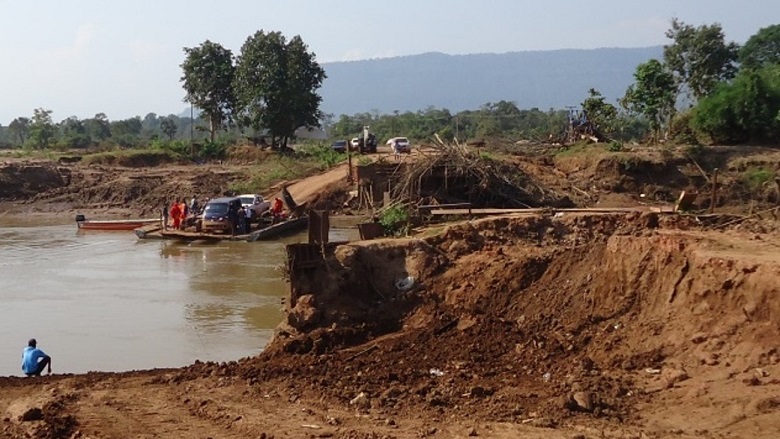 The World Bank’s response to the floods does not stop at recovery. “After the 2018 floods, we developed an integrated approach to support the country, not only with the reconstruction but also with reducing the longer-term vulnerability to floods,” said Henrike Brecht, World Bank Senior Infrastructure Specialist leading several disaster risk management projects in Southeast Asia.

Lao PDR is highly vulnerable to natural disasters, with annual expected losses for flood events alone ranging from 2.8% to 3.6% of GDP, so systematic risk reduction is critical. The World Bank supports disaster resilience in the long-run through scaling up investments in flood risk management and strengthening disaster risk financing.

The  Lao PDR Southeast Asia Disaster Risk Management Project helps to reduce the impacts of flooding in Oudomxay Province through a mix of green and grey flood risk measures while enhancing monitoring, forecasting and early warning of natural hazards.

To improve financial resilience to natural hazards, we are supporting the development of a national disaster risk financing and insurance strategy, while also facilitating Lao PDR’s participation in the Southeast Asia Disaster Risk Insurance Facility (SEADRIF). SEADRIF is a regional platform to provide participating countries with financial solutions and technical advice to increase financial resilience to disaster risks. In addition, the government and the World Bank are preparing a Disaster Risk Management Development Policy Operation, which includes a Catastrophe Deferred Drawdown Option. This will help support Lao PDR’s efforts to effectively prepare for and respond to natural disasters by driving institutional reforms for resilience. The project will also provide access to rapid financing after future disasters for response and recovery to ensure immediate help for those in need.

Looking ahead, growing cities and a changing climate will further shape disaster risks in Lao PDR. Putting systematic measures for increased resilience in place ahead of time will help to save lives and money.