Through the Lens: Celebrating Women at Work on International Women’s Day 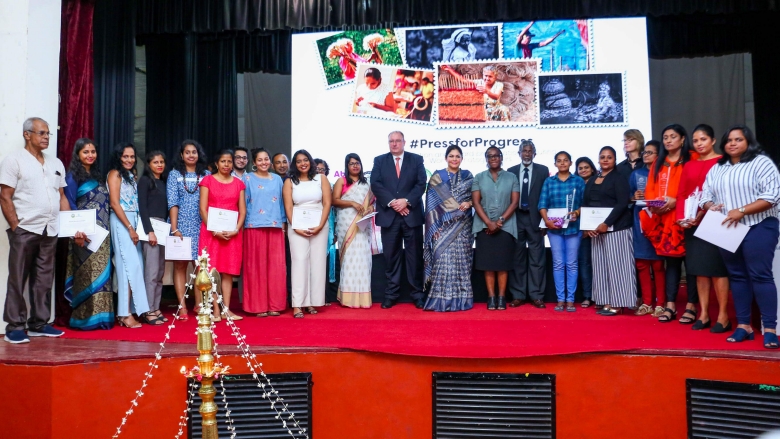 When Nayomi Thomas, one of the winners of the photography competition, stepped into the room at the Old Town Hall, she was surrounded by photographs of Sri Lankan women: women in agriculture and industry, women who plucked tea leaves and others who sewed. The exhibition marked the culmination of the World Bank’s year-long campaign to #PressForProgress for more and better jobs for women in Sri Lanka, and included a mobile exhibition where the photographs were taken around the city on tuk-tuks by the women drivers of PickMe.

“,” Nethmie Ranasinghe, another photographer, recalls. “I felt proud as a woman to see them going to any length to provide for their families.”

For Nethmie, the feeling extended to an appreciation for the 79 women who had sent in some 600 photographs for consideration of the judges. “Photography is also a field where men believe that women can’t do it properly,” she says citing common beliefs that women are unable to “tolerate the hardships” needed to get truly great pictures. “,” she said. “It’s actually inspiring.” 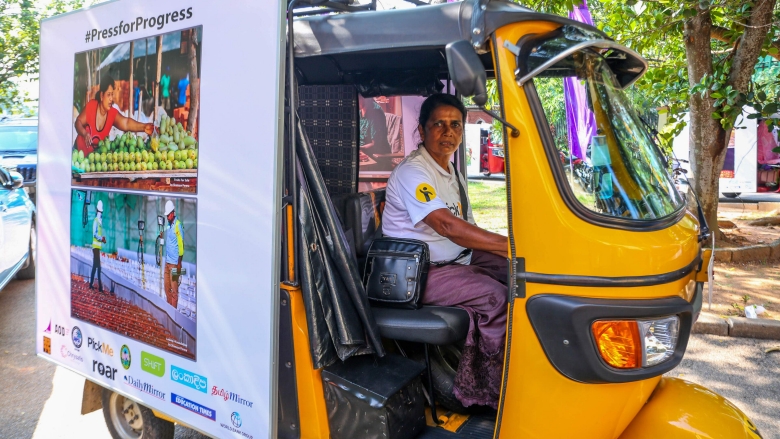 . She was proud to be part of the mobile exhibition, and said that she was in her own way breaking stereotypes. “There is some social stigma around women driving three-wheelers,” she admits but says that she feels the profession is still a good one. It allows her to save and gives her independence. In fact, she used her savings to buy a car, and now rents out one vehicle while driving the other herself.

On a recent visit to Sri Lanka, the World Bank Vice President for the South Asia Region, Hartwig Schafer, who heard from Rasika and others, said that women like Rasika were demonstrating what they could accomplish with their own determination. “,” he noted.

In recognition of this, Mayor Rosy Senanayake said that the Government of Sri Lanka hoped to increase female labour force participation from 37 to 40 percent by 2020. 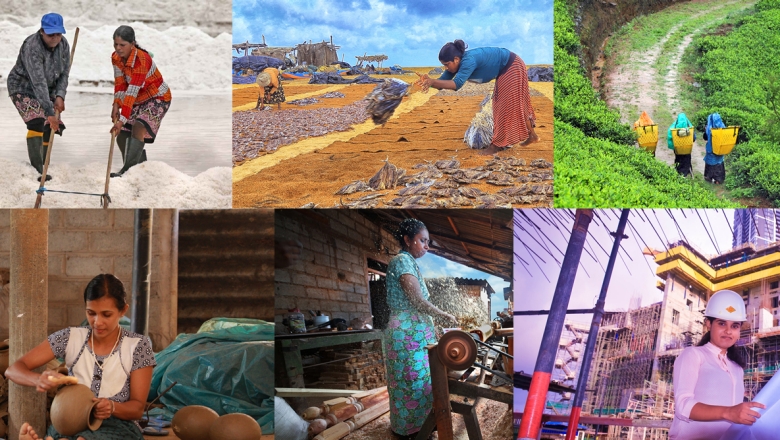 Meanwhile, the winners of the competition will see their work included in the World Bank’s Art Program. One of the youngest winners, 17-year-old Shanaya Perera spoke of how being a photographer was for her a radical act because it represented the freedom to follow her own dreams. However, she said, women needed allies – especially from their families. “,” she said.

It’s a message that echoes the theme for the 2019 International Women’s Day. The focus on ‘Balance for Better’ is an indication of how perceptions are shifting. Old stereotypes of gender roles are being re-examined in many homes, and at work, an enabling environment is seen as essential to levelling the playing field. Various stakeholders are fighting to draw women back into the workplace and to find gender balance in every aspect of society, from government representation to media coverage. Increasingly, gender balance is seen as essential for economies and communities to thrive.

And it all starts in the home. Like Shanaya, other photographers too noted a vital role their families and spouses played in enabling their careers and interests. Ayesha Bulathgama, who took 1st Place in the Over 35 age category, said that for her balancing her work and her responsibilities to her children was a particular challenge – one that her mother helped her with.

Photographer Indunil Usgoda Arachchi had a similar story to share: “It’s important that the family members support each other and understand each other better so that a woman alone doesn’t have to sacrifice,” she said, adding: “.”