, which faces the world’s largest gaps in electricity access. But solar and wind power are variable by nature, making it essential to find effective ways to store the electricity they produce to use when it is needed most.

Energy storage – batteries in particular – can help solve that problem.

Today, battery technology is costly and not widely deployed in large-scale energy projects. The gap is particularly acute in Sub-Saharan Africa, where nearly 600 million people still live without access to reliable and affordable electricity, despite the region’s significant wind and solar power potential and burgeoning energy demand.

A recent partner- and investor-focused conference sought to do just that.

The “Batteries, Energy Storage & the Renewable Future” event in Cape Town on Feb. 24 and 25 was attended by more than 200 participants from companies including Tesla, General Electric, Fluence, Siemens, the Southern Africa Power Pool, and national research labs and utilities from many countries.

South Africa’s Minister for Energy, Mr. Jeff Radebe, delivered opening remarks, and underscored the country’s commitment to the application of battery storage in its energy systems.

The event focused on the potential for batteries and other forms of energy storage to complement renewable energy by supporting off-grid and mini grids, which supply electricity to millions of people living in remote communities or areas that are not supported by traditional infrastructure.

It also demonstrated the tremendous demand that exists in the region today for energy solutions that do not just boost the uptake of clean energy, but also help stabilize and strengthen existing electricity grids and aid the global push to adopt more clean energy and fight against climate change.

"This future will not come about on its own. The responsibility will fall on all of us to ensure a sustainable and low-carbon value chain for batteries so that they can truly contribute to the realization of the Paris climate goals." 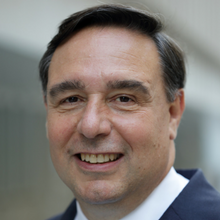 to integrate more wind and solar energy into the electricity grid.

The World Bank is already taking steps to address this growing need.

A new, first-of-its-kind $1 billion World Bank Group (WBG) program aims to help fast-track investments in battery storage by raising $4 billion more in public and private funds and convening a global think tank with the ultimate goal of financing 17.5 GWh of battery storage by 2025 – more than triple the 4-5 GWh currently installed in all developing countries.

To that end, the World Bank, in partnership with the Clean Technology Fund (CTF) and the African Development Bank, will support a large-scale distributed battery storage program in South Africa.

In recent years, the WBG has also been working with other countries to support the deployment of batteries with solar and wind power, with projects currently under preparation in Africa, South Asia, Latin America and the Caribbean and the Pacific.

The World Bank event, “Batteries, Energy Storage & the Renewable Future,” was held in Cape Town, South Africa on Feb. 25-26, 2019 with the support of the Energy Sector Management Assistance Program (ESMAP) and the Middle East and North Africa Knowledge and Innovation Program (MENA KIP).