CIF at 10: A Milestone for Climate Finance

When it started, it was described as a “huge experiment.” Ten years later, it has proved a formidable force in the fight against climate change.

The more than $8 billion Climate Investment Funds (CIF) is among the largest climate funds in existence. CIF has a tried-and-tested business model that delivers impact and holds lessons for the broader climate finance community.

To celebrate this milestone, from January 28-29 CIF convened partners, changemakers, and leaders from across sectors and geographies at the “Power of 10: Shaping the Future of Climate Action” summit in Ouarzazate, Morocco. The event focused on charting bold paths forward for climate action, challenging participants to explore new levers of opportunity and leave “business as usual” at the door.

The Power of 10 not only honored CIF’s ten years of experience, it also drew on successes and lessons learned from those ten years to help shape climate action going forward. Power of 10 participants were encouraged to think of themselves as active agents and make substantive contributions to the dialogue on climate solutions. Participants ranged from government ministers to corporate executives, leaders of international organizations to entrepreneurs. Over two days, they discussed hundreds of climate action-related topics across 30 individual sessions, comprising interactive workshops, high-level panel discussions, report launches, and virtual reality experiences.

The proceedings began with the premiere of a documentary that demonstrated how CIF financing has had transformative impact on lives and communities. The CIF event also saw the release of three highly anticipated reports: an independent evaluation of how CIF’s unique approach to climate finance promotes transformational change, and a learning review of the Dedicated Grant Mechanism (DGM) for Indigenous Peoples and Local Communities.

"CIF has opened low-carbon markets where they didn’t previously exist – wind power in Mexico, CSP in Morocco - and it has had a systemic impact on adaptation and resilience, mainstreaming it from Tajikistan to Mozambique and everywhere in between. CIF enables multilateral development banks to access low-transaction-cost concessional finance and get the scale and transformation we need on the ground to usher in a 1.5-degree world." 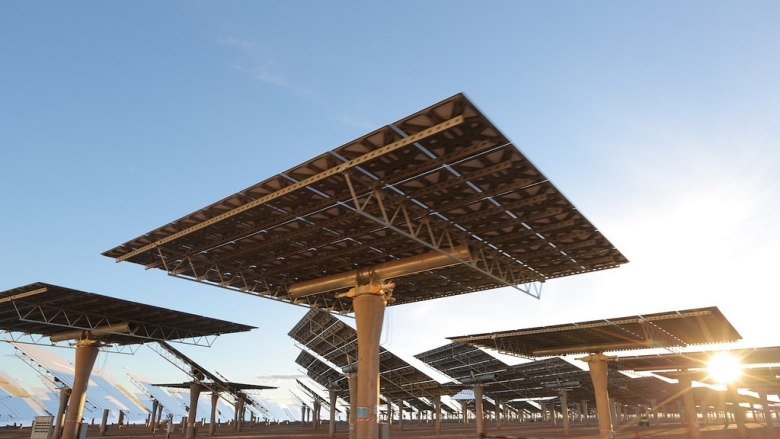 With over 2 million mirrors, Noor's Concentrated Solar Power Plant has a 580 MW output, accelerating the country's bid for 52% renewable energy by 2030. The three different phases of Noor make it the largest CSP plant in the world, showcasing the improvements in technology and storage along the way.

“We have a rapidly closing window of opportunity to take the required action on climate change, so we set out to create an event that was different than a standard conference, and above all strongly action-oriented. Being at the incredible Noor site reminds us what is possible, and what can be achieved when different actors set their minds, ambitions and energy to a common goal,” said CIF head Mafalda Duarte.

Since 2008, CIF investments have consistently pushed the boundaries of climate finance. CIF has unlocked over $55 billion in investments in developing countries, helping realize transformational programs and projects that would not have happened without CIF support. These initiatives are supporting 26.5 GW in clean power capacity worldwide—enough to electrify Vietnam—and improved energy access for 8.5 million people and over 300,000 businesses. CIF investments in CSP account for around 15% of total installed capacity worldwide.

This approach to climate finance centers on the idea that real change is bigger than just one project or one sector. It puts countries in the driver’s seat, supports champions of difficult reform agendas, and brings all relevant players around the same table. In particular, CIF offers a forum for multilateral development banks to leverage expertise and resources in support of comprehensive investment programs. The scale, concessionality and predictability of CIF resources help align incentives for driving change.

This approach has blazed new paths for low-carbon markets. For example, as part of a $775 million partnership with India, CIF is breaking ground for large-scale solar infrastructure projects that are bringing the country closer to its ambitious target of producing 100 gigawatts of solar energy by 2022, enough energy to electrify millions of households. New investments are enabling initiatives such as India’s largest solar park and an expansion of the country’s rooftop solar industry. For instance, it is estimated that rooftop solar alone can save almost 2 billion tons of CO2 emissions and lead to nearly 50,000 jobs. In less than a year, the program has enabled close to 500 MW of new rooftop solar capacity in the country.

“CIF has opened low-carbon markets where they didn’t previously exist – wind power in Mexico, CSP in Morocco - and it has had a systemic impact on adaptation and resilience, mainstreaming it from Tajikistan to Mozambique and everywhere in between,” said John Roome, Senior Director for Climate Change at the World Bank. “CIF enables multilateral development banks to access low-transaction-cost concessional finance and get the scale and transformation we need on the ground to usher in a 1.5-degree world.”

Nearly 300 kilometers of roads and other vital infrastructure are being fitted with resilience-building upgrades to more firmly put 6.1 million rural Mozambicans on a resilient development path. CIF is also financing the development of a first-of-its-kind, country-appropriate set of road standards to improve climate resilience and long-term growth.