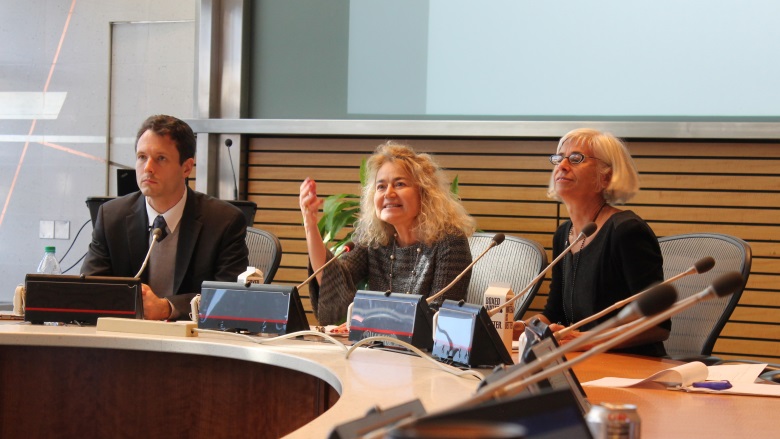 In many developing countries, women face significant barriers to their equal participation in society. While some of these barriers are easy to see, a new line of research is uncovering a surprising and less obvious possibility: the very structure of certain languages may shape gender norms in a way that limits women’s opportunities.

“Gender equity is important not only because it can help speed up progress toward ending poverty, but because it provides everyone the chance to achieve their potential,” said Asli Demirguc-Kunt, Director of Research at the World Bank. “Understanding the deeper causes that shape the barriers women face can help countries be more effective in their efforts to create a level playing field.”

At a recent Policy Research Talk, World Bank economist Owen Ozier delivered a crash course in linguistics and its relationship to gender norms and economic outcomes for women. According to Ozier, existing research has already hinted at a link between grammar and gender. Some languages—including Spanish and Russian, for example—classify nouns as either masculine or feminine (or sometimes even neuter). Recent experiments in political science have shown that gendered languages that classify nouns this way are associated with more regressive gender attitudes. Economics research has also found that recent immigrants to the United States tend to divide household tasks along more gendered lines if they speak a gendered language.

But Ozier and his colleague Pamela Jakiela of the Center for Global Development wanted more conclusive evidence, and in a new paper they document the results of a journey to identify the grammatical gender structure of 4,334 languages, together accounting for 99 percent of the world’s population. To achieve this linguistic feat, they drew not only on existing sources of information like the World Atlas of Language Structures, but also deep dives into textbooks and academic research as well as the knowledge of World Bank staff in offices as far flung as Fiji.

Their work paid off with fundamental but previously unknown facts about language. For example, 38 percent of the world’s population speaks a gendered language as their native tongue. But more importantly, Ozier and Jakiela were able to take this newly assembled body of data and relate it to outcomes for women around the world—specifically female labor force participation, educational achievement, and gender norms.

What they found is striking. Grammatical gender is associated with a nearly 15 percentage point gap in female labor force participation relative to men, even after controlling for various geographic and economic factors that could be driving the difference. In practical terms, gendered languages could account for 125 million women worldwide being out of the labor force.

Attitudes toward women are also influenced by gendered languages—helping to explain how gendered languages could translate into outcomes like lower female labor force participation. Drawing on data from the World Values Survey, Ozier and Jakiela found that those who speak a gendered language are more likely to agree with statements like “On the whole, men make better business executives than women do” or “When jobs are scarce, men should have more right to a job than women.” Perhaps even more surprisingly, women are just as likely as men to hold these attitudes, suggesting just how pervasive the effect of language is on beliefs.

Not satisfied with the wide-lens analysis of countries around the world, Ozier and Jakiela also closely scrutinized a handful of countries—Kenya, Niger, Nigeria, Uganda, and India—where both a gendered and non-gendered indigenous language is widely spoken. What they found confirmed their broader findings: gendered languages are consistently associated with lower female labor force participation. In these countries gendered languages are also associated with lower rates of primary and secondary school completion.

Since languages change slowly, and often outside the control of any institution, the findings may seem to be cause for resignation. Yet Ozier was optimistic.

“Grammatical gender is only one among many of the linguistic structures that we use, and only one of the many psychological nudges that we experience on a constant basis,” said Ozier. “Even without changing language, shifts in policies and social norms can change levels of labor force participation, change levels of schooling, and the opportunities available to women.”

"Grammatical gender is only one among many of the linguistic structures that we use, and only one of the many psychological nudges that we experience on a constant basis. Even without changing language, shifts in policies and social norms can change levels of labor force participation, change levels of schooling, and the opportunities available to women." 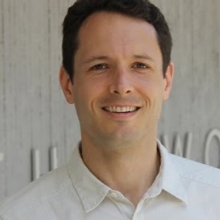 A new wave of experiments has demonstrated that highlighting positive examples of women can make a difference. In an experiment by Oxford’s Emma Riley, Ugandan students performed better on a mathematics exam after being shown the film Queen of Katwe, which tells the story of a young Ugandan woman’s achievements in competitive chess. In another experiment by professors Catherine Porter and Danila Serra, female students who had a female role model visit their introductory economics class were more likely to take a more advanced economics class.

The behaviors and beliefs of men can also change. After Quebec reformed its parental leave program to include a “daddy-only” label, Cornell University’s Ankita Patnaik found that fathers’ use of parental leave doubled and fathers were more likely to contribute to household and child-rearing responsibilities. In households in Saudi Arabia, experimenters from the University of Chicago and University of Zurich addressed misperceptions about the typical level of support men have for women working outside the home, and women in these households were subsequently more likely to participate in a job interview.

“It’s encouraging to see that there are interventions that can trump the salience of language, but whether their effect is long-lasting is something we still don’t know,” said Caren Grown, Senior Director of Gender at the World Bank. “We need more behavioral science research that will identify the policies and nudges that can alter potentially deeply ingrained gender attitudes.”