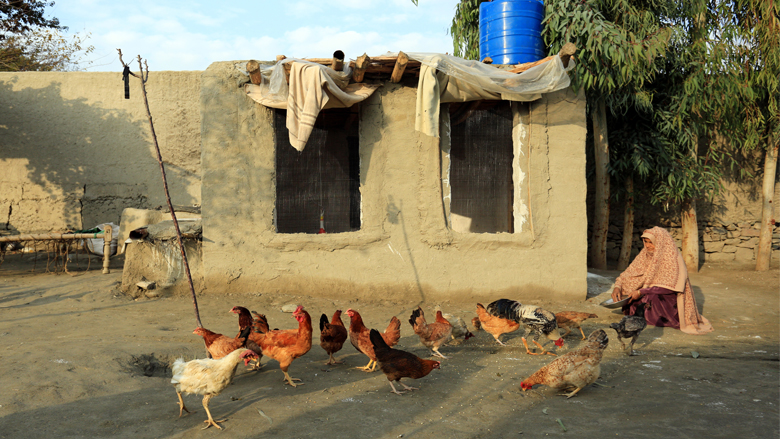 The National Horticulture and Livestock Project (NHLP) is currently implemented in 291 districts across 33 of Afghanistan’s 34 province.

KAMA DISTRICT, Nangarhar Province – As late afternoon unfolds, Parwin is counting her chickens in the courtyard of her house in Sangar Sarai village, Kama district. The small courtyard is surrounded by multiple rooms with broken windows covered by plastic.

. “I am so happy that I now have more than 30 chickens, a room to keep them in, plenty of food and medicine to keep them fed and healthy, and I can use their eggs to help my family financially,” she says. Parwin, who lost her husband and two of her sons in a blast two years ago, had been concerned about supporting her family. “But now I am able to make some money and help feed my family,” she says with a smile of hope.

Kama district, where Parwin lives with her three surviving children is situated some 39 km east of Jalalabad city, the provincial capital of eastern Nangarhar Province. Parwin is one of hundreds of people in the district to benefit from the National Horticulture and Livestock Project (NHLP), operating under the Ministry of Agriculture, Irrigation and Livestock (MAIL).

So far, , according to Zia-ul-Haq Fazli, NHLP Provincial Officer in Jalalabad. . “Almost all of our poultry farm beneficiaries are widowed women, the disabled, and poor families,” says Zia-ul-Haq. “.”

"Our aim is to help communities with their livelihood and encourage many women and men to be self-sufficient, and in the long run to turn this into businesses." 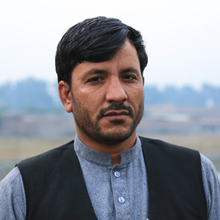 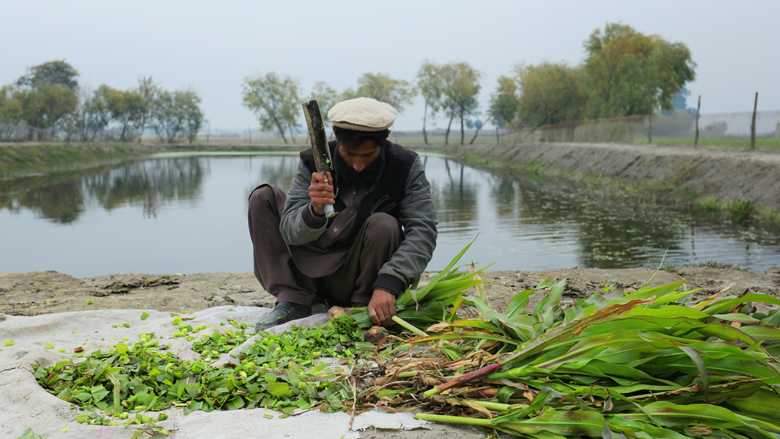 In eastern Nangarhar Province, the NHLP supports over 25,000 beneficiaries, about 45 percent of whom work primarily in livestock; the remainder focus primarily on horticulture

, with gradual rollout of farmer-centric agricultural services, systems, and investment support across the country. With a $190 million grant support from the Afghanistan Reconstruction Trust Fund (ARTF), administered by the World Bank on behalf of 34 donor countries, NHLP works towards the overarching goal of increasing productivity and production of horticultural products.

Its activities are currently implemented in 291 districts across 33 of Afghanistan’s 34 provinces, numbers that may grow as conditions warrant. .

; the remainder focus primarily on horticulture. In the livestock sector, the project also promotes animal health services and disease control. In horticulture, the project assists farmers to rehabilitate low-producing orchards and to establish new orchards in a wide variety of crops, such as almond, apricot, apple, cherry, grape and pomegranate. The project also institutes mechanisms to support farmers in marketing their products locally, regionally, and internationally. 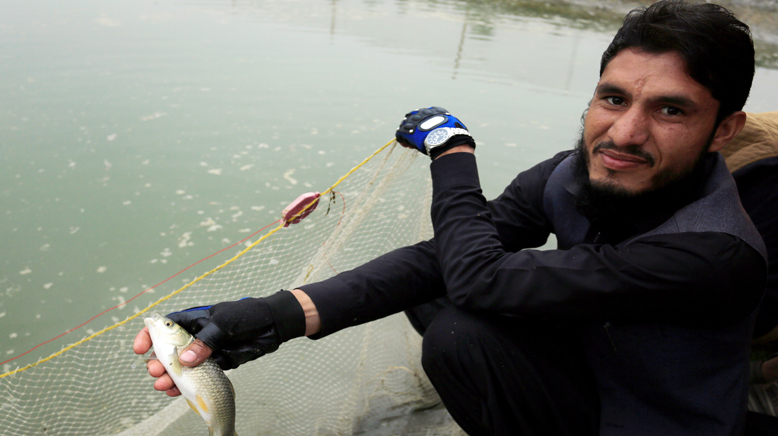 Each pool contains three kinds of fish, with as many as 1,000 fish in each, says Zia-ul-Haq. “Each beneficiary is given two pools, which can help them make a profit of 567,214 afghanis ($8,000) per year,” he points out. “This is a significant amount of money made from a small piece of land. It can serve as a very good alternative to opium production.”

Beneficiary Mohammad Haroon, 35, a father of three, says, “, we are not only happy about the prospects of making financial gains but also we are no longer dependent on imported fish from Pakistan.”

Mohammad Salam, 41, a father of nine, works at one of the fishing pools. Sitting by the pool and feeding the fish with bread and corn leaf, he says, “.”