Preparing Latin America and the Caribbean for the Unpredictable 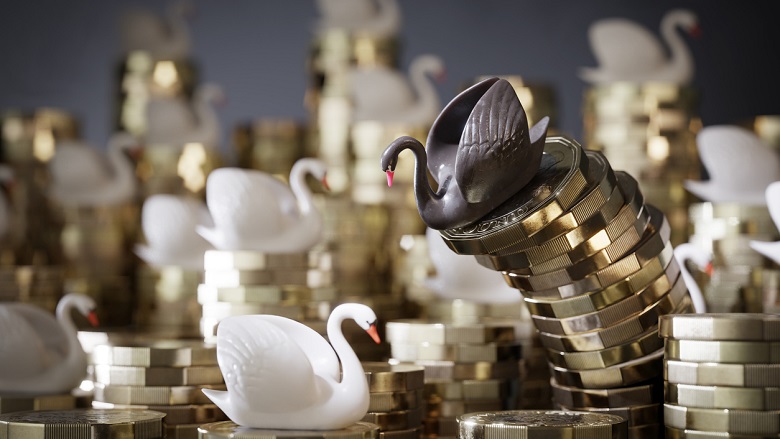 Black Swans are risks that are devastating, unpredictable, and uninsurable.

Although the region is one of the riskiest in the world, there are tools that can help shield it from so-called "Black Swans"

What does the Black Death, World War I, and the Great Depression have in common? In economic terms, they are called Black Swans. They are risks that are devastating, unpredictable, and uninsurable. Latin America and the Caribbean (LAC) is among the riskiest regions in the world and, therefore, not immune to Black Swans.

Some examples of Black Swans in LAC are earthquakes in places where they do not typically occur, for example on the east coast of Brazil in 2008, or the extreme drought in Argentina in 2018 which was the worst drought in 70 years.

Additionally, LAC endures trade volatility, it is exposed to external financial shocks, and has the highest per capita rate of disasters: one event per 100,000 persons a year. Especially in light of the current fragile economic recovery, volatile economic environment and less optimistic prospects than expected, understanding the different types of shocks and what insurance mechanisms may be available is important to reduce vulnerability. The good news is that the region has made tremendous advances in the ability to insure against different types of risks.

That is the central theme of the report of the office of the chief economist of the World Bank entitled "From Known Unkowns to Black Swans: How to Manage Risk in Latin America and the Caribbean", released today in Washington, D.C. 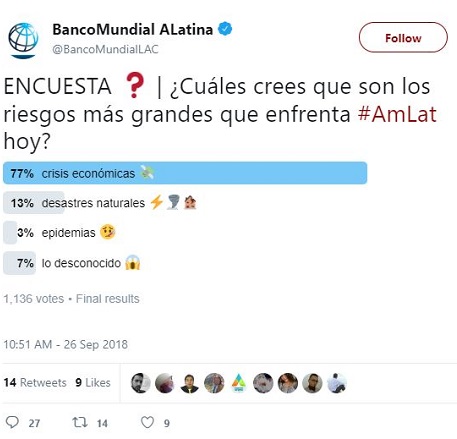 A recent poll on Twitter shows that 77 percent of Latin Americans think that economic crises are the biggest risks that the region face, followed by 13 percent who say natural disasters are the largest threat, and 7 percent who think that the most dreadful event possible for the region is the ‘unknown’. 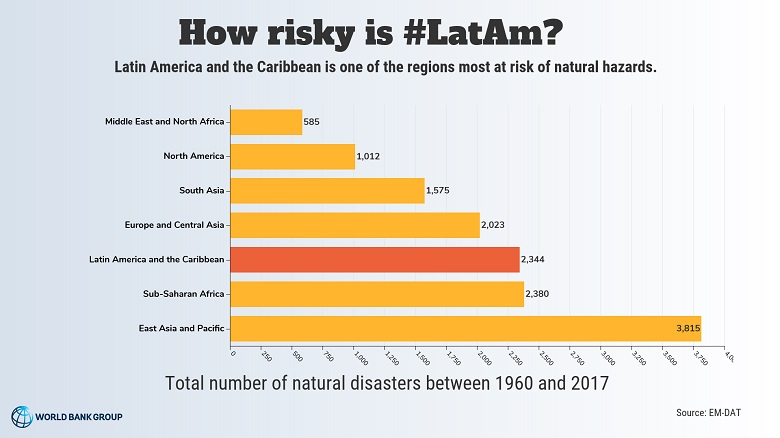 LAC has the highest per capita rate of disasters: one event per 100,000 persons a year.

A country’s ability to insure against risk varies from Black Swans to easily insurable risks like rainfall, which can be predicted with a high degree of accuracy based on decades of statistics.

To cope with the devastating effects of excessive rains and droughts, the World Bank has helped develop different weather indices which, in turn, are used to issue options. Relying on these indices, the World Bank together with domestic institutions have offered insurance to farmers in Mexico to help them cope with droughts.

The less probable the occurrence of a large and rare event is, the less market insurance will be available, and the more ex-post aid will be needed. Risks such as natural disasters and “sudden stops”, private international capital flow reversals for example during the 2001 Argentine crisis, are harder to insure against.

Large earthquakes, which are rare but cause widespread loss of life and economic damage, can be insured against. An excellent example, which will undoubtedly revolutionize sovereign insurance in this area, is the Pacific Alliance Catastrophe Bond against earthquakes to Chile, Colombia, Mexico, and Peru signed in February 2018.

Aid is of particular importance in LAC for hurricanes, especially in Central America and the Caribbean where millions of people have fallen into poverty because of their consequences. The World Bank has played a central role in providing ex-post aid to help the most vulnerable. For instance, after Hurricane Maria (one of the most devastating hurricanes that hit the Caribbean in 2017), the World Bank provided a US$115 million package of support to help Dominica build back better and increase resilience in the aftermath of the disaster.

According to the report, although Black Swans are impossible to predict, and impossible to insure against, we should not ignore them. Given their potentially life-changing nature, policymakers should be aware of this type of risk and prepare for a possible fallout.

Some general good practices like strengthening institutions and markets, as well as developing strong diplomatic ties and global/regional economic agreements, may have a positive effect on countries’ ability to deal with Black Swans.

Last, but certainly not least, another way to protect against risk is to implement preventative measures to reduce vulnerability. For example, in the case of earthquakes, the creation of anti-seismic building codes proved to be an effective manner reducing the harmful outcomes of this type of risk. For commodity price fluctuations, economic diversification could increase resilience.

While the world will continue to be a risky place, our increasing ability to manage risk will effectively make it safer. Finance experts keep working out theoretical formulas for insuring risk, empiricists have access to extraordinary large databases that allow them to uncover risk regularities like never before, practitioners combine all this new knowledge and convince policymakers to try new things, and financial markets are ever more willing to enter into insurance contracts where everybody wins.

In fact, in the near future, we will see cat bonds that cover different regions in the world and our knowledge about the costs and physical dynamics of hurricanes will allow us to enter into more efficient insurance contracts based on forecasts.

There is no doubt that, in a not too distant future, the region will be able to insure against many more risks, making LAC a much safer place to live and prosper. 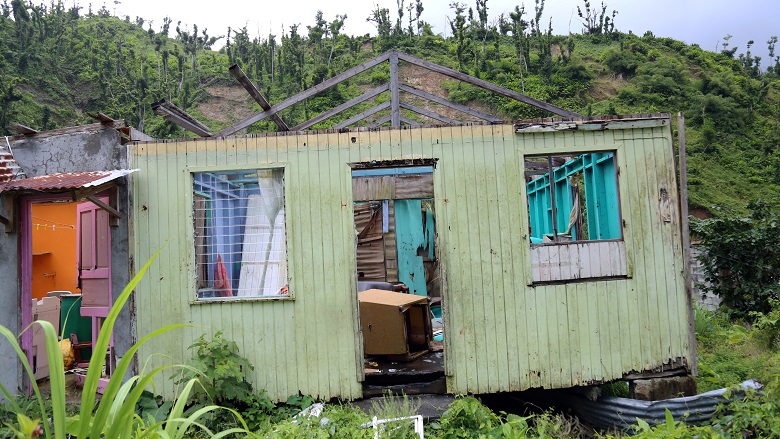