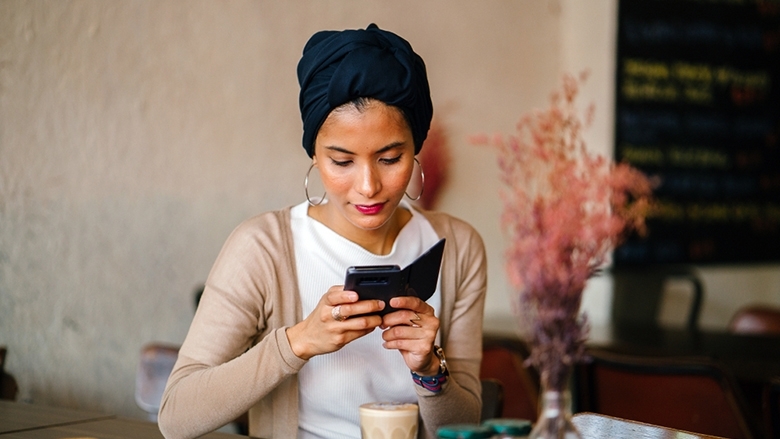 M-Pesa is a platform that offers retail financial services via mobile phone to Kenyans, especially those in underserved rural areas. It has experienced a huge and rapid success since its inception. This success could inspire countries in the Middle East and North Africa (MENA) region in their search for a new source of growth and jobs.

Embracing the new technologies that are rapidly transforming the world would be a way for the countries of the Middle East and North Africa to unleash the potential of their large and tech-savvy youth populations. For this to happen, the region will need to create the key ‘digital public goods,’ with mobile money one of the most important.

In the modern digital age, broadband internet and online payment systems are the bridges and roads of the traditional, physical economy. They connect businesses with customers and create markets. For this digital market to function, it is vital that businesses and their customers have a means for transferring money electronically.

For a successful model, the Arab World can look to Kenya’s development of mobile money or “M-Pesa”. In many ways, the elements that lead to M-Pesa’s success in Kenya are already present in the Arab World. Young people in MENA are digitally savvy, are active on social media and are some of the heaviest users of mobile phones in the world.

The successful adoption of M-Pesa in Kenya reverberated across the African startup scene. It acted as a catalyzer and a signal for young entrepreneurs in Kenya and Africa as a whole: revolutionary ideas could be successfully implemented in Africa and generate both business opportunities and a development path for local communities.

If this was true in Africa, can it also be true for the Middle East?

Money transfer via SMS texting was the first service offered. Using a basic mobile phone, users could electronically send and withdraw funds. The actual exchange of money--the deposit and withdrawal--occurs through a network of agents that essentially act as ATMs. M-Pesa agents include small shops, gas stations, post offices, and even traditional bank branches. Today, there are more than 110,000 M-Pesa agents, 40 times the number of bank ATMS in Kenya.

The service is priced in a way to attract as many network agents as possible. A cash deposit is free, but a sliding commission is charged either when e-money is sent or withdrawn as cash.  Agents earn a fraction of the value of transaction volume they generate (both cash deposits and withdrawals). Everyone can use M-Pesa, however, non-registered users pay a substantially higher fee than those registered with accounts. This is to encourage more people to register in the platform.

Since 2007, M-Pesa’s services have continued to expand. At first, it was limited to buying airtime for mobile calls or paying utility bills and schools fees. In 2012, M-Pesa launched a service enabling users to open interest-paying saving accounts and to obtain short-term loans. In 2017, Safaricom launched a platform that enabled small-holder farmers to use mobile phones to connect with suppliers (for such things as fertilizers, seeds, animal feeds), agronomists, information services and even outlets to sell their harvest.

On its tenth anniversary, M-Pesa was serving 30 million customers across 10 countries. Today, 96% of households outside the Kenyan capital of Nairobi have at least one M-Pesa account.

Studies have found that households using M-Pesa are better able to withstand sudden declines in income because they can more easily receive remittances and are saving more money. Moreover, M-Pesa lead to financial empowerment of women and helped them gain control over their income. This translated into some women graduating from agriculture into more productive jobs.

The adoption of M-Pesa has had a tremendous effect on Nairobi’s startup scene. Over the past few years, the startup ecosystem in Nairobi grew very actively with business models building on M-PESA’s foundations. Kenyan startups raised a total of US$32.8 million in 2017, according to the most recent African Tech Startups Funding Report, the third largest amount raised by any one country on the continent. There are now 38 fintech start-ups  active in Kenya.

The growth of M-Pesa is the result of many factors, including the ease of setting up an account (which is free and only requires an official ID), its simplicity of use, its affordability, the high literacy rate of the population, and the high penetration of mobile phones.

Another key element to M-Pesa’s growth worth emphasizing is the regulatory stance adopted by the Central Bank of Kenya (CBK). It decided not to oppose the entry of the telecom operator into the financial sector as long as it offered sufficient guarantees. CBK adopted an “above the fray” position as a regulator and allowed for experimentation in order to foster innovation.

The leading position of Safaricom allowed for significant investment in agents and the mobile network. Due to push back from its competitors, in 2016, the Competition Authority of Kenya ordered Safaricom to open its network of M-Pesa agents to the other telecom companies offering mobile money services. A year later, telecom operators reached an agreement that allows users to exchange money regardless of whether both parties to the transaction have the same provider.

MENA could easily follow in Kenya’s footsteps, and reap immense benefits. The adoption of mobile payment systems makes transactions cheaper, easier and safer. By simplifying how clients can pay for goods and services, it helps firms reach out to new customers and foster private sector development across the economy. Moreover, as is often the case with innovations, it has the potential to be built upon and used by other new technologies and to create a positive momentum in fintech as a whole.

Governments in the Middle East and North Africa should enable digital innovation with conducive regulations and the development of a regulatory ‘sandbox’, which guarantees the security of transactions but allows for experimentation, that would stimulate the development and adoption of disruptive innovations.

Today, economic connectivity is achieved by the development and harmonization of optic fibers, IT equipment, online payment systems, information transmission and data protection policies. If the MENA region puts sufficient efforts in this direction, it could propose a new path to its citizens, in particular the youth, and bring about a new development strategy adapted to the modern age.