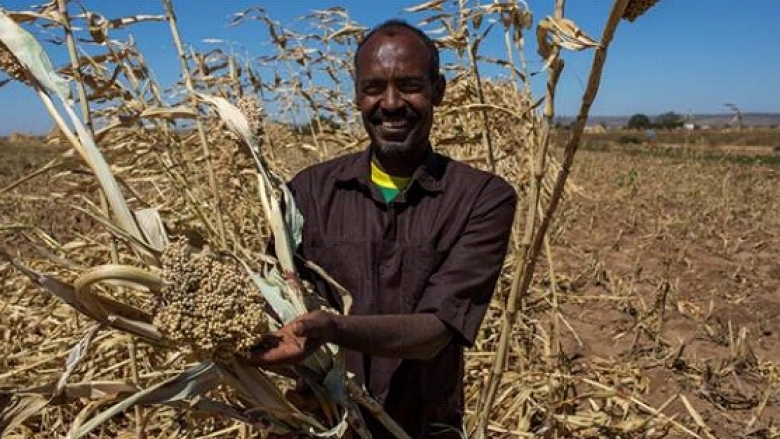 MOGADISHU, June 15, 2018 – In observation of World Day to Combat Desertification and Drought, Meet two farmers and two female entrepreneurs, who—supported by the Somalia Emergency Drought Response and Recovery Project (SEDRP)—share their experiences of grit, hope, and resilience despite years of drought and famine risks.  Together with partners, particularly the UN’s Food and Agriculture Organization (FAO) and the International Committee of the Red Cross (ICRC), the project aimed to scale-up drought response and recovery in Somalia.

1. An impressive harvest, a happy farmer

The story of Saed Mohamud may not typically be expected from Somalia in 2017, two years into a severe drought that put the country in a nationwide state of natural disaster and famine—yet Mohamud is not alone. In 2017, thousands of families beat the odds and produced good yields, thanks to concerted efforts from government and partners, and solid donor investment in building farmers’ resilience against drought.

Achieving these yields required a special selection of quality seeds sourced from certified local traders. Farmers received training in drought-resilient practices, such as intercropping, to retain soil moisture; on-farm support to plough or irrigate fields, where appropriate; and livelihood packages tailored to the needs and conditions of different production areas of in the country. Cash transfers were also included as part of the package, so farmers could afford to feed their families while restoring their own food production capacity.

During the April–June season in 2017, farmers who received assistance package produced 1.55 tonnes of sorghum, on average. This was enough cereal for a household of six to feed itself for six months until the next harvest—while, at the same time, generating US$600 in income from the surplus.

By the time single parent, Amina Hussein, joined the cash-for-work activity of the project in the Bari region, she had already run out of money. She had borrowed cash from a relative to buy food and to pay some of her daughter's school fees, but she didn't know how she would repay the loan. Amina found new hope and opportunity in working to rehabilitate a water reservoir in her local community. She plans to use part of the money she earns to repay the loan, and then invest in opening a small tea shop. 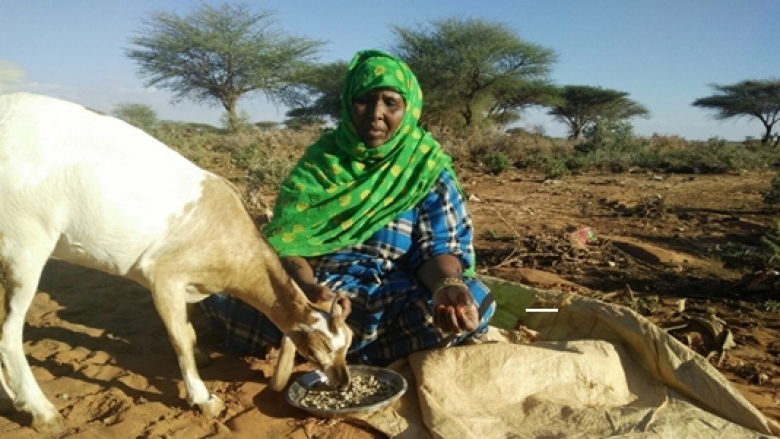 “My name is Osman Cise Mohamed, I have 9 children but we are 11 in my family. I live in the remote area of Yiroowe village. Before the drought, I had 260 livestock—157 sheep, 94 goats, and 9 camels. Now I have 62 animals and lost the rest due to the last drought. Most of my animals are in poor physical condition and they were not producing enough money. After receiving this feed 15 days ago, my animals are getting better in terms of physical condition and milk production. My children are receiving more milk, and I have got surplus milk to sell. I wish I had the capacity to buy such feed, it would have increased my daily income and helped my animals get fatter." 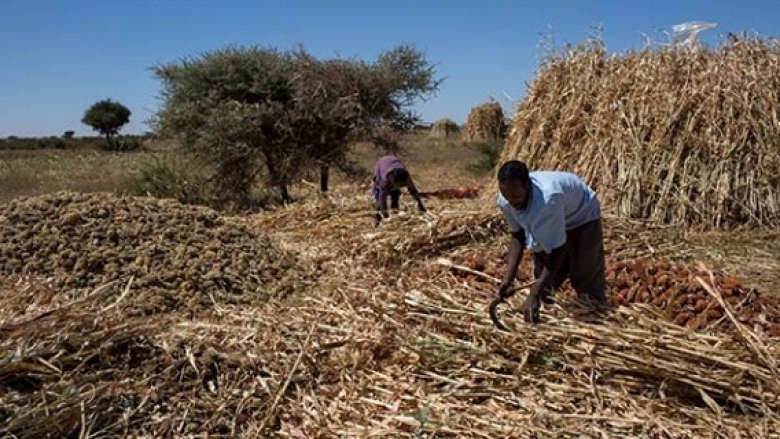 4. Mounds of food for people and animals

Mahad Abdi Yusuf separates sorghum from the stalks at his farm a few kilometers from Gebiley town, northwest of Somalia. Despite the drought, Mahad produced bountiful crops—large panicles full of grain and tall stalks. Achieving good plant growth and length is a big win for Somali farmers and agro-pastoralists, especially during a drought. The stalks are used to feed livestock and sell very well in the market, when pasture is scarce.

, and inform on the impact of global collaboration and strategic action—from individuals to partner organizations—on everyday people like Saed Mohamud and Amina Hussein, who bear the brunt of drought, desertification, and the effects of climate variability.

Continuous technical, operational, and financial support, and global strategic action against drought and desertification will bring more stories like these to the fore, making them representative of the hard work and resilience countries like Somalia embody.