Youth Entrepreneurship and Agriculture in Guinea: “Proving them wrong” 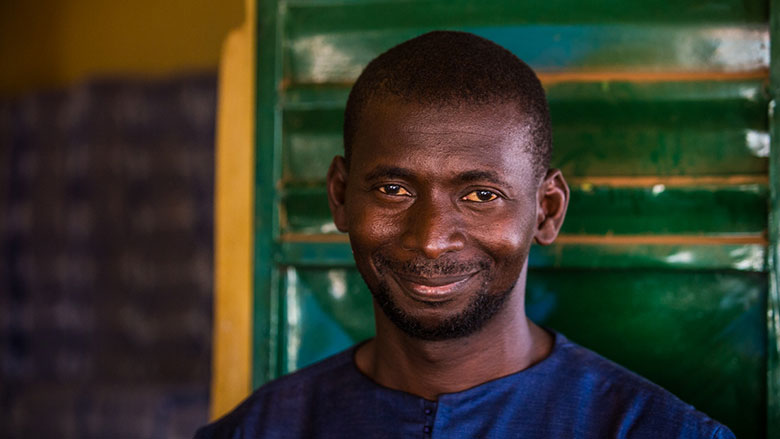 Unlike his peers in the mining sector, Ousmane decided to invest in agriculture when he could not find a because he “understood the agricultural potential of the region.”

CONAKRY, May 15, 2018‒Ousmane Diallo is a 35-year-old university graduate with a degree in sociology. He owns 8 hectares of farmland in Mandiana, one of the most remote places in Guinea, about 730km east of Conakry. Several mining companies operate in the area, where artisanal mining provides an income to over 80% of the local population.

Unlike his peers in the mining sector, Ousmane decided to invest in agriculture when he could not find a job, because he “understood the agricultural potential of the region.” 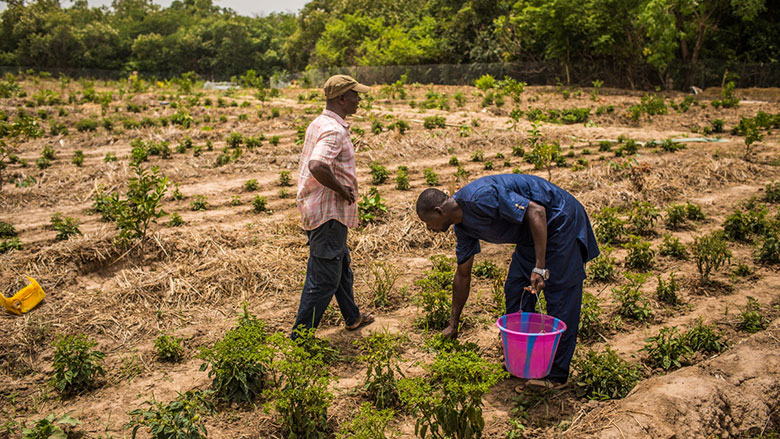 When he started farming in 2014, he focused on rice, maize, and vegetables to meet the high demand. But initially he had poor results because the seeds he used yielded several different varieties of the same crop. However, with support from the West Africa Agricultural Productivity Program (WAAPP), Ousmane was able to produce 2 tons of rice per hectare this year, compared to less than half of that (800 kilos) four years ago.

The program is a regional project initiated by the Community of West African States (ECOWAS) to support agriculture in the ECOWAS space. WAAPP is implemented in 13 member countries with two objectives: to generate and disseminate improved agricultural technologies, and intensify the adoption of these in the agricultural sectors considered a priority. 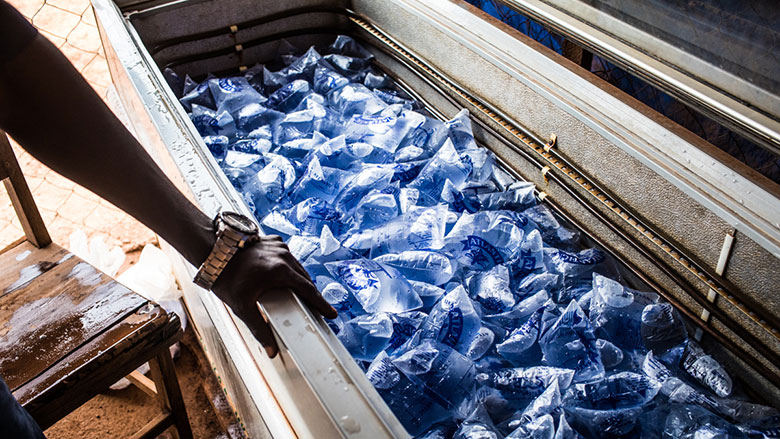 Through an initial grant of $9 million, the program in Guinea has contributed to improving the living conditions of seed producers by creating a gross added value of 4 million Guinean francs ($440) in income per hectare of rice a season.

In terms of direct impact, over 120,000 people have benefited from this program, which has increased beneficiaries' incomes by 30%. About 40% of the beneficiaries are women.

The program has a wider indirect impact creating the need for laborers and local artisans beyond Guinea’s borders. The transfer of technology—such as the use of parboiling kits to improve the quality of rice seed has generated 675 million Guinean francs ($74,000) by increasing rice production. 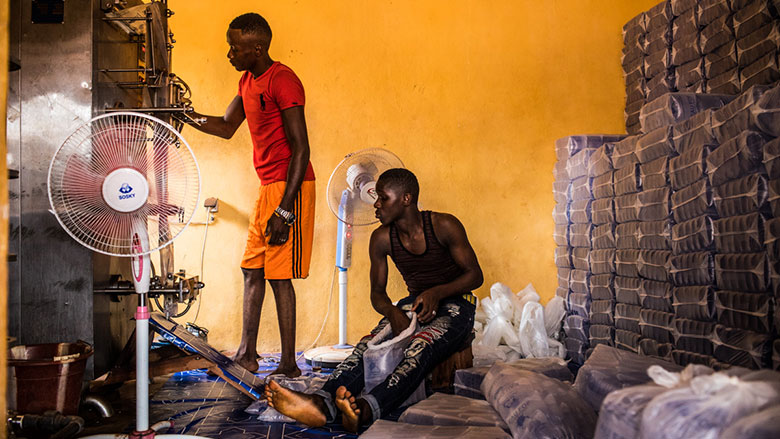 Rice marketing operations are estimated to have generated about 10 billion Guinean francs ($1.1 million). The use of improved seed has created a surplus of more than 85,000 tons of unhusked rice paddy, worth $14 million—equivalent to 10% Guinea’s annual rice imports.

Ousmane diversified his investments, with the revenue gained from agriculture, to include a water packaging and ice-making operation. Located near the borders of Mali and northern Cote d’Ivoire, Mandiana is often very dry, with 40C temperatures in the shade. Ousmane obtained a 26-million Guinean franc ($2,800) loan to buy the water packaging machine and is now able to supply several mining companies in the area with drinking water.

He employs over a dozen people full time and another dozen seasonally. 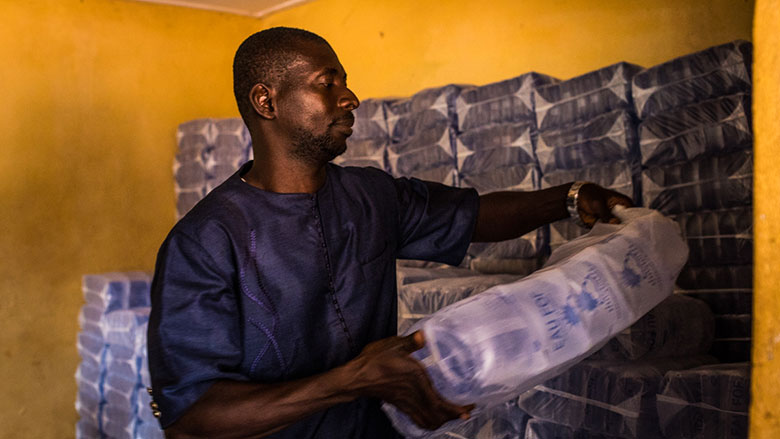 “My objective is to inspire and train other young people. It is not easy but agriculture takes patience and courage”, says Ousmane, working in his water packaging operation. Photo: Vincent Tremeau/World Bank

“At first,” he said, “I had no experience and resources. People thought I was crazy for getting involved in agriculture, but now I am proving them wrong. I am currently working on expanding my operations to make them more industrial, and include livestock breeding. My objective is to inspire and train other young people. It is not easy but agriculture takes patience and courage.”

Guinea is consolidating its gains in the rice sector, but has received additional funding of $23 million to help more beneficiaries in more sectors, including cassava, vegetable crops, soybeans, short-cycle breeding of goats and poultry and fish farming.