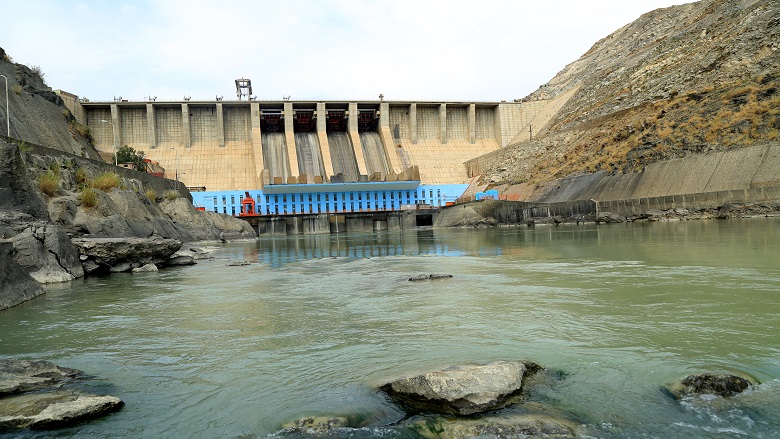 The Naghlu Hydropower Plant, about 85 kilometers east of Kabul city, is located in Surobi district. The first of four turbines in the power plant has been rehabilitated and is providing electricity to Afghanistan’s national grid once again.

Kabul Province – Naghlu Hydropower Plant (NHPP), Afghanistan’s largest hydropower plant, has restarted operations of one of its four turbines after being nonfunctional since 2012, providing electricity for thousands in the three provinces of Kabul, Kapisa, and Nangarhar. The rehabilitation of the NHPP is considered a great achievement in the development of Afghanistan’s hydropower infrastructure.

. In recent years, the Afghan government has focused on mobilizing power from those hydropower plants that were under construction or in need of rehabilitation, such as the NHPP, as this is the quickest and most cost-effective way of providing power from this environmentally friendly source. Other hydropower projects include the Salma dam and the first phase of the Kajaki plant, which were completed in the last two years. In the next phase, the government will try to leverage private sector financing for additional hydropower plants, starting with the expansion of the Kajaki hydropower plant.

Afghanistan imports most of its power from neighboring countries. . “Hydropower from Naghlu is much cheaper to produce than imports,” says Amanullah Ghalib, Chief Executive Officer of Da Afghanistan Breshna Sherkat (DABS). “Therefore, DABS can make tremendous savings by using more of its domestic hydropower, making financial room to pay for more electricity connections in Afghanistan for about 70 percent of Afghans who do not have access to electricity. Naghlu hydropower will also make electricity more reliable for those who already have access to the electric grid.” 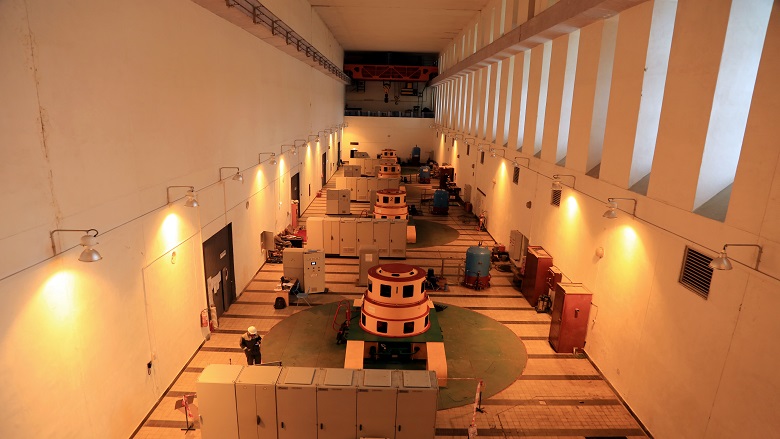 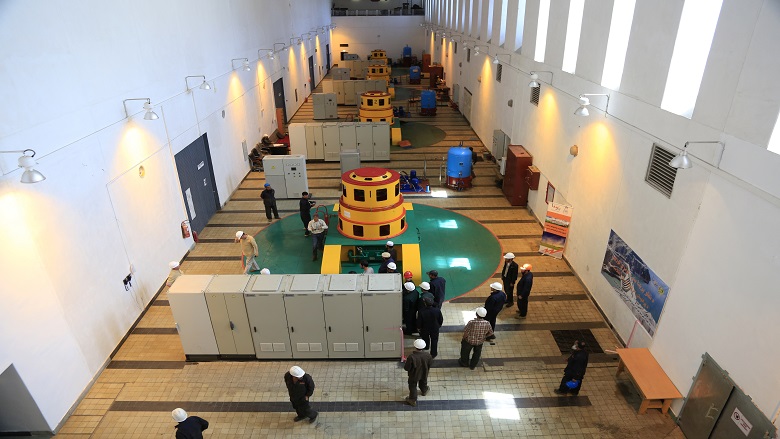 Afghanistan imports most of its power from neighboring countries. While the rehabilitation of the Naghlu hydropower plant will only meet a part of domestic demand, it nonetheless will have an important social, economic, and political impact on the country.

The NHPP is located in Surobi district, about 85 kilometers east of Kabul city. . The rehabilitation of turbine number 1 started in 2016 and was completed in early 2018. A Russian company was contracted to do the work through the Naghlu Hydropower Rehabilitation Project (NHRP) under DABS’ supervision.

“Since 2016, we have put our efforts into rehabilitating the first turbine and it is now active, six years after it stopped working,” says Eamal Shinwary, NHRP Project Manager, as he arrives to check the progress of work.

He is surrounded by engineers who are busy testing the rehabilitated turbine. The electrical engineers are focused on their computers, checking graphs and numbers on their screens, while others are examining the turbine itself with special tools.

The power plant was constructed by the Soviet Union in the 1960s. . The newly rehabilitated turbine can produce up to 25 MW. DABS is planning to rehabilitate turbine number 3 with NHRP support by October 2018.

NHRP, supported by an $83 million grant from the Afghanistan Reconstruction Trust Fund (ARTF), aims to improve dam safety and sustainability of hydropower and to increase the supply of electricity at the NHPP. . 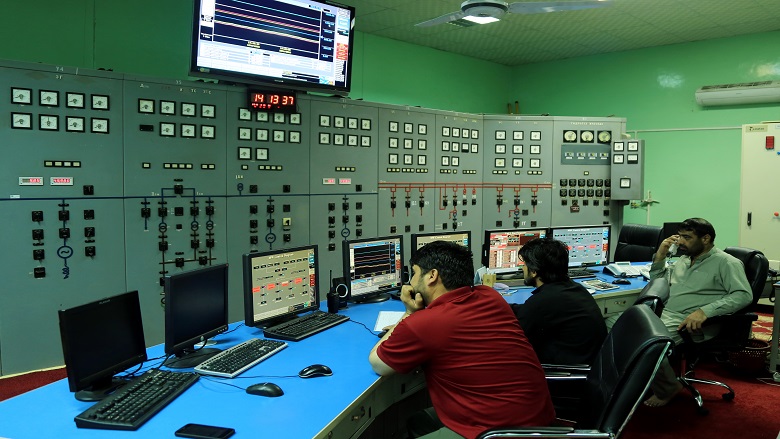 When all four turbines of the Naghlu hydropower plant are in operation, the station will have the capacity to produce 100 MW of electricity, which could serve 100,000 households. Photo Credit: Rumi Consultancy/ World Bank

The electricity currently generated by the NHPP is divided between the accessible provinces during the different seasons, with the power mostly used during summer in Nangarhar and during spring and winter in Kabul city. When all four turbines become operational, .

“I hope all the turbines start operating so we can produce more electricity,” says Mohammad Shaker, the NHPP technical deputy. “Our challenges were mostly technical. The renovation and rehabilitation of the turbines require a large amount of money. With support from the international community, the activation [of the turbines] could become possible.”

In addition to rehabilitating the turbines, with NHRP support. This is a crucial step for the maintenance of the power plant and to safeguarding people’s lives downstream.

NHRP funds also provide for the electrification of villages in Surobi and Tagab provinces to ensure that people living close to the plant also benefit from its power. Residents in Surobi district, like tailor Yadegar Ahmad, are happy about the start of the NHPP’s first turbine operations. He believes that the electricity generated by the NHPP will have a positive impact on his small business. “Without electricity, we can do nothing and by having electricity, we can carry out our work much more efficiently,” says Yadegar Ahmad, 30.

Another Surobi district resident, 56-year-old Mirza Ahmad, recalls the winters when he and fellow villagers had electricity for only a short period every third day. In the short time they had power, it was so weak that it could turn on only a small lamp. “Currently the electricity is good. Government officials told us that they are working on the Naghlu dam,” he says. “I think if the dam could produce proper electricity, businessmen will be interested in starting factories near Naghlu. .”