From Despair to Optimism in Rwanda : The Story of Gaudance Mukagasana 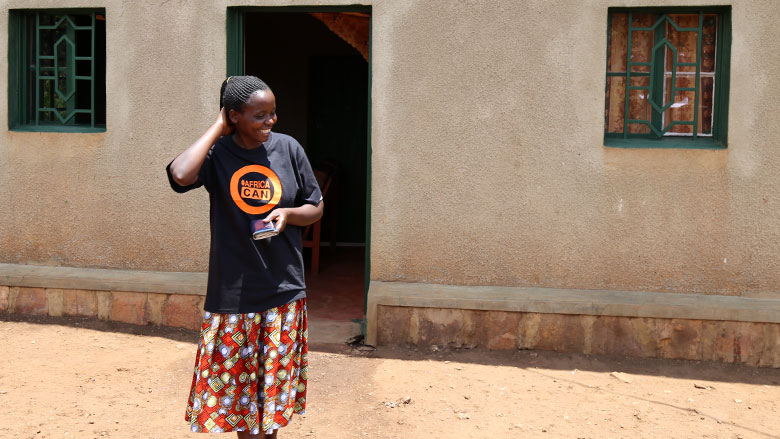 Gaudance Mukagasana is one of  the thousands of beneficiaries  whose life was transformed by the World Bank Supported Social Protection.

NDUBA, April 6, 2018-Gaudance Mukagasana was completely lost when her husband walked away leaving her  to raise their three children alone. She was young then, with no skills to survive on, so she moved in with her mother and desperately tried to eke a living off the small family piece of land. But it wasn’t enough to provide security to the family of five.

“He was our sole bread earner,” said the 40-year-old. “It was like the world had crumbled right before me.”

A lifesaver came in 2013 when she was accepted in the Vision 2020 Umurenge Progam (VUP), the government’s flagship scial protection program. Supported by the World Bank through the Social Protection Project, VUP aims to eradicate extreme poverty, and malnutrition, as well as strengthen household resilience and promote socio-economic transformation by accelerating graduation from extreme poverty. 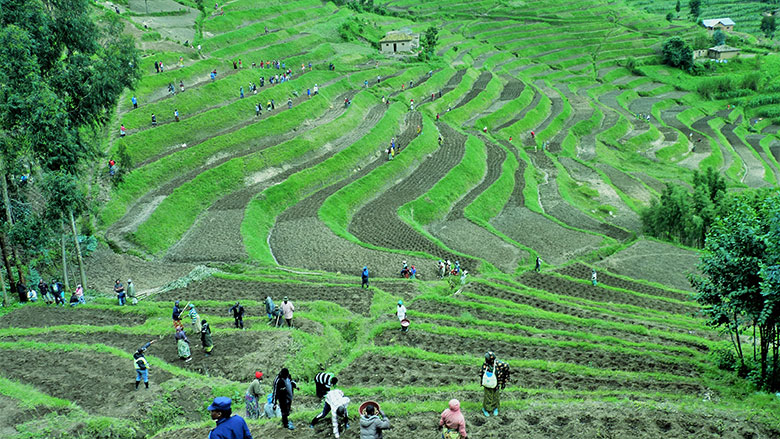 Mukagasana joined the VUP’s public work program, one of the components which provides paid employment to able-bodied adults from extremely poor households, and worked on the construction of radical agriculture terraces. With her salary, she was able to provide her family with the basic needs and save a little. She later got a credit of 60,000 Rwf (about $70) from the VUP-run micro-credit scheme, which she invested in vegetables farming to supplement her income.

“To me, the training is the most important asset I got from the program,” she said. “It instilled in me a sense of confidence, opened my eyes to the many available services and opportunities and taught me how to use them to improve my life.”

Since the VUP’s inception in 2008, more than 2,200 projects have been implemented under its public works component, which has employed more than 800,000 households, and generated more than 40 million paid working days. The expanded public works component which offers flexible year-round work schedule to moderately labor-constrained households caring for children was introduced in 2016/2017 and currently covers 80 sectors with 12,053 households, more than 70% of which are headed by women. As of 2017, VUP’s direct support (cash transfer) component has grown to cover the entire country with over 96,000 households.

Equipped with the newly-acquired skills, Mukagasana rallied eleven members of her community into an association and  encouraged them to save. They later secured a loan of 840,000 RwF (about $1,000) from the local Savings and Credit Co-operative (SACCO) which they invested in hybrid goats farming. The venture paid off;  a year later, with her share of the profits from the cooperative and the revenues from her vegetable farm, she embarked on realizing her dream: building her own house.

Standing proudly in front of her well-furnished, three-bedroom house, the confident entrepreneur investor revealed “It had always been my cherished dream to one day have a house of our own; where my children could grow up in comfort.” The house is connected to electricity, has a 5m³ water tank to tap rainwater and an annex that houses a kitchen and a store. Next to it stands a new house, where she intends to open a shop.

Mukagasana has graduated from the program and happy to be able to take care of herself and her family. Two of her children are in college.

“I can confidently say I am now financially independent and feel secure. I know I can take care of myself and my family,” she said. “I honestly don’t feel vulnerable or scared of the future any more.”