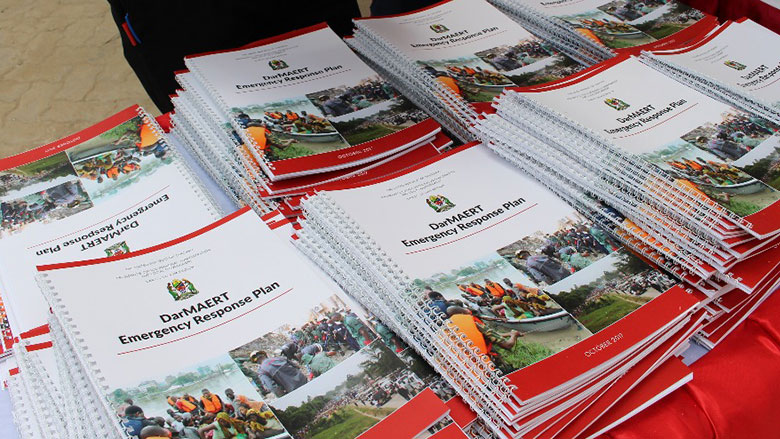 DAR ES SALAAM, March 9, 2018 – Dar es Salaam, Tanzania’s commercial capital, is on its way to becoming a mega city, its population expected to double by 2030. Its metropolitan area already has 4.5–5 million inhabitants spread out across five municipalities. Its rapid population growth means increased demand for essential services and better infrastructure. It also means the need to increase its capacity to respond to disasters.

In the recent past, Dar es Salaam has been hit by two major urban emergencies: the explosion of an ammunition depot in the city left 30 dead and scores homeless, destroying 1,693 houses, and heavy rains caused widespread flooding that affected 50,000 people and claimed at least 41 lives.

According to official figures, the emergency response and recovery activities involved after these two disasters cost the Government of Tanzania TZS 5.8 billion, for the explosion, and more than TZS 1.8 billion for the flooding. The handling of the two events also brought attention to the fact that emergency and disaster response could be coordinated better under a citywide plan of action.

The Dar es Salaam Multi-Agency Emergency Response Team (DarMAERT) is the first initiative of its kind in Tanzania to bring together emergency response stakeholders together to serve as the tactical branch of a Regional Disaster Management Committee.

The partnership is supported by the UK and World Bank-funded Tanzania Urban Resilience Program, which recognizes the importance of a strong emergency response network.

Dar es Salaam’s city authorities launched the Emergency Response Plan in October 2017. It is designed to ensure that those responsible for tackling the emergency (i) know their role; (ii) are able to carry out the tasks assigned to them; (iii) have access to available resources and facilities; and (iv) work together in a partnership. The plan provides a strict framework for management, coordination, and lays out the degree of control within which a team of first responders can go about their work.

A good emergency system is composed of two important elements: (i) protocols, and (ii) equipment. Prior to the DarMAERT partnership, only half the city was covered by an emergency communication network. By adding three repeater stations, four radio base stations, six mobile stations, 31 radio handsets, and six table phones—all procured on behalf of Dar es Salaam—communications coverage has reached 100% of the metropolitan area.

Eric Dickson, the Bank’s Senior Urban and Disaster Risk Management Specialist, said that for DarMAERT to become an effective response agency, challenges of training, coordination, and equipment must also be addressed. Further collaboration will prioritize the dissemination of the Emergency Response Plan, as well as the development of more response capacity through targeted exercises, training, and drills.