Narrowed Fiscal Buffers: A Vulnerability in Emerging and Developing Economies 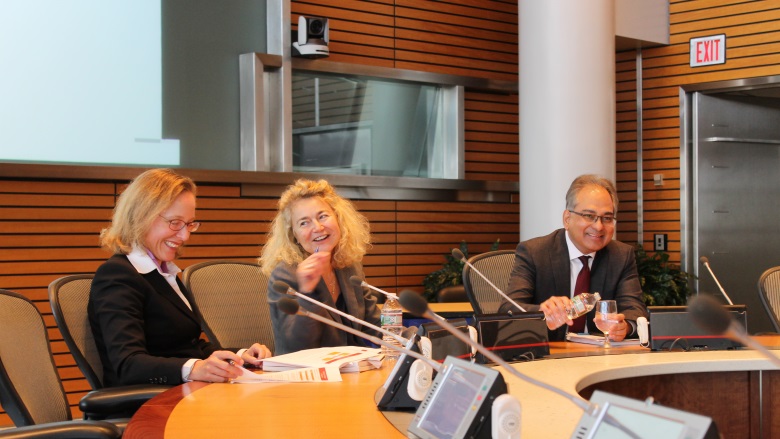 A decade ago, the worst financial crisis in generations sent shockwaves around the world, forcing many emerging markets and developing economies to tap into hard-won fiscal space to stimulate their economies. Today, much of that fiscal space has been depleted, leaving these economies vulnerable should another economic shock materialize.

“After a long and protracted recovery, economies across the globe are expanding,” said Asli Demirguc-Kunt, Director of Research at the World Bank. “But periodic downturns are an inevitable feature of the global economy, and developing countries should take action now to put themselves on a firmer footing.”

Franziska Ohnsorge, Manager in the World Bank’s Development Prospects Group, addressed the issue of countries’ readiness to cope with an economic shock at a recent Policy Research Talk. Drawing on a new database covering 200 countries, and using 28 indicators over 3 decades, she described how emerging market and developing economies’ fiscal space has evolved.

These indicators show that the fiscal positions of many of these economies have deteriorated in multiple dimensions over the past decade. Government debt has grown steadily since 2007, and as of 2017 stands at over 53 percent of GDP on average. Prior to the global financial crisis, that figure was 46 percent.

This growth in debt has been driven by a reversal from fiscal surpluses prior to the crisis to deficits in every year since 2009. In 2017, EMDEs ran a deficit of about 4 percent of GDP, their biggest since the crisis. Three-quarters of EMDEs are currently adding to their stock of debt—and that is in the absence of a major global shock since 2008-09.

Should they be subject to a shock similar to previous episodes of financial stress, nearly all EMDEs would set their government debt on a rising trajectory, at current spending levels. To maintain constant debt levels in the face of a shock, EMDEs would have to make drastic cuts to government spending, equivalent to 8 percent of GDP on average, Ohnsorge said.

Other aspects of EMDE fiscal positions have also slipped. External debt has been creeping up in recent years, and now exceeds 50 percent of GDP on average in EMDEs. At the same time, sovereign debt ratings have been trending steadily downward since 2011, reflecting growing investor wariness. The average maturity of sovereign debt has likewise been heading downwards since 2009, increasing turnover risk.

“If a crisis were to happen today, government debt would be only slightly smaller compared to the run-up to earlier crises, and deficits would be much wider,” said Ohnsorge. “Are EMDEs ready for the next shock? The data suggest not, at least in some dimensions.”

"If a crisis were to happen today, government debt would be only slightly smaller compared to the run-up to earlier crises, and deficits would be much wider. Are EMDEs ready for the next shock? The data suggest not, at least in some dimensions." 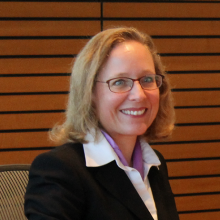 One bright spot: foreign-currency denominated government debt has held broadly steady as a percentage of all government debt. Exchange rate risk has proven to be a dangerous feature of past crises.

In part, the decline in EMDEs’ fiscal positions has reflected appropriate fiscal policies, Ohnsorge said. In particular, EMDEs switched towards countercyclical fiscal policy during the 2008-09 crisis. In decades prior to that, EMDEs increased government spending during economic expansions and cut spending during recessions. However, that pattern reversed between 2008 and 2014, resulting in negative structural fiscal balances.

Not All Fiscal Stimulus Is Equal

Even more troubling is that fiscal stimulus appears to be less effective when an economy’s fiscal space is narrower. When governments engage in fiscal stimulus to prop up a weak economy, households, investors, and other actors in the economy may respond in ways that dampen the stimulus. Households may cut back on their expenditures in the expectation of future tax hikes, a long-standing idea in economics known as the Ricardian Equivalence Theorem. Investors may become concerned about sovereign credit risk, resulting in an increase in interest rates.

New empirical research conducted by Ohnsorge and her colleagues finds that not only do both households and investors counteract a stimulus in many situations, but the dampening of stimulus is worse where government fiscal space is smaller. In more extreme cases where government debt is high—in excess of 60 percent of GDP—fiscal stimulus could even be counter-productive, resulting in a decline in GDP.

Consequently, the necessity for EMDEs to firm up their fiscal positions before another crisis hits is more urgent than ever. Historical patterns underscore the timeliness of this precaution: the current global expansion has lasted seven years, still short of the post-1960 average of 10 years, but not far off. The current U.S. expansion has lasted 33 quarters, well beyond the post-1960 average of 24 quarters. EMDEs still have time to take action, but the clock is ticking.