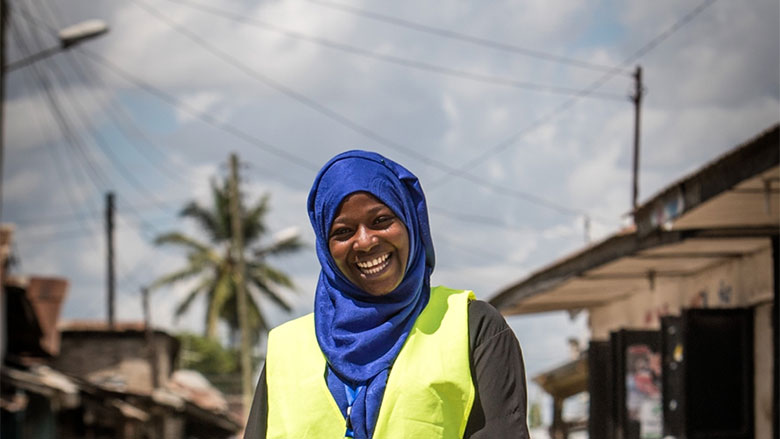 "Our house was flooded up to the roof and we did not have shelter for three days," says Saada Ally Salum, of the deadly floods that affected the Jangwani area of Dar es Salaam in 2011. "Over these days it was difficult for me to go to school and my exercise books were taken by the water.”

Saada Ally Salum is one of the nearly 5 million inhabitants of Dar es Salaam, many of whom face the likelihood of flooding during Tanzania’s two rainy seasons (in March/April and November). As her story shows, the consequences of flooding are disastrous for them, putting their homes, jobs, and lives at risk of loss or destruction.

Situated upon a flood plain, and ever-expanding under the combined pressure of climate change and rapid urbanization, the risk of flooding in Dar es Salaam is only increasing.

This is what motivated Salum to participate in the second phase of Dar es Salaam’s innovative Ramani Huria (Swahili for Open Map) project—a city-wide, community-driven mapping initiative aimed at surveying the existing drainage systems to better advise the city on flood mitigation. 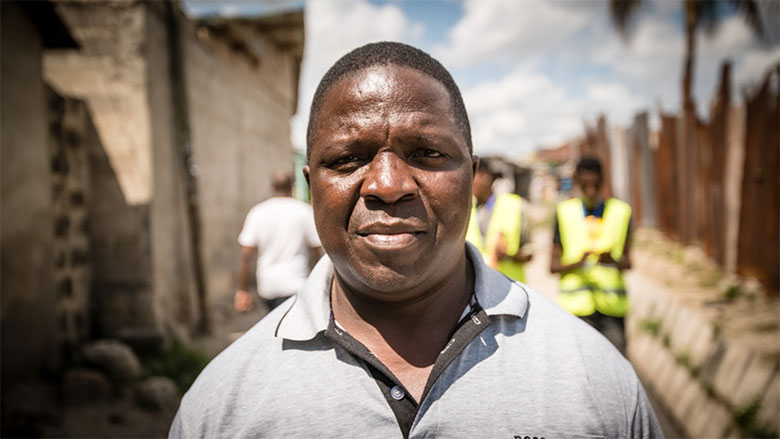 Under a Memorandum of Understanding between the World Bank, GFDRR, and the UK's aid-funded Urban Resilience Programme, and Tanzania’s Ardhi University (ardhi means land in Swahili), Ramani Huria 2.0 is training about 300 Urban Planning and Geomatics students to capture community knowledge and help document the rapidly changing city of Dar es Salaam more accurately.

The mapping itself is straightforward.

“We are starting from the starting point and identifying where the water is flowing,” Salum explains. “We identify point features, like this is a starting point of the drain, or this is a place where water enters to the ocean or lake. After that, we are defining whether it is a drain or a ditch or a culvert.”

But the students go further than this to collect critical data directly from community members in an effort to precisely identify the extent of flooding within each city ward.

“To collect this information, we are using a form found on smartphones (Open Data Kit)”, demonstrates Ardhi student, Asha Mohammed Mustafa. “This form gives you all the information, all the questions that you need to fill in."

"The main issue is to know how many houses are being affected by flooding and how the depth [of floodwater] has increased since it started affecting the people," she adds. "The goal is this will enable a better understanding of the areas most affected—so we should be aware of it.”

While the students surveyed one particularly flood-prone ward of the city, community leader, Roya Marian Makolo, explains how his community copes. 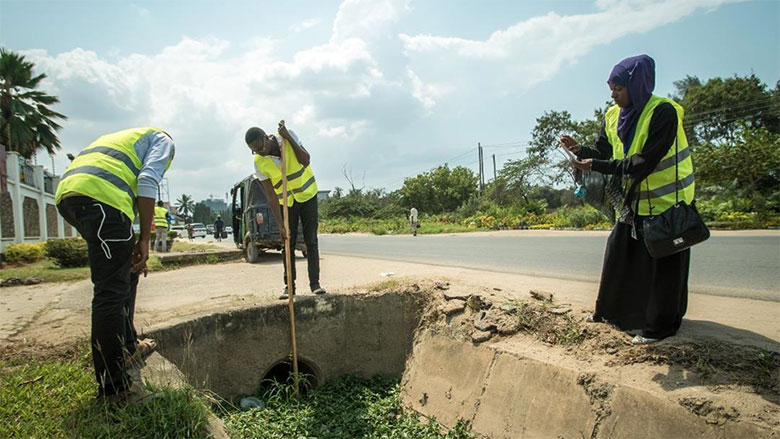 “During the rainy seasons, it can flood up to the level of your waist," he says. "The family living here usually moves to my place during extreme flooding, their beds, kitchen pots all swamped. Children like [the ones] you see are so vulnerable," he adds. "So we have to take them in for at least three or four hours, and when the water level goes down, they go back to their houses."

“Maps are part of history, maps are planning,” she insists. “Without maps, you cannot know where a problem is, how big a problem is, or—when the problem comes, what will be affected.”

Leading into the next rainy season, under the guidance of consultants from the Humanitarian OpenStreetMap Team and ten other Tanzanian students from the project’s pilot who have now become trainers, Salum, Mustafa, and their fellow Ardhi students are mapping an area covering a total of 35 wards, home to the majority of Dar es Salaam’s population.

Beyond drainage networks, the students are mapping health care services, toilets, water sources and various other elements of urban infrastructure to provide more information that can guide the Tanzanian government—from the local to national levels—in their efforts to improve flood resilience and service delivery across the city.

The MoU will not end with this particular project, but includes plans for a bachelor’s degree curriculum on sustainable planning for resilience to be developed jointly between the World Bank and Ardhi University.

Bella Bird, Country Director for Tanzania, Burundi, Malawi, and Somalia notes: “This is a commitment the World Bank is making to improve Tanzania’s skill base, as the most critical area of investment for an industrializing economy.”

By making this commitment, Ramani Huria will not simply prepare communities for disaster risk, but will transfer skills, knowledge, and tools to more students like Salum and Mustafa, who will be better equipped to support sustainable urbanization moving forward as a result.

As Mrs Mrema puts it, “this all begins with a good map.”