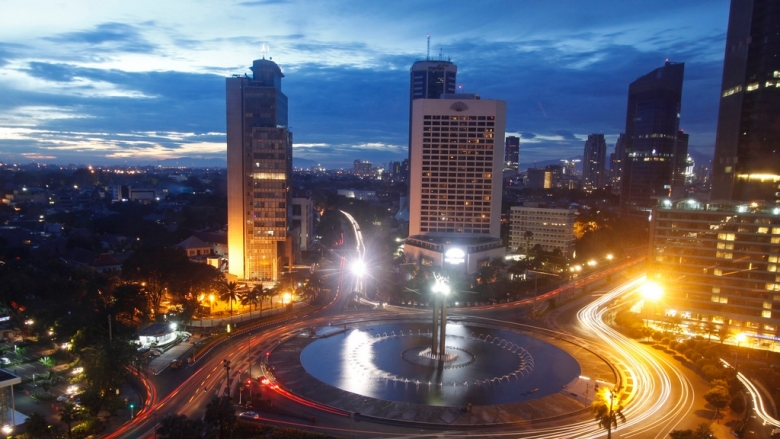 At Transforming Transportation, an international forum at the World Bank headquarters in January 2018, participants took a close look at the potentially enormous impact and opportunities offered by the digital era.  From making transit safer for all, to decreasing congestion, to making it greener, the digital revolution is bringing great changes to the way people and things move around the world.

In the Philippines, the cost of daily traffic jams is estimated at about $60 million U.S. dollars a day. Here, too, digital tools are making a difference. Laura Tuck, the World Bank’s Vice President for Sustainable Development, says that by using intelligent transportation systems, “where you’re collecting data from the cars that are going, you can share this with users-- where you have accidents, where you have a lot of congestion, you can help users avoid them, and you can help authorities start to plan their traffic management better.”

Safer, greener, accessible for all

Members of the Digital Development Partnership, a cross-cutting team in the Digital Development unit at the World Bank, were instrumental in planning a session on the digital tools helping build this sustainable mobility. Those tools include data collection so cities can build safer roads, reporting and protections for women using public transportation, and integrated fare systems that make paying for transit faster and easier. The digital revolution’s impact on transportation “extends beyond new business models like car sharing and bike sharing,” said Doyle Gallegos, the World Bank’s Global Lead for Broadband Access for All. ““As companies, NGOs, governments and others increasingly use digital tools to enhance their capacity to target action in pursuit of more sustainable, equitable and safer transportation networks.”

Safety is the focus at Brisk Synergies, which uses street cameras, data analysis and AI to evaluate accidents and near misses. Using video footage, Brisk calculates the minute difference in time between two things colliding, cars and pedestrians for example, to measure risk. “With this kind of analysis, we can identify high-risk locations, we can help monitor road user behavior patterns, and we can help measure the improvements to any kind of intervention that a city might deploy,” said Alyssa Fischer, Policy Program Manager at Brisk, who presented at the session.

Other groups are using open source data to map movement and provide instant information to drivers, and others, in real time. Mike Davis, of TransitScreen, says his company aims to become the “Switzerland of transportation data,” by providing up-to-date information on all forms of transport on a single screen or app. Instead of looking at a bus schedule, to the exclusion of other forms of transport, users can look at one site and see how the bus links to the ferry or to a bike share.

From Bike Shares to the Cloud

Bayo Oresegun, of IBM, is using big data and the cloud to speed communication. “Globally, 2.5 quintillion bytes of data are created each day,” he said. Mining that data and getting it to users means that Alitalia, for example, can rely on real-time weather updates to direct its planes to avoid turbulent skies, and so save on jet fuel.  Beijing is using predictive models to alert residents to high levels of pollution, while taking steps to mitigate it.

Proper government policies and regulations are fundamental to ensure that new technologies are accessible to everyone. Sometimes, new technology – from drones to digital identification – evolves so quickly that governments can be slow to keep up. Communication is the key, said Michael Geertsen, the director of Government Solutions for Microsoft, in a session on Harnessing Disruptive Mobility through Policy and Regulation. “One approach would be formal collaboration networks. That might vary from city to city, but think of them as design-think workshops and ways that could, in a non-threatening way, begin to realize some of these questions.”

Tools to Protect the Vulnerable

New digital tools are also changing travel for women.  In Mexico City, 65 percent of women reported being harassed on public transportation. Data analysis showed that men and women have different travel patterns. So, as one option, the city introduced segregated subway cars and women-only pink buses. And it began targeting indifference. Analysis found that women reported that no one came to their aid when they were being harassed in public. So the city began training bus drivers in non-confrontational intervention. It built a communication campaign to encourage observers to speak up and stop the harassment as it happened, and it created apps to ease reporting.

Complaints have since dropped, according to Karla Dominguez Gonzalez, a gender specialist at the World Bank. But she adds, “technology should be part of a more holistic, comprehensive package that can help us to start changing social norms.” New tools and digital solutions are only part of the answer; real change comes from how humans use them.