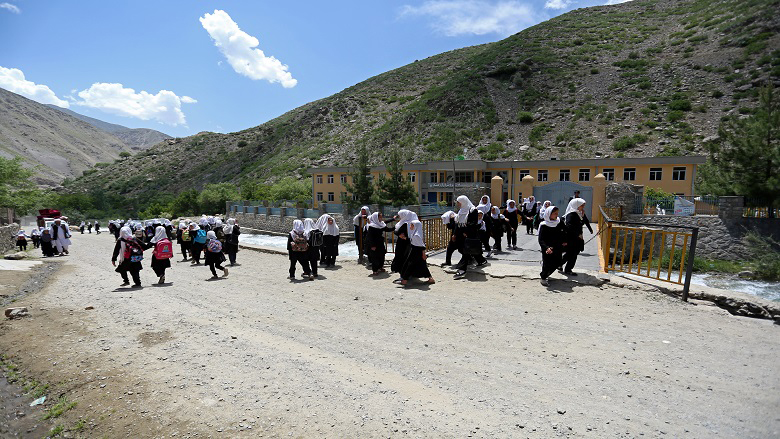 The rehabilitation of the Parandi valley road in Panjshir Province encourages valley inhabitants to send their children to school, especially girls. Thanks to the support provided by the Afghanistan Rural Access Project, villagers can now take their childern by car or motorcycle to school.

BAZARAK DISTRICT, Panjshir Province – It is mid-afternoon and the sun is beating down hard on the flourishing Parandi valley. The weather in the lengthy valley in the Bazarak district of Panjshir Province is torrid, keeping most of the inhabitants of its 12 villages indoors. But not Razuddin, 50, who sits with workers in the shadow of a wall and eagerly quizzes them on how the building of his house is coming along.

Two years ago, Razuddin invested in a new concrete house in his native Dorana, the most remote village in the Parandi valley. The house is expected to be completed soon and will be the second concrete building in the village. Razuddin lives in Kabul Province but decided to build a home in his village after a main road was built linking the village to the Bazarak district center.

“When I left the village in 2002, there was no road and the only way to transport food and other necessary materials from the district center was by using animals,” Razuddin says as he sips green tea. “The road has impacted our life positively since everyone can now come to the village by car. It also motivated many like me to come back and build a house.”

The rehabilitation of the Parandi valley road by the Afghanistan Rural Access Project (ARAP) has played a key role in developing and improving the financial situation of many villagers, who are mostly engaged in livestock, horticulture, and a small amount of agriculture. The all-weather road allows them to supply their products to the Bazarak market more quickly, increasing their earnings. “Before the road was built, we used animals to transport our products and it took two hours to reach the district center,” says Muhammad Yasin, 25, who raises livestock and grows vegetables in Logasht village. “Now we go by car in 15 minutes.”

ARAP, which is implemented by Ministry of Public Works, Ministry of Rural Rehabilitation and Development and coordinated by Ministry of Finance, aims to benefit rural communities across Afghanistan by improving access to basic services and facilities through all-weather roads. It is a follow-on project of the National Emergency Rural Access Program and is supported by the International Development Association (IDA), the World Bank Group’s fund for the poorest countries, and Afghanistan Reconstruction Trust Fund (ARTF).

"The road has impacted our lives positively since everyone can now come to the village by car. It also has motivated many like me to come back and build a house."
Razuddin
Dorana village, Parandi valley 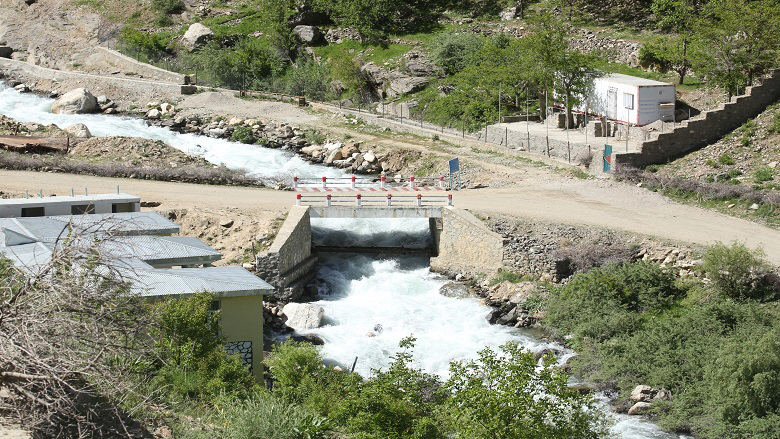 The Parandi mountain valley is transverzed by a roaring river, making the area green and pleasant.  The road, rehabilitiated under the Afghanistan Rural Access Project, has created an opportunity to develop the valley and its lush scenery as recreational destination.

The rehabilitation of the Parandi valley road took about a year and was completed in October 2014 at a budget of 65.7 million afghanis (about $960,000). Rehabilitation of the 9.4-kilometer road included graveling, building culverts and a retaining wall, and installing a drainage system. The road runs between Bazarak center and Dorana village, connecting 12 villages and benefiting more than 8,000 people.

Qaisuddin, 18, a beneficiary of the road, lives in Dangana village and uses it every day to get to school. “When the road was in poor condition, I had to walk an hour to reach school at the district center, while now I can ride a motorcycle and get there easily in 10 minutes,” says the 11th grader.

The improved road conditions have encouraged valley inhabitants to send their children to school—especially girls—at the right age. “People would not start their children at school at the proper age—seven—because it was hard for a child to walk one or two hours a day to school,” says Dorana resident Mohammad Asif, 22. “Now most of the villagers take their children by car or motorcycle to school.”

Just as important is the fact that locals now have timely access to healthcare. The ability to take patients in cars has led to better treatment of those in need of urgent care, such as women going into labor.

The mountain valley is crossed by a roaring river, making the area green and pleasant. The opportunity to develop Parandi valley and its lush greenery and river as a recreational destination has been opened up by the road. Many people from other provinces or other parts of Panjshir Province come to the valley for recreation and picnics. “After the road rehabilitation, people come to the valley a lot, especially in the spring and summer seasons,” Razuddin says.

He has decided to build a hotel in the valley after the house is finished. “Building a hotel will help people enjoy their time in the valley,” he says. “It will generate jobs for the locals and good earnings for the owner.”