Skip to Main Navigation
This page in:_
FEATURE STORY November 16, 2017

A Rebalancing China and Resurging India: How Will the Pendulum Swing for Russia? 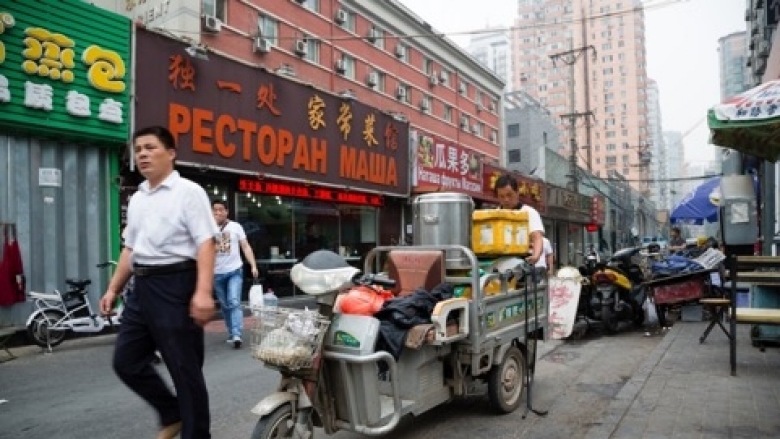 Stores on Yabaolu street in Beijing, China. This shopping district specializes in wholesale trade with Russia. Photo by Shutterstock.com

What impact will two major, dynamically transforming economies – China and India – have on Russia by the year 2030? As China’s economy rebalances and shifts toward greater domestic consumption, and India’s economy continues to expand rapidly, Russia will face various challenges and opportunities in the years ahead. But will Russia be prepared to take advantage of these opportunities? A new report provides an in-depth analysis.

Russia Pivots Towards China and India

Like most countries, Russia’s economic prospects are closely linked to its ability to export and penetrate new dynamic markets. While both Europe and the Commonwealth of Independent States (CIS) remain the main destinations for Russia’s exports, the country is beginning to strengthen its economic relationships with important new dynamic markets such as China and India.

In the global market, China is now the world’s second largest importer, after the United States, and in many metal markets it represents more than half of global demand. Russia’s trade with China has increased substantially in recent decades: merchandise trade between the two nations has almost tripled over the past ten years.

India is the world’s third largest economy in purchasing power parity terms, and has experienced remarkable economic growth in recent years. The country is home to globally recognized companies in pharmaceuticals, steel, and space technologies, and is a leader in the use of information technologies for e-government and public service delivery. Russia’s trade with India has increased more than 15% in the last five years.

Russia’s burgeoning economic relationships with the economies of China and India present potential challenges and opportunities for the country. Challenges for Russia could stem from its low levels of trade flows with India, as well as from the impact from China’s current economic slowdown. On the other hand, India’s emergence as one of the fastest growing large economies in the world, and China’s rebalancing of its economy towards greater consumption, could present future opportunities for Russia. 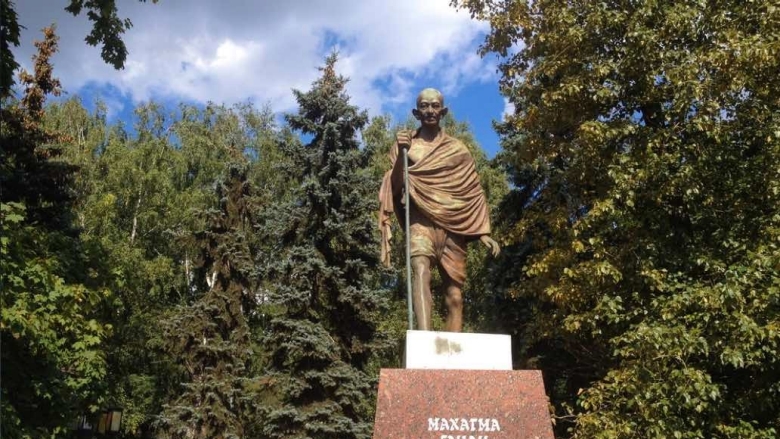 Russia and India have a longstanding cordial relationship, with its roots in the Soviet era. A monument of Mahatma Gandhi in Moscow. Photo by Shutterstock.com

The economic transformations taking place in China and India are having subtle and indirect impacts on Russia’s economic growth, and will continue to do so over the next decade. Our report A Rebalancing China and Resurging India: How Will the Pendulum Swing for Russia? assesses these potential impacts in the context of four different scenarios: China’s slowdown, China’s rebalancing, India’s expansion, and a combination of all three afore-mentioned scenarios.

It is estimated that the overall impact of China’s economic slowdown on Russia’s growth would be relatively minor, but the impact on welfare would be more significant: an increase in direct taxes would be needed to balance lower trade revenues. At the same time, a continued slowing of the Chinese economy would offer an opportunity for Russia to grow its non-oil tradable sectors.

China’s rebalancing could bring about a rise in Chinese demand for oil and agricultural products, thereby having a positive, albeit small, impact on Russian trade.

India’s rapid expansion could trigger additional demand for Russian exports, but only a moderate GDP growth gain because of the low level of Russia-India trade. The current share of Russian exports to India is barely 2%, in contrast to 11% for China.

Perhaps the most important policy implication for Russia is the urgency to speed up domestic structural reforms. The four scenarios summarized above assume rapid adjustment in labor and goods markets. Rigidity and impediments in both labor and goods markets increase the impact of negative external shocks and reduce the benefits from positive ones.

In addition, Russia’s poor connectivity (well below other BRICS countries) and non-tariff barriers in countries that trade with Russia, limit Russia’s ability to adjust smoothly to changes in the international economic environment.

What can Russia do to mitigate the challenges and capitalize on the opportunities? The report suggests four specific policy approaches: 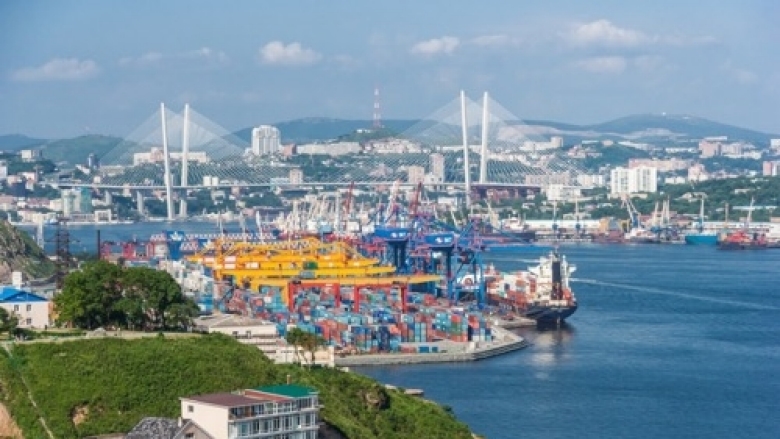 Vladivostok is Russia’s largest port on the Pacific Ocean, located at the crossroads of major shipping routes in the region. Photo by Shutterstock.com

Overall, the impact of all four scenarios on Russia’s GDP would be relatively small, which may suggest that changes in both the Chinese and Indian economies should not be of great concern to Russia. On the contrary, these small changes could limit Russia’s ability to benefit from the opportunities offered by a rebalancing in China and more rapid growth in India. Moreover, the implications of these scenarios for household welfare in Russia are more significant, largely driven by changes in the terms of trade.