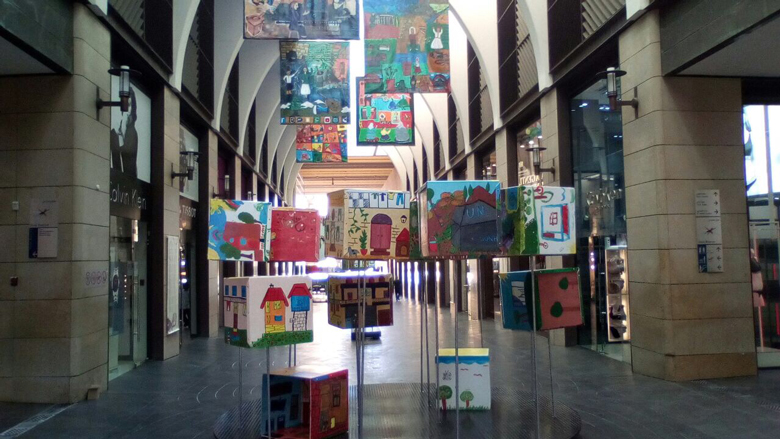 The World Bank Group and UNESCO have teamed up with the government of Lebanon to strengthen mutual understanding and foster dialogue between host communities and refugees.

Through the "Butterfly" initiative Lebanese students and their refugee peers have worked together to produce artworks now being showcased in at the World Bank headquarters in Washington, DC. The children and young teenagers developed stories on the theme of coexistence and depicted them in drawings on canvases.

The initiative was designed and implemented in partnership with the World Bank Group's Art Program and consisted of 132 artistic workshops, organized in 22 Lebanese public schools across the country.

An estimated 1.5 million displaced Syrians have increased population in Lebanon from 4.5 million to about 5.9 million people, of whom an estimated two million are vulnerable. The initial spillovers from the Syrian conflict were primarily humanitarian and related to the massive influx of people. As time passed, the humanitarian quandary grew into an enormous economic and social encumbrance, eroding Lebanon's ability to meet the increasing demand for services and spurring social tensions.

"I tried to imagine what there is in common between my country, Lebanon, and Syria. I painted tarbush [traditional male hats], traditional houses… After all, we belong to the same region and we have similar cultures." Bana, 15, Lebanese. "I drew my home, back in Syria. I miss home."
Ahmad
ten year old, Syrian 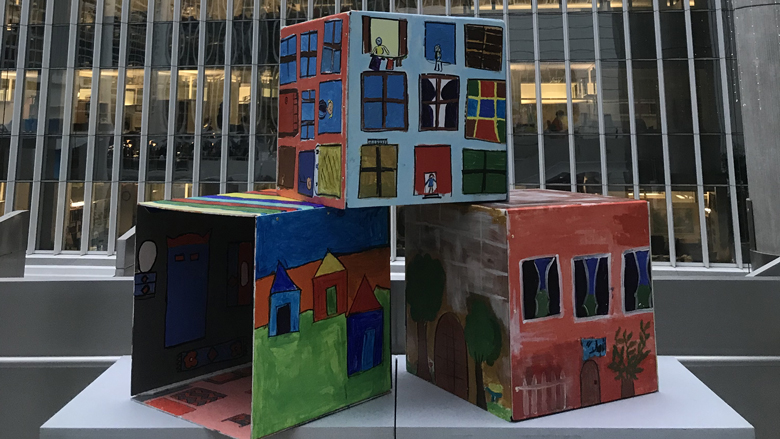 "The economic and social impact of the Syrian crisis on host communities, now in its seventh year, is one of the main development challenges Lebanon is facing," says Saroj Kumar Jha, World Bank regional director for the Middle East. "In hosting such a large share of refugees, Lebanon provides a global public good and the international community acknowledges this effort. We remain committed to supporting Lebanon in facing this challenge and promoting inclusive growth and job creation."

"We have been proud to work on this activity," says Wafa Charafeddine, director of the Funding Division at Lebanon's Council for Development and Reconstruction (CDR). "CDR is an institution of the Republic of Lebanon that developed a solid expertise in infrastructural projects and further refined it by tackling social development issues, enhancing the inclusiveness of projects with the support of the international community."

Throughout the activity, the arts have served as a powerful means for the youth to explore each other's culture and as an instrument for promoting social cohesion, acceptance and tolerance.

"To facilitate delivery of urban services needed by the Lebanese host communities and displaced population, the social capital of these diverse groups had to be prioritized. The focus had to shift to the networks of relationships between the people who live and work together, for their communities to function effectively," says Marina Galvani, World Bank Art program director.

The activity created child-friendly spaces at school, safe areas where Lebanese and refugee children expressed themselves by drawing and had an opportunity to better understand each other's perspectives.

"In this activity, we get a rare glimpse into the minds and hearts of Lebanese and Syrian children: their memories, their dreams, their ambitions for a better world, which they expressed visually with lovely paintings and drawings, telling us very powerful messages of peace and tolerance," says Ayat Soliman, World Bank practice manager for Social, Urban, Rural and Resilience in the Middle East and North Africa Region.

"Throughout this activity, we contributed to building social cohesion between communities, which is a long process," says Dario Zanardi, Social Development Specialist. "We definitely took the right direction to address social tensions and misperceptions in young generations by mainstreaming art in education as a peacebuilding tool."

The artworks were launched simultaneously in Beirut and Washington, where they can still be viewed at the World Bank Main Complex until November 17, 2017.