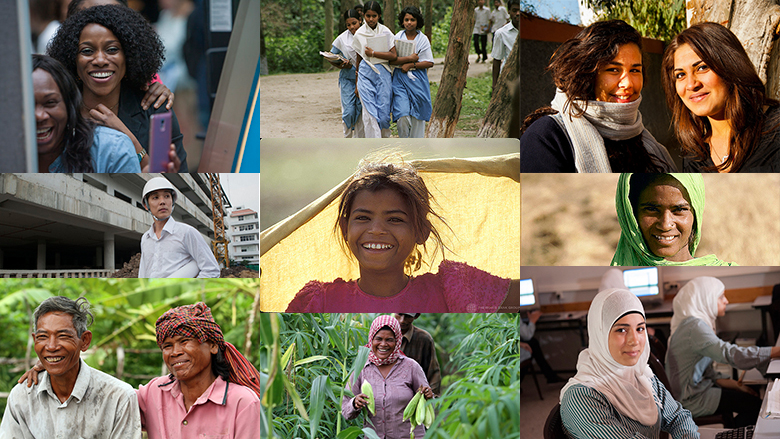 Washington D.C—October 16, 2017. At the World Bank Group’s 2017 Annual Meetings, seven countries committed to transformational investments in people either at home or at the global level. These commitments followed World Bank Group President Jim Yong Kim’s presentation of the Human Capital Project, a new effort to understand the link between investing in people and economic growth, and to accelerate financing for human capital investments.

During his keynote address, H.E. Paul Kagame, President of the Republic of Rwanda said: “Human capital is without doubt the driver of high-income growth and the foundation of prosperity. Unleashing human freedom and ability is a force multiplier that creates limitless potential. For that reason, I would like to challenge us all to not limit our ambitions to eliminating extreme poverty but to aim for prosperity and well-being for everyone.”

President Kagame also committed to strong action on investments in young children, in the early years of life. Rwanda, which has achieved excellent health results under his leadership, will reduce childhood stunting from its current level of 30% to 15% by 2020, with 6 percent reductions a year thereafter, he said. Stunting, or low height for age, signals chronic malnutrition and is a red flag indicator for downstream losses of human and national economic potential. 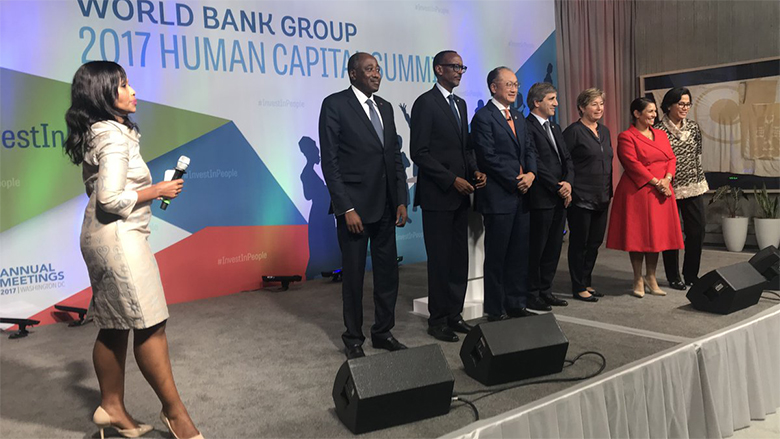 Tackling malnutrition is one of the three critical foundational investments a country can make in young children, the others being preschool or early education, and protection of children from harmful environments. At the Summit, in addition to prioritizing early years’ investments, countries also committed to action on access to quality education, skills and jobs, universal health coverage, and the empowerment of women and girls.

“The real face of development: progress in human capital quality”

Finance Minister of Indonesia, Sri Mulyani Indrawati said the real face of development for many countries is the progress in human capital quality. The Government of Indonesia has not only prioritized human capital development by allocating 20 percent of its budget to education and 5 percent to health, but has also delivered tangible results through policies and programs in early childhood education and development and universal health coverage.

Priti Patel, the United Kingdom’s Secretary of State for International Development, emphasized that the world needs to do more to provide opportunity for all individuals to thrive and grow. The UK Government is strongly committed in ensuring inclusiveness in quality education, nutrition, and health and investing in neglected areas such as disability. The country will continue to put women and girls at the heart of its development agenda and aims to improve the nutrition of 50 million people who otherwise would go hungry by 2020.

The Government of Cote d’Ivoire has prioritized human capital development as part of its policy to promote sustainable, inclusive economic growth. Prime Minister Amadou Gon Coulibaly committed to strong action on three critical fronts—reducing childhood stunting from its 2012 level of nearly 30 percent to 20 percent by 2020, promoting gender equality by making it easier for girls to go to school and university, and creating jobs for all working-age youth.

A core issue for the G-20 during Argentina’s presidency

Noting that human capital investments lay the foundation for competitiveness and growth, Luis Caputo, Finance Minister of Argentina said his country has focused on increasing access to healthcare, modernizing education technology and curricula, and supporting financial inclusion. During its G20 presidency, Argentina will make human capital a core issue, promoting policies that prepare workers for both opportunities and risks created by advances in technology.

The Netherlands’ Minister of Foreign Trade and Development Lilianne Ploumen said that when women thrive, everyone wins. To achieve gender equality, the world not only needs technical programs on health and education, but also efforts to promote women’s voice and empowerment. The Netherlands will continue to be committed to women’s sexual and reproductive health, without which human capital cannot be built, she said.

Secretary of State for Foreign Affairs Tone Skogen noted that Norway has been firmly committed to investing in health systems and education, having been a key contributor to funds that finance results in these areas. The country will champion replenishment of the Global Partnership for Education and actively supports the idea of an International Financing Facility for Education, she said. Norway also committed to increasing investments in sexual and reproductive health by approximately $85 million over the next four years, and to provide $200 million over the next five years for the production of new vaccines