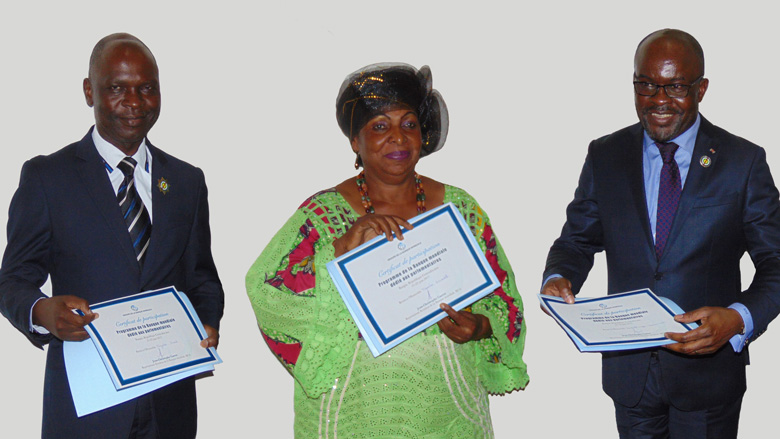 MPs receive their Certificates after completion of the program

The Central African Republic has long been depicted as a textbook case of a fragile and conflict-affected state. Landlocked and surrounded by unstable neighbors, CAR has been mired in sectarian violence for decades. And despite being endowed with a wealth of resources - ranging from diamonds, gold to oil and uranium -, the country suffers from a 75% poverty rate, leaving little incentive for youth to defect the ranks of local militias.

To help change this narrative, a new portrait of the country is being painted by local politicians, civil society and the development community, one that moves beyond the focus on humanitarian aid and security, and puts investment in productive sectors front and center.

It is in that spirit that the World Bank CMU and ECRGE recently organized a two-day workshop for MPs hosted at the National Assembly, aimed at strengthening parliamentary engagement in a country long considered “a basket case.”

In attendance were 55 MP, a third of the Parliament - including the President of the National Assembly Abdoul Karim Meckassoua and the Chair of the Finance Committee Martin Ziguélé - a testament to the strong commitment of Parliament to deepen its dialogue with the World Bank and its eagerness to build institutional capacity.

"We are extremely grateful to the World Bank for this important engagement with elected representatives of our very fragile country. Without you working hand in hand with us to fight extreme poverty, peace will never be back"
Karim Meckassoua
President of the National Assembly 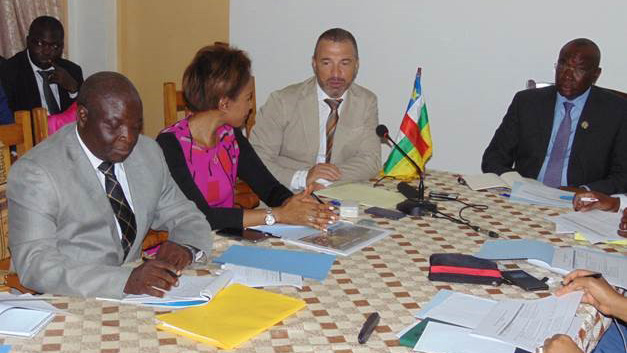 “The World Bank Group is more committed than ever to involve MPs in the development process of their own country,” said Jean Christophe Carret, the World Bank Country Manager who recently moved to Laos. “As elected representatives, MPs provide us a vital and direct link with those we aim to serve in CAR. Through their regular interactions with citizens, they can provide us with the informed feedback and invaluable insights to better tailor our programs to the needs of the local population.”

Parliamentary input is all the more critical with the recent uptake in World Bank operations in the country. In the past two years, the Bank has stepped up its engagement in the country tenfold, committing a total of 500 million USD. In a recent interview in the Economist, Jean Christophe Carret explained: “The CAR is a test case. Fragile states are the new frontier of development.” As public officials, parliamentarians stand as partners of choice in that endeavor.

The workshop featured specialized sessions on the World Bank citizen and stakeholder engagement strategy; the role of parliamentarians in ensuring good governance of natural resources; and public financial management, making MPs better equipped to carry out their oversight functions and actively contribute to the policy dialogue on their country’s development.

The Second Secretary of the Parliament Kingo stated “it’s not development that builds the road, it is the road that builds development”, echoing the need for sustainable development in productive sectors, youth employment, agriculture, and electrification. Doing so will also require better governance of natural resources in a country that has often been “a victim of its own wealth” in the words of MP Ziguélé. “Every time we mismanage natural resources, we condemn the future of the present and next generations,” he deplored.

As a follow-up to this workshop, MPs proposed the creation of a parliamentary economic committee and mission to provide feedback on World Bank projects. In doing so, MPs hope to increase their constituent’s understanding and local ownership of World Bank projects. MPs also committed to create a national chapter of the Parliamentary Network on the World Bank and IMF which will be headed by a woman MP – Hon. Gina Michele Sanze – in the coming month.

The World Bank and Parliament will also collaborate to host an international parliamentary delegation in CAR, to encourage exchange of experiences. And most of all, to raise awareness of donor countries on the urgent need to invest in fragile countries.

If you wish to replicate a similar program in your country, feel free to reach out to the Parliamentary engagement lead, Naye Bathily, nbathily@worldbankgroup.org