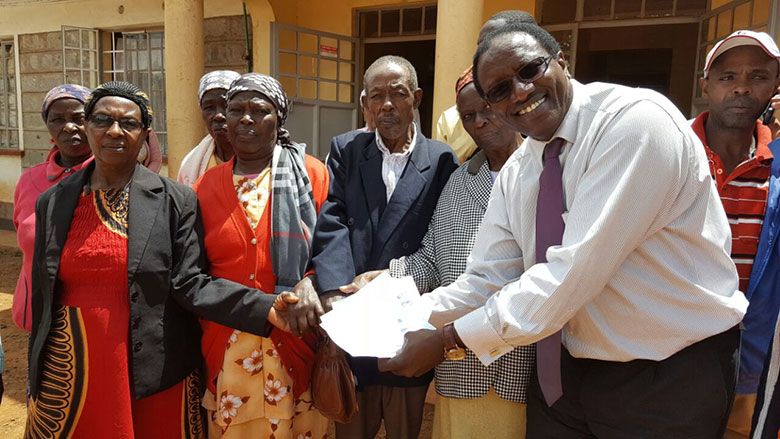 Kenyans are no strangers to waiting for justice. Cases in its civil courts take an average 24 months to conclude, largely because of the limited number of magistrates and judges available to hear them, but also because of the long distances between courts and the places where most Kenyans live. As a result, Kenya’s judiciary has a massive backlog of civil cases, prompting it to explore alternatives.

Enter the Court Annexed Mediation Project (CAMP), an initiative introduced in April, 2016. Court Annexed Mediation is supported by the World Bank’s Judiciary Performance Improvement Project (JPIP). It has been adopted in many countries around the world, but in Kenya, the origin of it can be traced back a few years to Kenya’s revised Constitution in 2010, which allowed the judiciary to explore and promote alternative dispute resolution mechanisms, including mediation.

“The World Bank has been very happy to support the judiciary’s ongoing transformation, including Court Annexed Mediation, as part of the US$120m Judicial Performance Improvement Project,” said Nicholas Menzies, the World Bank Task Team Leader for the project.

The mediation process is being piloted within the Commercial and Family Divisions of the High Court in Nairobi. Caroline Kendagor, Deputy Registrar at the Family Division, describes it as “offering fast and efficient resolution for parties to resolve their disputes.” The parties can request a court to refer their case to mediation, particularly when court cases have remained unresolved for years.

How does court annexed mediation work?

Cases are resolved with the assistance of court accredited mediators, usually lawyers who receive training in mediation first. The process evolves like this: a case is screened and, if it qualifies, is referred to mediation. The court provides three mediators from whom both parties select one with whom they are comfortable. The mediator listens to their grievances and supports them in reaching a mutually acceptable solution. The agreement reach is considered legally binding by the court.

“While the process is mandatory for select cases, the parties are not forced to reach settlement,” said Kendagor. As of July 2017, about 1,550 cases had been screened and about a third referred for mediation. Of these, roughly one quarter reached a settlement, less than 100 failed to, and half a dozen were terminated while another 150 were still going on.

The average time taken to settle cases via mediation was 66 days, or two months, compared to two years through the normal court process. The information shared during mediation sessions is confidential and is not admissible as evidence in court. The 60-day mediation period is capped, unless the Court grants an extension.

Kendagor placed a monetary value of 10.7 billion Kenya shillings (US$107 million) on cases lodged in mediation in mid-2017. Each time one is resolved, the money locked up in it is effectively released back into the Kenyan economy. “We have helped release 770 million Kenya shillings (US$7.7 million) back into the economy through case settlement via mediation,” she said.

There is no appeal process, providing some certainty a matter will be concluded once and for all. However, should no settlement be reached, the case reverts to the courts.

The following commercial case—filed on July 1, 2015, in the High Court of Kenya in Nairobi—resulted in conclusion. The matter was referred for mediation on November 3, 2016, and (after some delays by the parties in filing their case summaries and choosing their preferred mediator), a mediator was appointed in late February, 2017. The parties to the case managed to reach an agreement in two sessions held over three days at the end of March and beginning of April.

When the case was filed in court, no real headway was made for 16 months. After the appointment of a mediator, it took only 49 days for the parties to arrive at agreement, and they walked out shaking hands with their business relationship still intact.

Why does mediation work?

Mediation has the potential to address complex cases, including those involving companies in conflict. It is not bound by the rules of litigation, allowing more space for creative resolution. It is a solution by the parties, for the parties. As mediator Geoffrey Njenga put it: “Most disputes are not about facts, they are about injured emotions. Mediation allows aggrieved parties to release emotions, allows them to feel heard in the language that they understand best.” Njenga is happy that Kenya’s judiciary now recognizes mediation as “a bigger, better, and sustainable source of peace,” one that “endeavours to solve longstanding disputes” amicably.

The judiciary’s goal is to normalize mediation in all courts. A taskforce is to oversee national rollout, with the Environment and Land Courts their next focus.