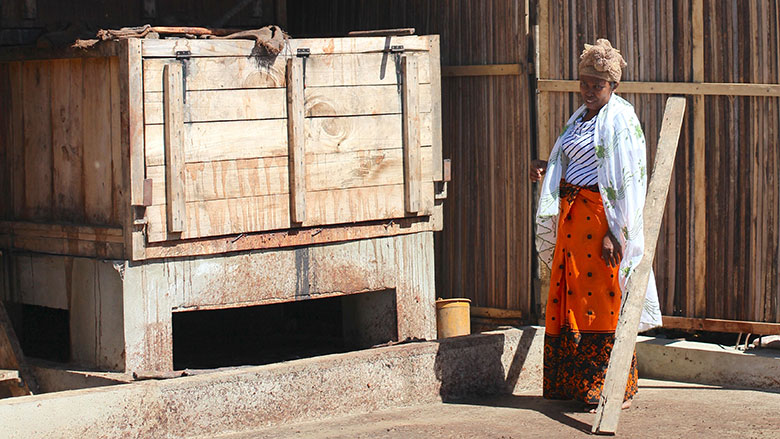 ANTANANARIVO, October 2, 2017‒Safiata proudly leafs through the meticulously recorded pages detailing every aspect of her flourishing cocoa processing business. She lives in the Sambirano region, the heart of Madagascar's cocoa industry located in the northwestern part of the country. She has worked in the cocoa value chain most of her life, but over the past year has experienced a boon in her business through participation in the Integrated Growth Poles project (or PIC, in French).

Safiata is a cocoa processor: she buys fresh cacao beans from farmers and collectors (harvesters), ferments and dries the beans, and resells them to exporters and chocolatiers. Like other PIC participants, Safiata benefitted from training in improved cocoa processing practices, business management skills, and received new fermentation boxes to be paid back over time. The hangar sheltering the new boxes and the concrete cocoa bean drying area - where she shows us her detailed books - are her own recent investments.

Before, Safiata produced "standard quality" cocoa, but she is now known for her "superior quality" beans and has built an excellent reputation with buyers and farmers alike. Superior quality cocoa is prized for its taste and texture attributed to the types of beans used and the rigorous sorting, fermentation and drying process. Previously, Safiata had to scramble to find multiple small buyers for her standard cocoa and accepted unfair prices to get her cocoa beans out of her hands, sometimes operating at a loss. Now, internationally renowned exporters seek out her high-quality product and pay more predictable prices that are at least 50% higher than standard cocoa. Safiata produced 10 tons of standard quality cocoa beans before the project, but this year has processed 16.4 tons of superior cocoa, capturing increased revenues both from scaling up production and moving to a higher margin product. 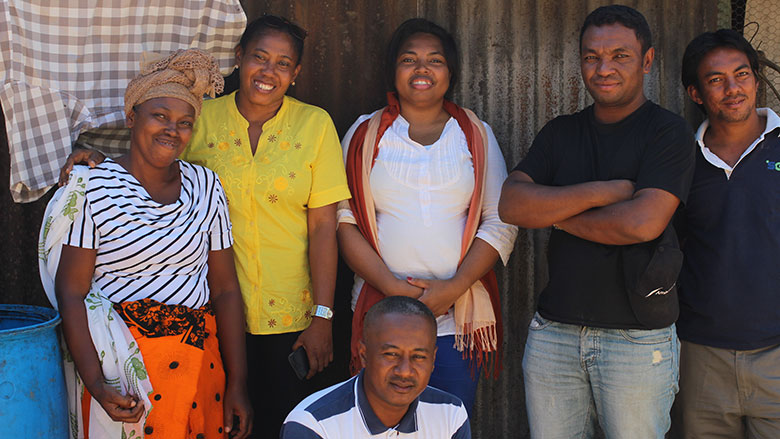 Safiata, here with her team, has worked in the cocoa value chain most of her life, but over the past year has experienced a boon in her business through participation in the Integrated Growth Poles project. Photo: Sarah Custer-Lalanne/World Bank

There is high demand from producers that want to work with her as well: from 103 producers before PIC, she now works with 157 - and this number is always increasing. Through the project, collectors benefitted from training in quality-oriented harvesting and the importance of careful sorting, allowing them to capture some of the higher margins of the improved cocoa value chain. Previously, the fresh cocoa beans that Safiata purchased had about 10% debris, which has now dramatically decreased one hundred-fold to 0.1%, justifying the higher prices paid to her producers; she says that everyone benefits from the quality improvement impetus.

In addition to securing higher prices, switching to premium quality cocoa means fewer post-harvest losses for Safiata. Standard quality cocoa is fermented and dried for half as long as superior quality, so it can't keep for very long without rapidly degrading. Between 2014 and 2016, she lost at least 180 kg of processed standard quality cocoa when she couldn't find a buyer and it went moldy and had to be discarded - about $200 worth of product, in a country where the GDP per capita is only twice that amount. Higher quality processed cocoa beans can be stocked for up to 6 months and she has not lost any cocoa since participating in the PIC project. The rainy season is a time of low demand from cocoa exporters, and processors struggle to find buyers and resort to selling at very low prices. Safiata's newfound ability to save money from her business and stock her beans in the low season allow her to wait until she can find a satisfactory buyer and price for her cocoa. Thus, unlike in the past, she can afford to pay fair prices to her collectors year-round.

Cocoa in the Sambirano is recognized for its potential to improve the livelihoods of people at all levels of the value chain, boosting inclusive economic growth in the region. Financed by the World Bank, the project aims to boost the agribusiness and tourism sectors in three regions in Madagascar. By the end of 2018, the PIC project aims to increase the value of cocoa exports from USD 20 million to 35 million, and increase beneficiaries' revenues by at least 25%. A dozen project “cocoa coaches” work with producers and processors to improve post-harvest practices. To date, beneficiaries have seen an average increase in net revenues of 47%, largely exceeding targets. The project also works on the institutional side, having supported the launch of the National Cocoa Council, the introduction of industry-wide quality control standards, and Madagascar's joining of the International Cocoa Organization. 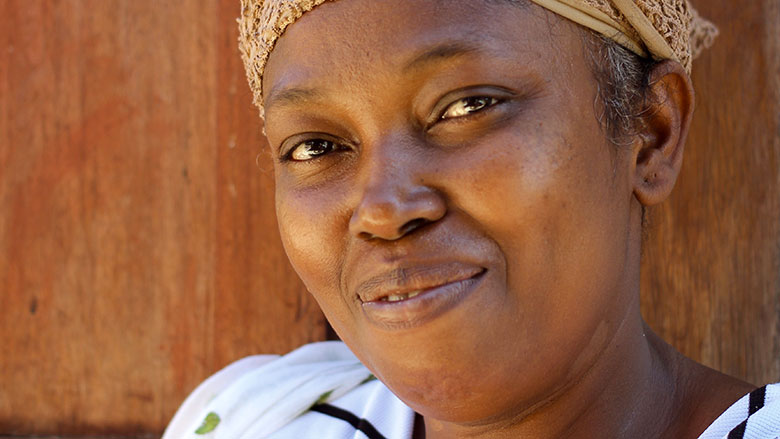 “I would like others to have a longer-term vision. I hope Madagascar will be known for its excellent cocoa,” says Safiata who works in the cocoa business. Photo: Sarah Custer-Lalanne/World Bank

However, international cocoa prices are down to a four-year low due to an abundant global supply, and unfortunately prices are not expected to increase in the short-term. Minimizing the impact of price volatility on actors throughout the value chain is essential if any recent gains are to be sustainable. For processors like Safiata, focusing on quality improvements and diversifying income streams helps hedge against drastic price fluctuations. The project also supports farmers’ intercropping of cacao trees with vanilla, pepper and other crops to stabilize their revenues.

While cocoa production in other countries sometimes expands to the detriment of forests, farmers in the Sambirano embrace agroforestry, the association of cocoa with forest and fruit trees. Cocoa coaches stress the economic as well as environmental benefits of the practice: not only do larger trees provide yield-improving shade to cocoa trees, some – like pink peppercorn – are an additional source of income, so ecologically sound production systems continue to prevail.

Recently, thanks to her new connections through the project, Safiata diversified her activities and now also serves as a broker, buying fresh cocoa beans from many small producers and reselling to large buyers to process themselves.

Safiata says that her life has changed thanks to the PIC project. She is able to save money now and make it through the low season without changing her standard of living. She regrets that she was not able to pay for her eldest daughter to continue her education after secondary school, but is proud to have two children in university now and is happy that they will be able to choose their own career paths. Safiata points to the corrugated metal of her house and says she plans to replace it with durable brick. She opens the door to a room adjoining her house where a few sacks of cocoa beans are stored; soon she plans to build a proper hangar to stock her processed cocoa ready for sale.

Hopes for the future? "I would be interested in forming an association of cocoa processors," she says. "The problem is that many people - both processors and some exporters - are happy with cheaper, lower quality product and its faster turn-around times. I would like others to have a longer-term vision. I hope Madagascar will be known for its excellent cocoa. But big goals for our country start with each one of us ensuring we produce something we can be proud of."