Why Supporting Women’s Economic Inclusion is Vital for the GCC 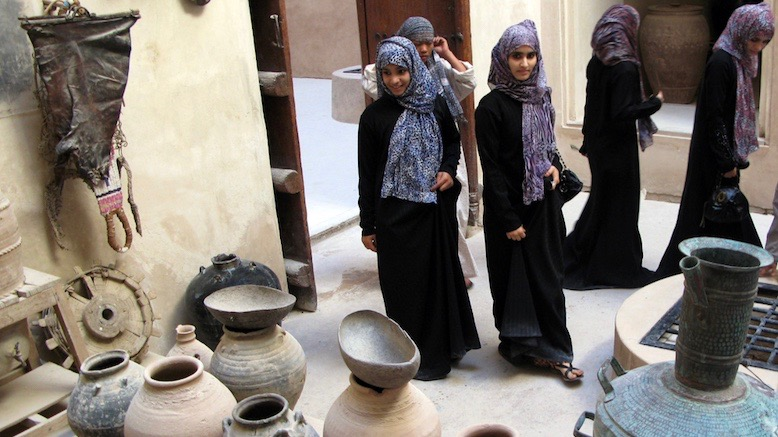 The Gulf Cooperation Council (GCC) countries are going through a historical turning point in terms of enhancing women’s economic inclusion. As the Saudi Ambassador to the United States, Prince Khaled Bin Salman, commenting on the recent royal decree issued in September 2017 in Saudi Arabia allowing women to drive starting from June 2018, said, “it’s not just a social change, it’s part of economic reforms.”

The authorities of the Gulf Cooperation Council (GCC) countries are all looking at ways to promote greater involvement of women. But why? Besma Al-Qassar, a women’s activist in Kuwait, has a simple answer: “Because women are half of our society,” and yet, she points out, despite the higher achievement in education, are vastly under-represented in the work force. According to a World Bank report, Paving the Way for Women’s Economic Inclusion in the Gulf Cooperation Council (GCC), investments in education have not translated to improvements in employment rates. This “Education and Employment Paradox,” as experts call it, wastes resources and slows economic growth. It seems women are unable to compete on an equal footing.

That’s why the authorities of the six GCC countries are all looking at ways to increase women’s economic empowerment and participation in their respective countries. Two of the GCC countries, Saudi Arabia and the United Arab Emirates, are among the earliest and largest donors to the Women Entrepreneurs Finance (WE-Fi) initiative, a multilateral financing facility housed in the World Bank. It aims to support greater women’s integration in the work force in developing countries by supporting women’s entrepreneurship.

The World Bank, with its long experience helping countries around the world to enhance women’s economic participation, can provide valuable expertise and knowledge to GCC countries. Job creation in the GCC’s private sector has been too limited to absorb the large and growing number of young women who would like to work. Improving opportunities for entrepreneurship by removing gender-based barriers to starting a business is key, as documented in the World Bank’s latest Doing Business report, which for the first time this year captured gender disaggregated data.

Investing in female entrepreneurs has far-reaching benefits, reaping dividends for families, local and national communities, and economies at large. In one of the most fragile regions of the world, the World Bank is contributing to building more resilient societies, where growth and prosperity are shared by all. The WeMENA Initiative is a World Bank-sponsored business model competition in the Middle East and North Africa (MENA) that aims to empower and support women entrepreneurs developing innovative and financially sustainable businesses.

All six GCC countries have adopted new visions promoting economic diversification and a move towards knowledge-based economies. Women’s economic empowerment is a common theme in all of them. In addition, over the last decades, the GCC countries have adopted various laws and policies aimed specifically at promoting women’s inclusion in social and political life, starting from 1975, when the UAE established the General Women’s Union to support the needs of women. For example, the decision to allow women to work in more areas of the private economy, including in the retail sector, has enabled a large number of Saudi women to enter the labor force. Other recent steps to lift restrictions have also had both symbolic and practical impacts on the ability of women to participate in economic and social life in Saudi Arabia. Such steps range from the opening of the first mixed-gender campus at the King Abdullah University of Science and Technology in 2009, to the more recent announcements by King Salman to order a review of laws that still make it hard for many women to work, travel, undergo medical procedures and go to university without the permission of their guardian, and to be allowed to drive. Global Economic Fora support female leadership, and pave the way to a more equal and inclusive future. Women in Leadership (WIL), an annual global economic forum supported for the third consecutive year by the UAE Ministry of Economy, provides a setting for hundreds of global stakeholders to tackle the pervasive issues holding back gender parity.

Still, studies have shown that the MENA region loses more economic potential due to low female economic participation than any other region of the world. And the Gulf countries’ big investments in education in recent decades have hardly put a dent in this situation. Women in the region face a number of family-care responsibilities as well as time and mobility constraints that discourage them from seeking employment. And they are under-represented in policy-making bodies that can affect employment policies. Yet there is only limited data and little understanding about what concrete policy solutions might facilitate, or incentivize, more women to join the work force.

Even more than men, women in the GCC countries often prefer public sector jobs (e.g. in education and health fields) that are more socially acceptable. Despite the significant skills and human capital of women, there are still significant hurdles to career mobility and advancement. Women also tend to retire earlier than men (also due to perverse incentives in the pension scheme), effectively ending their career advancement and causing a rapid dissipation of human capital once they exit the labor market.

In its Paving the Way for Women’s Economic Inclusion in the Gulf Cooperation Council (GCC) report, the World Bank proposes a pragmatic approach to supporting the GCC’s economic vision and long-term objectives of enhancing women’s economic participation. The report outlines options for government action and private sector engagement.

The Bank proposes its collaboration and support in carrying out four objectives:

To achieve these objectives, the Bank will pursue two main areas: