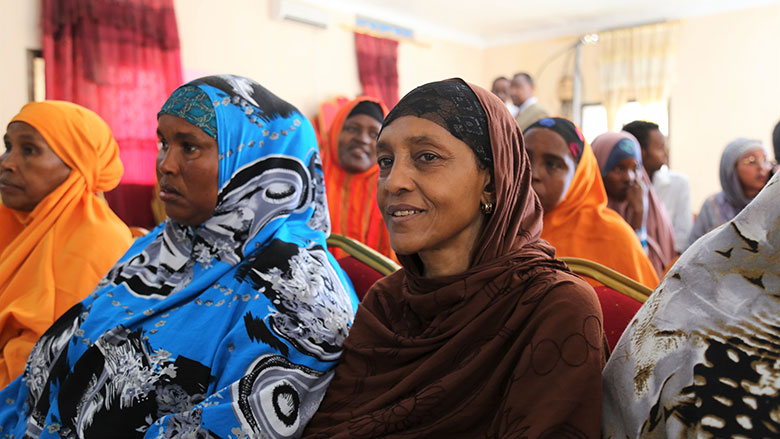 The Benadir Regional Administration (BRA) hosts regular community consultations to understand and account for the needs of each district. 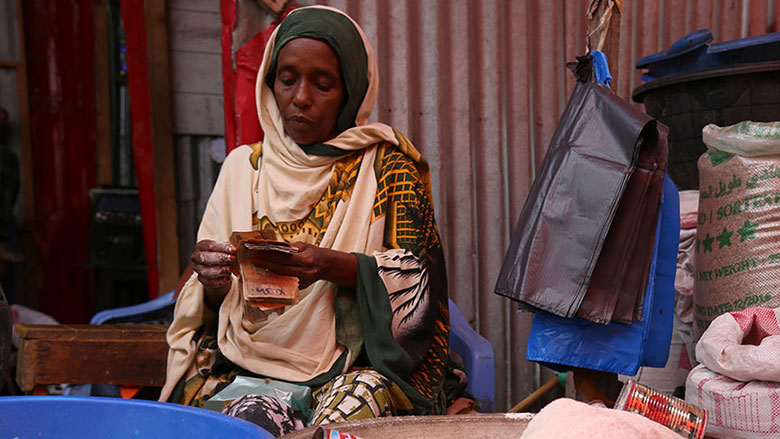 MOGADISHU, September 7, 2017–Somalia’s economic potential is well-known: it has the longest coastline in mainland Africa, a thriving private sector, a young labor force and untapped natural wealth. Moreover, members of the Somali diaspora are returning to Somalia with much-needed capital for growth and development.

But what will this potential amount to if urban areas are unable to deal with stresses and shocks related to drought, floods and insecurity? Urban resilience is the ability of communities, institutions, businesses, and systems within a city to survive, adapt, and grow, regardless of the chronic stresses and acute shocks they may experience. How well does this description reflect Somali cities?

That question became pressing in the first half of 2017, where Somalia faced its worst drought in decades. Over half the population – an estimated 6.7 million people – were in need of humanitarian assistance and recovery support. Over 680’000 people were displaced in the same time period, most of whom were displaced from rural to urban areas. The vulnerability of the urban poor escalated due to pressure from urbanization, the competition for scarce resources, and weak governance structures.

Confronted by these challenges, Somali authorities responded with the support of the World Bank through the Somali Urban Investment Planning Project (SUIPP). Local governments have taken the lead in identifying select urban investments that can help improve urban resilience in their respective cities. The project assesses the feasibility and prepares preliminary designs for these prioritized selected urban investments and also helps prepare municipalities to oversee their construction by building procurement, financial management capacities. Administered by the World Bank through the Multi-Partner Fund (MPF), SUIPP increases the ability of local Somali authorities to prepare and implement urban development projects.

SUIPP prepares the ground for a proposed larger scale, World Bank supported infrastructure project. Once underway, this larger project, named the Somali Urban Resilience and Recovery (SURR) project, will signal the importance of supporting urban resilience, and places local authorities, including BRA, in the forefront of the urban agenda. SURR would also create jobs by financing basic rehabilitation of infrastructure. 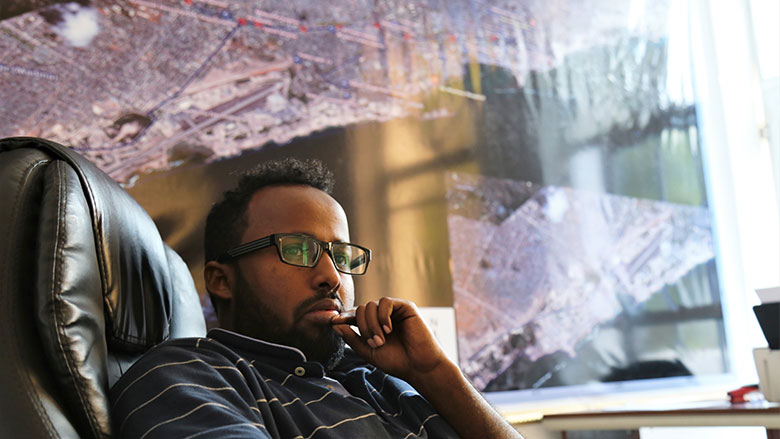 The Benadir Regional Administration (BRA), the local authority that governs the capital and implements SUIPP, has made the urban agenda their priority. Focusing on community road rehabilitation, BRA has completed feasibility studies, preliminary designs, and environment and social safeguards studies for the rehabilitation of community roads to improve transport and transit efficiencies across the 17 districts. The roads to be rehabilitated have been selected by the districts themselves through a consultative process. The road rehabilitation will provide much needed short term labor opportunities for the poor and marginalized within Mogadishu, many of whom are internally displaced.

Mogadishu is one of the fastest urbanizing cities in the world, largely driven by its improving security situation, economic prospects and displacement. The recent Somalia Economic Update (SEU) showed that 70% of Somalia’s Gross Domestic Product (GDP) is urban-based. It also concluded that resilience to recurring natural hazards requires considerable, longer-term investment in urban livelihoods, services and infrastructure. Urban sector development is an important factor in development given its potential to enhance economic productivity, reduce human vulnerability and build the capacity of local authorities, including BRA.

Evidence indicates that infrastructure development projects can have social, human and economic impacts and outcomes for targeted communities. Infrastructure development furthermore can have different impacts and outcomes on men and women, influencing access to services and economic opportunities, resource allocations, and participation in community decision-making. The socio-economic impact study informs larger scale infrastructure investments to ensure they have an equitable impact to all community groups.

Omar Hussein, the project lead from BRA, emphasizes the need of inclusive urban development. “We don’t implement anything unless every affected stakeholder is involved in decision-making. We have to consult professional groups, women, youth, religious leaders and other affected groups to fully scope the urban development needs in Mogadishu. These are the groups that selected the roads to be rehabilitated within their district”.

Preparing for recurrent natural hazards is also crucial, as Mogadishu is the premier destination for Internally Displaced Persons (IDPs). Improving infrastructure and retrofitting key roads to improve connectivity across districts and water infrastructure will increase the capacity of societies to react and recover from hazards.

Through SUIPP, BRA has clearly mapped the strategic planning capacity, technical and operational capacity, fiduciary systems, transparency and accountability mechanisms, and environmental and social management. With this important groundwork in place, Somalia’s urban zones are setting the stage to foster greater stability through urban investments.

Since the World Bank’s reengagement in 2013, Somali authorities have been implementing Bank-funded projects. Recognizing that the State has the primary role to reduce disaster risk, the Government stresses urban development as a strategic priority across Somalia. Working through country-systems also increases the capability of Somali authorities to design, implement and own urban development projects

The World Bank Group, through the Multi-Partner Fund, supports a range of state-building initiatives in Somalia, most of which are implemented by the Federal Government of Somalia and its regional counterparts. Examples include the Public Financial Management (PFM) Reform Project, which provides digital systems for transparent financial management, and the Special Financing Facility for Local Development (SFF-LD), which supports construction of infrastructure in Somalia through the Ministry of Finance.