Harnessing a Rising Tide – A New Look at Water and Gender 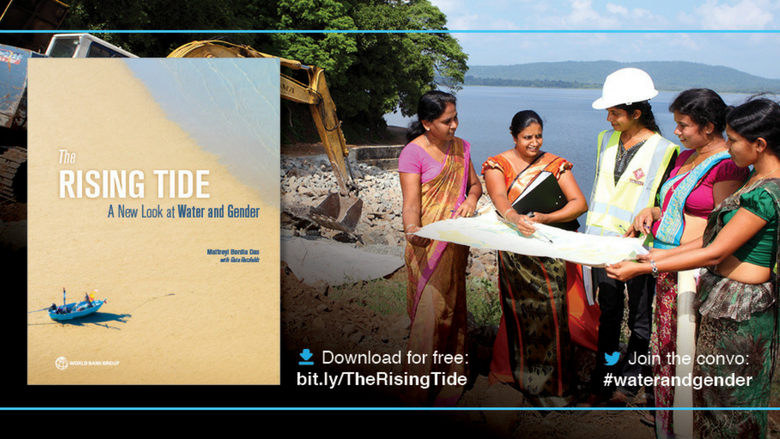 Read and Download The Rising Tide: A New Look at Water and Gender

A rising tide of social, economic and technological progress has provided the world with immense new opportunities.  This proverbial tide has raised many boats, but has left others behind. Individuals and groups who belong to certain ethnicities, religions, tribes, castes, races, disability statuses, locations, or sexual minorities have not been lifted.

That’s why a new World Bank report “The Rising Tide: A New Look at Water and Gender” provides a fresh look at the relationship between water and gender.  As Senior Director of the World Bank Water Global Practice Guangzhe Chen says: “We believe this report will help those who want to advance social inclusion in water, close gender gaps, and lift those who all too often are left behind or left out. “

For the World Bank, water and gender equality is a vital issue.  The Sustainable Developments Goals provide both an ambitious mandate and ambitious targets.  A new World Bank Gender Strategy raises the bar for our own work.  And the World Bank Water Global Practice have recently launched a new partnership for water security and sanitation.

The Rising Tide builds on a previous World Bank report on social inclusion and tells us that water is an asset, a service, and a space. That’s because water has distinct economic as well as noneco­nomic and nonmonetary values. Some values are spiritual or social and the underlying norms and practices that play out are often deeply gendered. Informal institutions, taboos, rituals, and norms all play a part in cement­ing the status quo.

The Rising Tide shows how water often reflects, and even reinforces, gender inequality.  As the foreword of the report explains: “(The report shows us that) water is an arena where gender relations play out in ways that often mirror inequalities between the sexes. And it examines how norms and practices related to water often exacerbate ingrained gender and other hierarchies.” 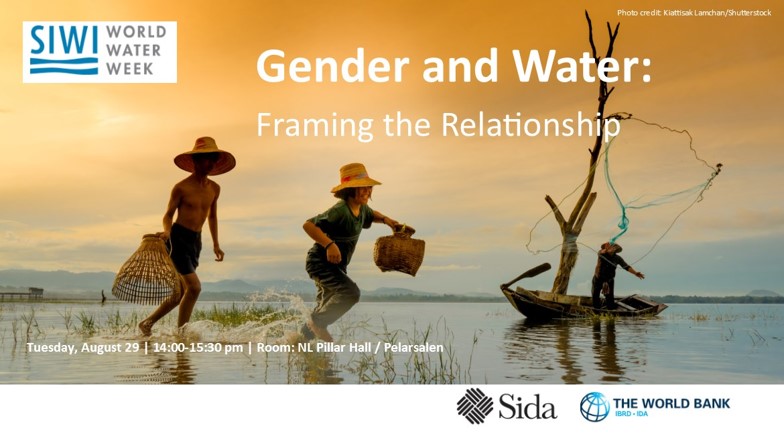 The report will be presented and discussed on August 29 at World Water Week 2017 in Stockholm.

This relationship between water and gender often plays out in unexpected ways. For example, not all women are disadvantaged, nor all men privileged. For example, we know that women are disproportionately responsible for fetching and managing household water.  But the report also points out that women’s and girls’ relationship with bodies of water is often quite different from that of men and boys.  In developing countries, for instance, the former are less likely to be taught to swim.  However, men are also more likely to die of drowning than women.

Since water is a site where gender relations play out, interventions that balance these relations in water-related domains can have a strong influence on furthering gender equality more broadly.

The report shows that noneconomic values of water are important for policy and practice. It describes how they influence the behavior of individuals and groups, particularly their response to water-related reforms or interventions.  This means that policies and programs have huge potential to drive and shape change.

The Rising Tide looks at water in all its forms and manifestations. That is indeed a daunting task, but also essential for understanding the interplay between gender and water in its complexity and nuance.

This is one of the very few analyses that takes such a broad view of water and makes the connection to gender inequality. As Maitreyi Bordia Das, the lead author of the report, adds: “The report frames questions, challenges assumptions, and presents evidence. Its overarching message is that to find the right answers, we need to ask the right questions. We hope the report contributes to broad and integrated thinking about water and gender.”