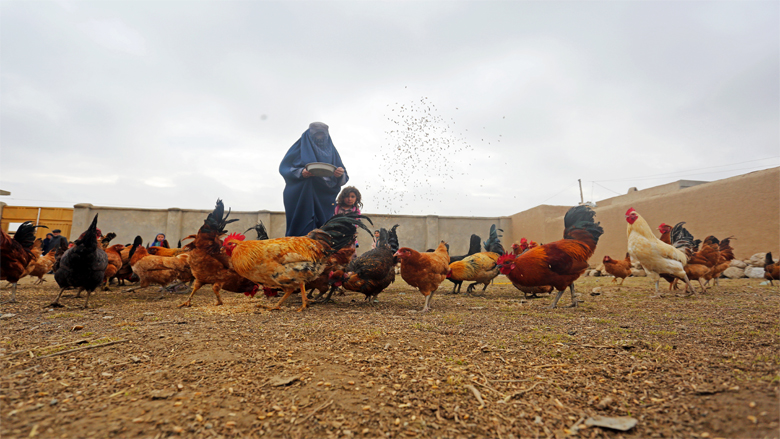 Afghanistans Rural Enterprise Development Program (AREDP) aims to increase the employment and income of rural women and men through organizing the rural poor into Savings Groups, Village Savings and Loan Associations, and Enterprise Groups. To acheive this, members of each saving groups and village saving and loan associations receive training sessions on bookkeeping, accounting, planning, leadership and investment.

NAHR-E-SHAHI DISTRICT, Balkh Province – Halima, 35, is showing her daughters how to feed the chickens strutting around the yard. She is the proud owner of a small poultry farm in Noor-e-Khuda village.

Her poultry farm, established in 2014, houses 100 chickens and roosters. “Now women too have a role to play in family finances,” says Halima, an entrepreneur and mother of seven. There was a time when Halima was a housewife and did not have any independent source of income. Her husband’s income as a daily wage laborer was not enough to make ends meet but she was unable to supplement it. In rural Afghanistan, women do not take up employment outside the household for fear of social ostracism.

Halima was offered a way out of their poverty through a loan from the Village Savings and Loan Association (VSLA) in her village in Nahr-e-Shahi district, Balkh Province. “I remember some men who told me that women are useless but I never accepted that,” says Halima as she proudly gives a tour of her farm. “I had a dream to do something more with my life and the VSLA has helped me achieve this.”

The VSLA was established with the support of the Afghanistan Rural Enterprise Development Program (AREDP), which encourages women to come together and establish Savings Groups (SGs). Halima’s village had adopted this model and established SGs and a VSLA, which she became a member of. As a member, she was granted four loans ranging from 5,000-30,000 afghanis each (about $75-$450) by the VSLA.

With these loans, Halima established a poultry farm and bought a cow and a motorcycle for her husband so that he too could work. Halima’s husband now works as a porter, while she manages the poultry and cow. Halima supplements her husband’s income by selling 40 eggs a day in addition to milk and dairy products and earning 350 afghanis (about $5) daily.

"I remember some men who told me that women are useless but I never accepted that. I had a dream to do something more with my life and the Village Savings and Loans Association (VSLA) has helped me achieve this."
Halima, entrepreneur
Noor-e-Khuda village 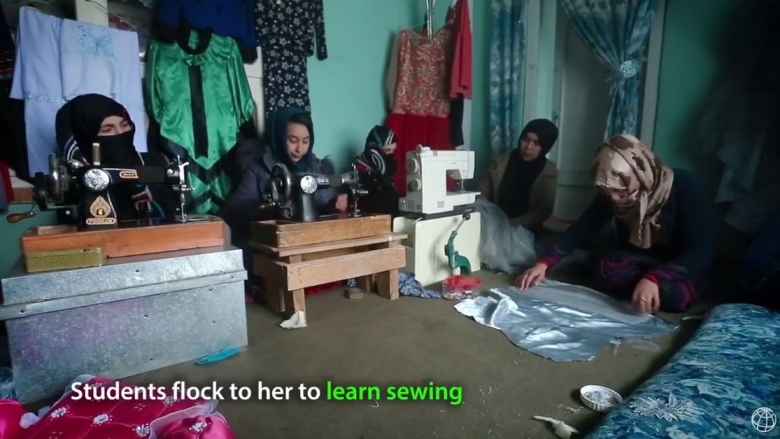 Globally, microfinance and self-help groups have ensured access to funds and markets for millions trapped in poverty. Rural Afghanistan is no exception. Household savings augmented by support from programs, such as AREDP, have helped many like Halima start their own small-scale units. “Now people like me are self-sufficient,” says Halima. “We have our own savings and collect them in the Savings Group and VSLA. Life is good.”

Started in 2010, AREDP is a program of the Ministry of Rural Rehabilitation and Development (MRRD), which aims to increase the employment and income of rural men and women. The program works to enhance economic mobilization and activities by organizing the rural poor into Savings Groups, Village Savings and Loan Associations, and Enterprise Groups (EGs).

AREDP provides technical support to these groups so as to build a financial discipline through savings and internal lending practices. AREDP receives funding support from the International Development Association (IDA), the World Bank Group’s fund for the poorest countries, and the Afghanistan Reconstruction Trust Fund (ARTF).

The program is currently active in five of the 34 provinces in Afghanistan: Balkh, Herat, Bamyan, Parwan, and Nangarhar. In Balkh, the program covers four districts—Dihdadi, Nahr-e-Shahi, Charkent, and Balkh. To date, the program has established 581 SGs, 59 VSLAs, 246 EGs and 144 small and medium enterprises in Balkh Province. Each SG comprises 10-12 members and each VSLA is a federation of more than 15 SGs. They collect an agreed monthly amount of money from each member. 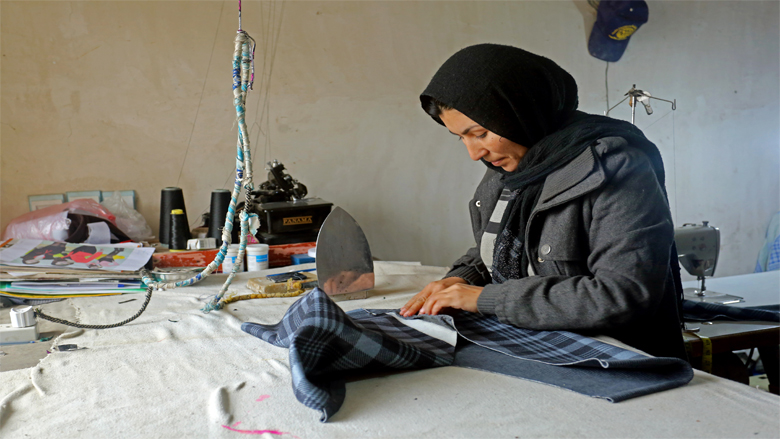 With support from the Afghanistan Rural Enterprise Development Project (AREDP), the Village Savings and Loan Association (VSLA) has given beneficiaries the opportunity to improve their livelihoods by borrowing and investing, which they would not have been able to do otherwise.

Training in Finance and Business

AREDP also provides training and logistical support. After the establishment of a SG or VSLA, it provides training for each group in bookkeeping, accounting, banking, planning, leadership, and investment. The training enables members to understand how to run and manage SGs, VSLAs, and small businesses. “We learned how to plan a business and how to distribute loans among VSLA members,” says Fatima, 34, head of the VSLA in Noor-e-Khuda village and owner of a small sewing enterprise.

The VSLA has given beneficiaries the opportunity to borrow and invest, which they would not have been able to do otherwise. “We had no money to invest in more machines,” Fatima says. “I went many times to banks but they rejected my loan application because I had no guarantee. Now I can easily take loans from the VSLA.” Fatima now owns four sewing machines and sews clothes for women and children. She also offers apprentices an opportunity to learn from her and teaches three students.

With a boost in livelihoods comes a sense of positive achievement and competition. “When I realized that my neighbor had started a sewing enterprise, I decided to take a loan and start earning money too,” says Sakina, 24, a resident of Noor-e-Khuda village and proud owner of a small sewing enterprise in her home. “I want to expand my work to have more sewing machines and students,” she says, “I save money every day and want to establish a big sewing production one day.”