Investment Needed to Treat TB in Miners and Their Communities 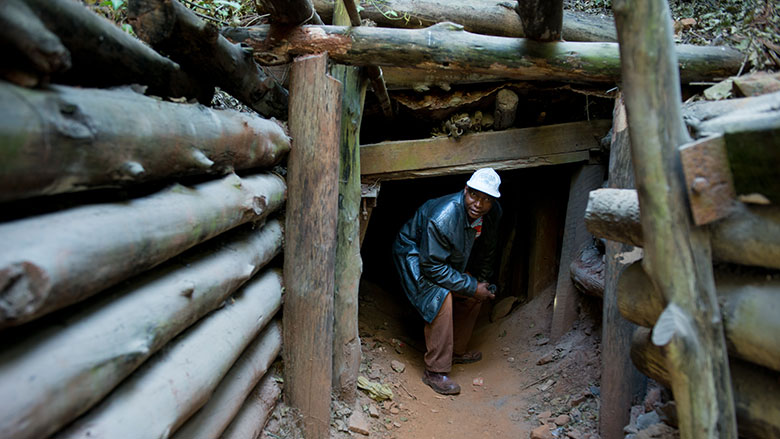 JOHANNESBURG, July 27, 2017—Tuberculosis (TB) still ranks as one the top five causes of death in Southern Africa, despite an overall decline between 1990 and 2013 in the number of deaths from the disease globally.

TB is an infectious, bacterial disease that usually affects the lungs, and silicosis is a lung disease caused by inhaling mineral dust.

Miners, most of whom work in close proximity to each other in confined spaces underground in southern Africa’s large, commercial mines for gold, copper, and other minerals, tend to have a higher prevalence of TB. The AIDS virus, which weakens the immune system, also plays a role in the risk of developing TB.

Statistics from South Africa’s gold mines in suggest a TB rate of more than ten times the World Health Organization’s emergency threshold of 250/100,00—or about 2,500–3,000 diagnosed cases per 100,000 people. To make matters worse, it is thought that 70% of occupational TB cases go undetected.

An estimated 500,000 miners currently work in South Africa, where the World Bank and others joined in the fight against TB are discussing initiatives to tackle it. Their meeting, Smart Investments in Health: Mining as a Catalyst for Building Sustainable Communities, brings together representatives from mining associations, as well as members of the private sector, governments, civil society, and academics.

The focus of their work is built on previous initiatives to improve mining policy and legislation to help reduce miners’ exposure to TB infection and make sure they work and live in safer environments.

“Coming out of this meeting, it is important to continue to explore the role of industry in complementing government efforts to increase basic health services in mining communities and incentivize investment in health and safety,” said Patrick Osewe, the World Bank’s Global Lead for Healthy Communities.

Community development trusts are being considered as models for investing in initiatives against TB, as well as the use of technology and information management, and the separate roles social labor plans and corporate responsibility should play.

“We hope this meeting will mobilize the resources required to deal with the effects of TB and dust-related diseases,” said Paul Noumba Um, the World Bank’s Country Director for Botswana, Lesotho, Namibia, South Africa, Swaziland, Zambia, and Zimbabwe. “And that it will galvanize lawmakers into bringing in legislation for the provision of occupational health services in their countries.”

Some countries lack the regulations and institutions needed to adequately address the effects of mining on the health of miners and the communities around mines, with services especially limited for workers in artisanal and small-scale mines.

The World Bank and the UK’s fund for international development, Dfid, have invested in mechanisms that could unlock more finance for the TB initiative, while the Global Fund has contributed US$30m for TB initiatives in Botswana, Lesotho, Malawi, Mozambique, Namibia, South Africa, Swaziland, Tanzania, Zambia, and Zimbabwe.

This is in addition to US$120m in World Bank support for four Southern African countries.

Many miners are migrant workers and so initiatives designed to help them include the harmonisation of TB management protocols to ensure they receive uninterrupted treatment for TB and medical referrals from one country to another.

Other initiatives taken include training for 130 health workers from Southern Africa, a database of ex-mineworkers, the geospatial mapping of both mines and health services, and the tracking and tracing of unclaimed benefits for ex-mineworkers.